These Bikes Ran Away From The Circus 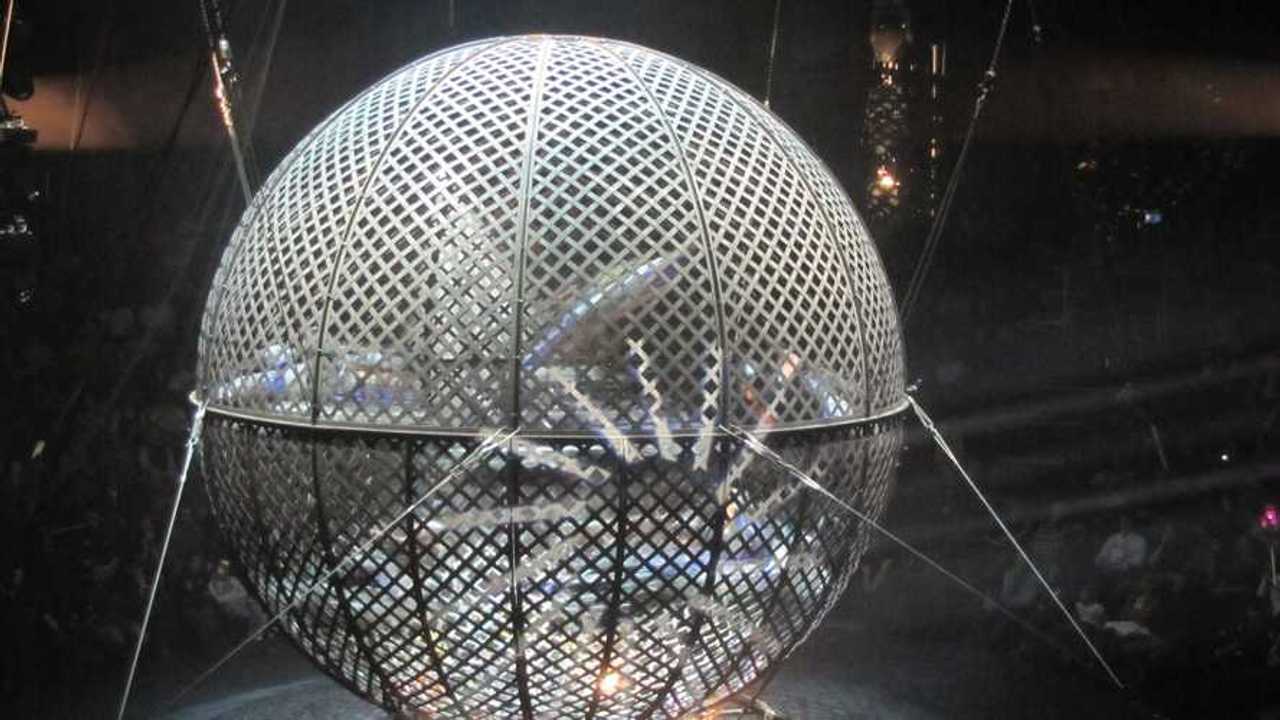 People sometimes joke about running away to join the circus. Three motorcycles from Gandeys Circus in the U.K. did just the opposite Wednesday night, running away from the circus, in the hands of thieves.

The bikes in question are described as two Honda CRFs and one Kuba. They were used inside "Thunderdome," more commonly known as the "Globe of Death," a metal sphere in which one or more riders gains enough speed to do complete circuits around the inside, seemingly defying gravity. These bikes had been modified with different size wheels, and the circus had said they were "impossible to replace easily." More on that later.

Wednesday night, a couple of clowns allegedly cut through a fence at Aintree Racecourse (or maybe a strongman busted through it), and made off with the special bikes. No doubt the ringleader of this troupe of thieves thought this sort of monkey business was pretty amusing.

The circus has offered a £500 (about $650 U.S. freedom dollars) reward for information leading to the recovery of the stolen bikes, as well as the arrest of the thieves.

Gandeys' bad luck continued Saturday night. Despite the circus saying the bikes would be nearly impossible to replace, they had acquired new bikes from Hunts Motorcycles in Manchester. After practicing with the new bikes, the riders decided to perform in Thunderdome during the evening show. When a third rider entered the sphere, she crashed into a rider already orbiting inside.

Did the crash occur because the stunt riders were using unfamiliar bikes, perhaps not specially modified for Thunderdome the way the stolen bikes were? Perhaps. We really don't know. Regardless, we're glad that rider Glennis suffered nothing more serious than a broken ankle, and we wish her a smooth, quick recovery.