While digging around on the internet the other day, Sabrina and I came upon something very interesting on the Free Patents Online website (We love a good patent, what can we say?). From what we can glean from the German language patent, it seems like our friends over at BMW are working on a hybrid drive system for motorcycles. 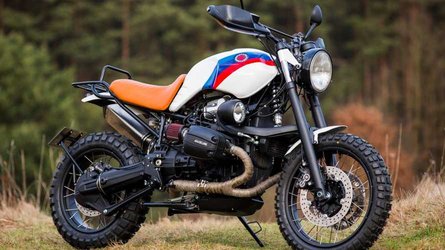 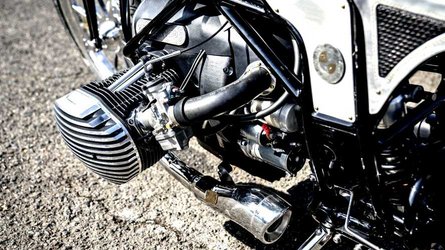 Published on February 14, 2019, the patent is for an "Invention (that) relates to a drive device for a motorcycle comprising an internal combustion engine having an adapter assembly arranged on a first end face of the internal combustion engine and which has on a connection face opposite the first end face at least two connection geometries for different electrical drive units". That's an extremely long-winded and un-sexy way of saying that it's for a gas-powered mill that mates to a couple of electric motors. That's interesting. That's very freakin' interesting, man.

Now, the Bavarians have teased us with a hybrid bike before. Cast your mind back to April 1, 2017. That's the day every motorcycle journalist and site editor in the world woke up to a press release from BMW stating, "BMW Motorrad launches the R1200GS xDrive Hybrid. World premiere of the first travel enduro featuring Hybrid All-Wheel Drive." There was a collective gasp as thousands of bike nerds journalists and bloggers took to their computers, then five minutes later an anguished, disappointed groan as we all realized, as one, that it was an elaborate April Fool's joke. Not cool, BMW.

Here's the weird thing. Just days before the hybrid R1200GS prank, a BMW patent was published on the World Intellectual Property Organization for a "motorcycle with an electrically drivable front wheel". That patent was initially filed in Ze Fazerland in September, 2015 and was internationally filed in June 2016. They were working on an all-wheel-drive bike already! The press release was (maybe) hiding an actual BMW skunkworks project in plain sight. The absolute cheek.

So, what does all this mean? The newly published hybrid boxer patents combined with those older patents for an AWD bike with an electrically-driven front wheel suggest that BMW might actually be rolling out the R1200GS xDrive or something like it. The company also has experience with hybrid technology, a fact that thickens the case, as it were.

Are we going to see a hybrid, AWD bike from BMW in the near future? Maybe! Stay tuned, if there is a hybrid Beemer coming down the pipe, you'll be the first to know.