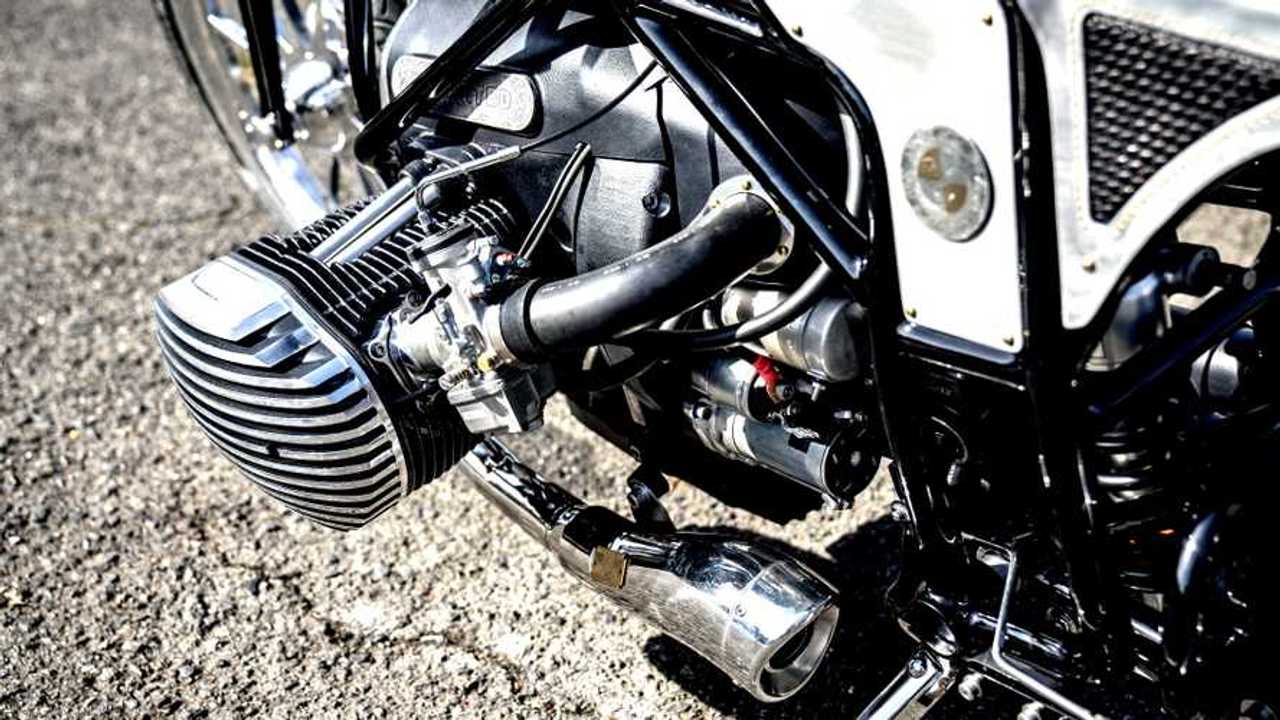 It is not unusual for a bike company to build buzz by commissioning show bikes based off an upcoming model, but the R18 "Departed" seen at the Yokohama Hot Rod Show has a unique 1800cc cam in block boxer powering it. Lately the usually conservative BMW has been surprisingly good at teasing new models with killer custom bikes, like the Roland Sands R90 which became the RnineT. Could BMW be planning to build a throwback, air/oil-cooled, pushrod, big bore power cruiser to once again take on Harley?

Everything New Under The 2019 BMW Sun

Custom Works Zon is a Japanese builder known for building Harley-Davidson customs, and often using over-sized wheels with skinny tires to give them an impossibly light, airy look, and that is evident on "Departed" as well. Obviously, BMW wouldn't build a cruiser with a 26-inch rear wheel, but Yuichi Yoshizawa the builder called it “...the prototype of such a spectacular new boxer engine...” in the official press release. Yamaha and Harley can make traditional looking air-cooled motors with pushrod valve actuation meet all current emissions laws, so why not BMW?

The Yamaha pushrod V-twin in their touring bikes puts out 126 pound-feet of torque at 2,250 rpm, and pulls to 80 rear wheel horsepower (according to Cycle World) at just over 4,000 rpm. You would think BMW could match those numbers easily, while meeting Euro 4 emissions and worldwide noise regulation, to give you a cruising experience where you can feel every individual power pulse. After all, cruisers are about character and feel, and not about bouncing off the rev limiter, while dragging a knee through the canyon, so having huge torque down low, and a lumpy idle are the most important aspects of the motor.

Well, that and looking awesome! And looking awesome is most likely why they would return to huge finned cylinders and a cam in the block. The lack of overhead cams allows the styling department to do finish off the cylinders with a lot more latitude than they would have otherwise. CW Zon machined their own finned billet covers for the motor, making the cylinder bores look even bigger than they are, reminiscent of the WWII era R71 or the Harley-Davidson XA.

BMW last made a cruiser with the R1200C from 1997 to 2004, and over the years sold more than 40,000 of them. According to then President BMW Motorrad Dr. Herbert Diess, the only reason the stopped making them was because they did not have a suitable powerplant that would meet emissions and customer expectations. It appears the engineering department may have created just such a motor.

9 Photos
++
Got a tip for us? Email: tips@rideapart.com