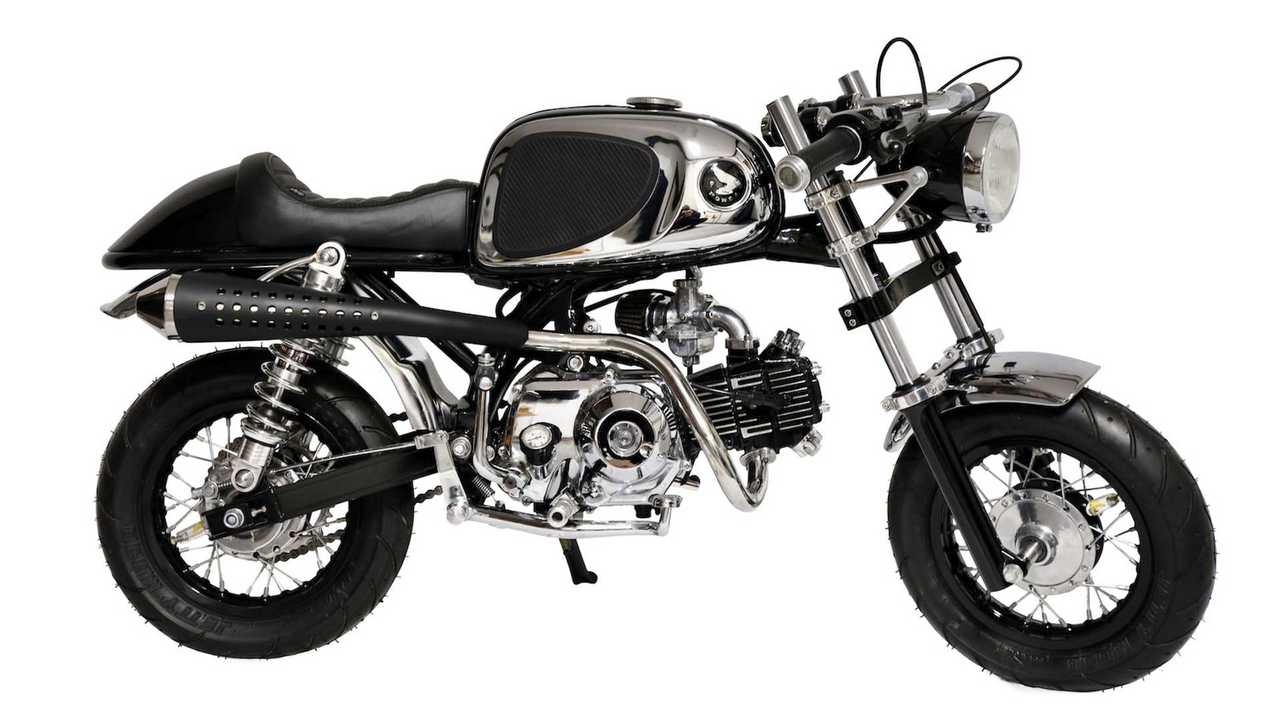 The Honda Monkey is a funky and cool little bike. Whether it’s the original Z50 or the all-new Monkey, it’s hard to find a cuter-looking bike. Returning to the lineup this year, the tiny 125-cc bike is hard to take seriously—except on a fun scale. With its perfectly retro look that’s been shrunk in the dryer, the Monkey is not only adorable, it’s also heaps of fun to ride on and whip around. Is there any way it could be any cooler? Well yes. Yes, there is.

Everyone, meet the widdle Z50 Baby Black Bomber, the work of Chris Top from Utopeia Motorcycle Company. This miniature café racer custom job was inspired by 1967 Honda’s CB450 Black Bomber. Chris took a 1977 Z50 that he proceeded to strip down and dress back up again with new components. He integrated four hobo coins into his design, including two (appropriately) engraved with the face of a monkey decorating the end of the hand grips. The tank was taken from 1964 Honda CZ100 and integrated to the Z50 frame.

Other modifications include a big bore kit that boosts the small 50cc mill output to 88 horsepower, a heavy duty clutch, as well as a sized up carburetors. He also extended the swingarm by 1.5 inches and swapped the wheels for a set of wire spoke ones. The flat, cushy saddle has been replaced by a tiny banana seat with a rear cowl.

Chris told Silodrome that his aim with this design was to create a bike with the right proportions so people looking at it wouldn’t know whether it’s a small bike or a full-size café racer. The guy works out of a mobile shop set up in a trailer—is that the dream or what? Another one of his build is the Navajo’daka, built from a 1967 Hodaka Ace 100. Any bike lover should check out Utopeia Motorcycle Company’s Instagram account—that dude seems to be living his best life. Now tell me you don’t want to your hands on the Z50 Baby Black Bomber.