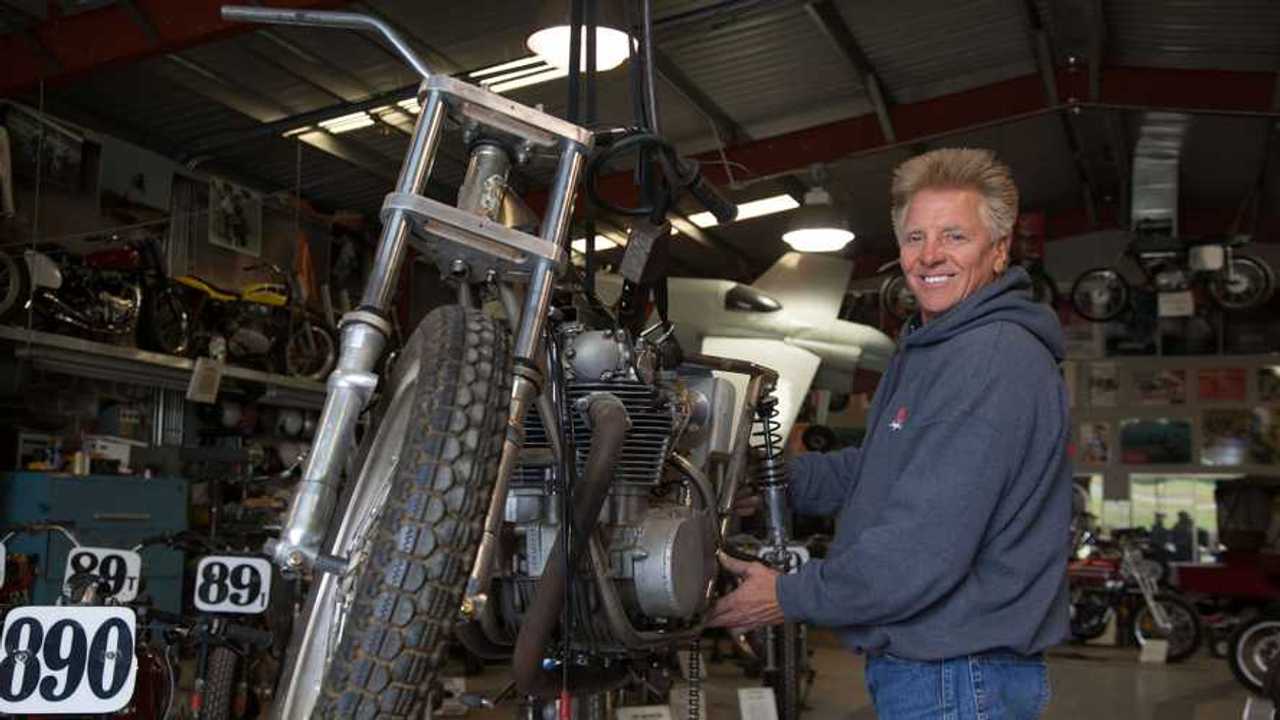 He's the unknown stuntman who made Evel, Namath, and Fonda look so fine.

We all know Evel Knievel by name, but when filming was done for "Viva Knievel!" in 1977, the movie industry turned to former AMA pro flat track racer Gary Davis to recreate the stunts, even though Evel was playing himself in the movie. At the AMA Hall of Fame ceremony last week Mr. Davis got his recognition, just 19 years after Evel himself. You may not know his name, but if you have seen a motorcycle stunt in a movie or TV show in the past 40 years you know his work, because he has nearly 300 movies, 200 TV episodes, and 150 commercials on his resume. When Arnold's stunt double jumped the Harley into the L.A. River, it was Gary who figured out how to do it (with 2 cranes, lots of wires, and a dually truck).

If Gary had been just a daredevil with little sense of self-preservation, he never would have managed to last as long as he did. From pro racer in 1969 (racing the likes of Kenny Roberts), he became an exhibition show jumper and surpassed Evel's 19 car record in 1972. His first job as a movie stunt man was working on the Joe Namath staring "C.C. & Company". A few years later he was doubling for Peter Fonda in "Race With the Devil" and figuring out how to coordinate the motorcycle jousting in the underrated "Knightriders" without anyone getting hurt.

You see, Gary isn't just an expert rider on any kind of bike, he has an engineering degree with a minor in physics, and he builds bikes. If you were looking for the perfect guy to coordinate a bike stunt, and get it perfect the first time and the 50th, you couldn't find better qualifications. He was one of the first stunt riders who wasn't flying by the seat of his pants, but was using math and science to save his skin. That's probably why he is still riding now (though he has liquidated most of his bike collection) despite his age.