The BMW C400GT Scooter Is All Grown Up 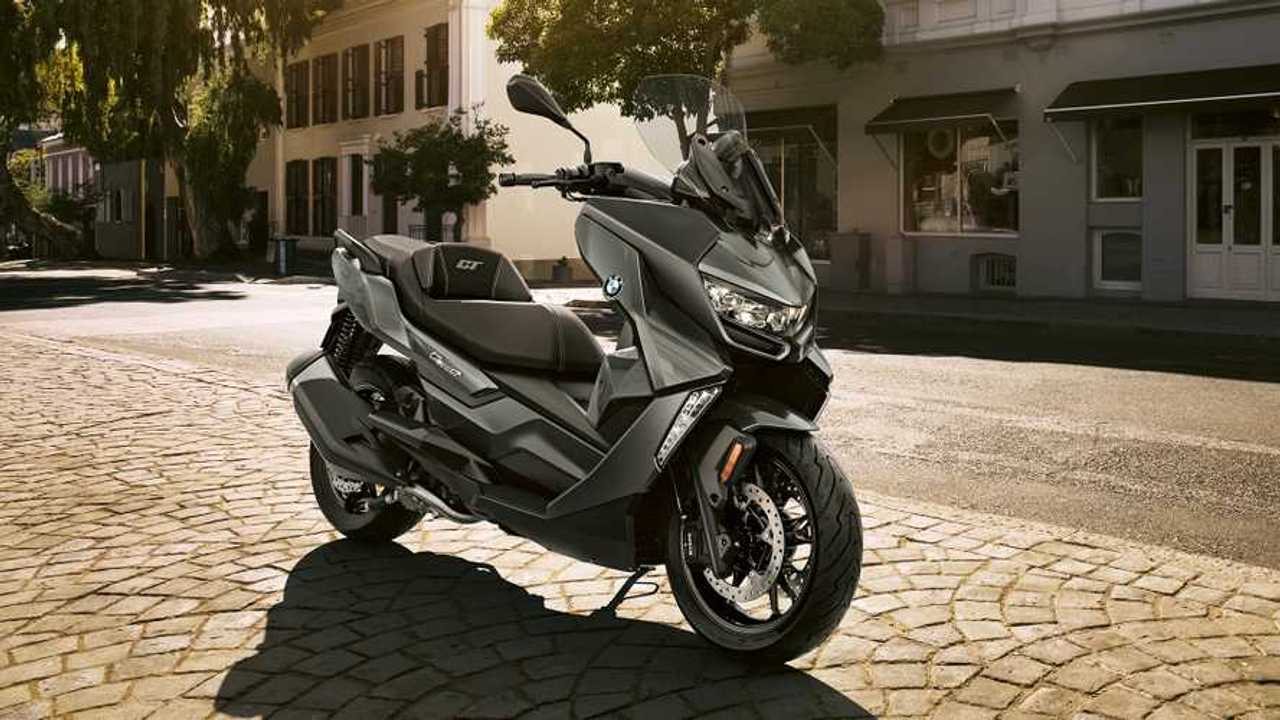 Mechanically similar to the C400X, the GT model is more of a touring scooter.

A more serious BMW scooter arrived at EICMA, the C400GT. Mechanically, it's quite similar to the midsize C400X introduced last year, but the GT model goes even farther upscale, with an emphasis on long distance riding and touring.

Looking at the C400GT's spec sheet alongside the C400X shows very little difference between the two models.  Both use a 350 cc engine making 34 horsepower, continuing BMW's trend of naming models with numbers higher than their actual engine displacement. They use the same tubular space frame, same suspension, and same brakes, including an anti-lock system by Continental. Clearly, the differences between these scooters are not performance related.

The C400GT is slightly bigger than its brother, with different bodywork and a taller windshield to better protect the rider. A large storage compartment lives under the seat, suitable for storing your helmet or packing cargo for a road trip. There are two smaller storage compartments in the front shield, one of which has a power outlet. The C400GT will also include keyless ignition, a center stand, and traction control. An analog speedometer with an LCD screen will tell you what's going on, with a 6.5-inch color TFT display with Bluetooth connectivity and navigation available as an option. Other options include an alarm system and a comfort package with heated grips and seat.

The other unique aspect of the C400GT is its styling. Its quad headlights with kidney nostrils underneath bear a greater resemblance to BMW's cars than its other motorcycles. We already know from the S1000R that BMW is expanding its M division, synonymous with performance, to an accessory line for BMW motorcycles as well. The C400GT further blurs the line between BMW's two- and four-wheeled offerings.