These Motorcycle Models Made From Watch Parts Are Amazing 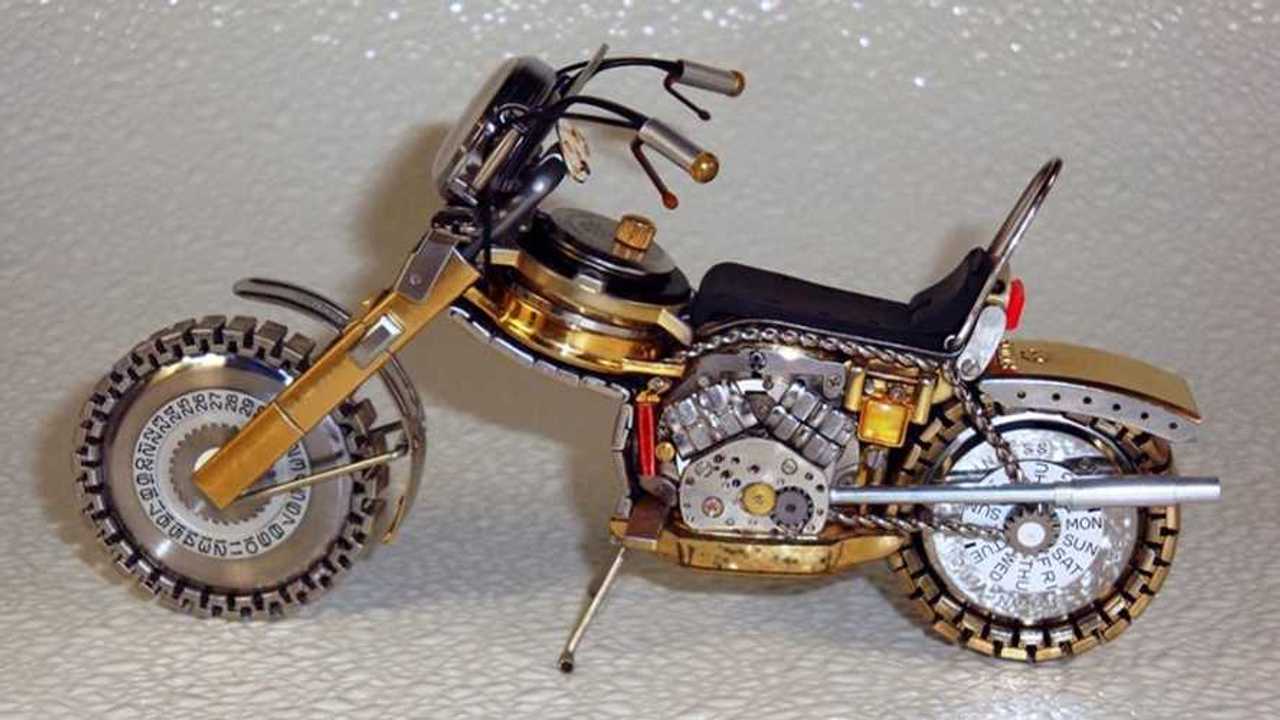 Many people say that you shouldn't take something apart unless you can put it back together again. I never learned that lesson, as my Suzuki Savage and GS650L parts bikes have proven. Dmitriy Khristenko doesn't seem to have learned this either but unlike my old motorcycles, Khristenko has turned countless dismantled watches into clever works of art, some of which are cool steampunk looking motorcycles.

MOTORCYCLES ARE WORKS OF ART

How Do You Turn A BMW G650X Into Artwork? Sink it!

The detail work that goes into these small models is amazing. V-twin engines, chains, and even gauge clusters are accurately modeled on these little bikes. Not only are choppers, cruisers, and scramblers represented in this collection, there are also some oddballs, such as a motorized three-wheeled scooter and a nifty bike with a tank tread instead of a back wheel.

Khristenko got the idea of building models out of watch parts from the internet. He picks up old watches from thrift stores, flea markets, and repair shops. They don't have to work, of course, because he just dismantles them to repurpose their parts for his creations. He doesn't plan his builds at all. He just starts putting parts together on a whim and lets them form themselves. That certainly explains some of his more unusual creations.

Although Khristenko does not currently ride motorcycles, he does have a history with them. He rode what he believes was an IZH when he served in the Army. Perhaps his military experience indirectly influenced the design of his bike with a tank tread.

Khristenko builds far more than just motorcycles. His creations include strange devices such as bikes, animals, and even Bender from Futurama. You can see more of his creative work on Facebook and his DeviantArt site.