Rocking Riders: On Her Bike Around the World 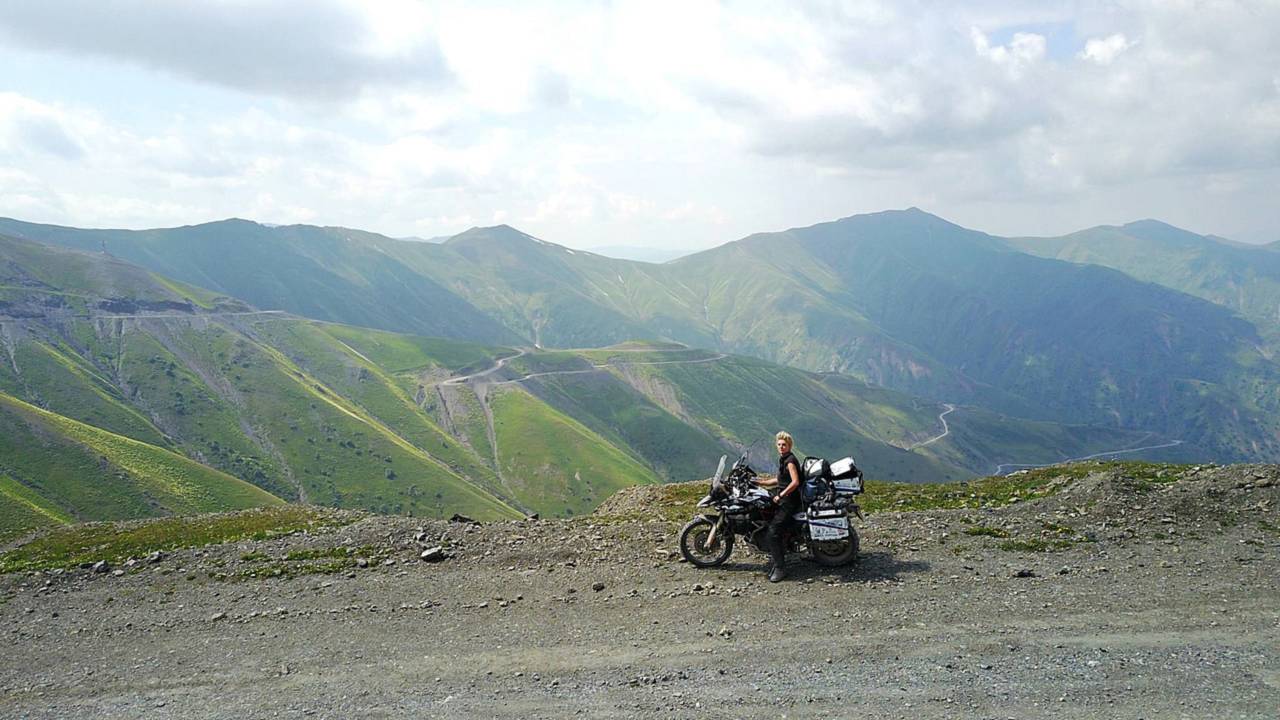 YouTube is a wealth of pretty amazing stuff. We're lucky to live in a time when riders from all over the world have the tools and the platform to share their adventures. At RideApart, we love to hear those stories and we thought we would share them with you so you too can discover someone new and really awesome.

Rocking Riders: One Wheel Up With Rok Bagoros
⠀

Rocking Riders: We’re Playing In The Dirt With EveRide

This week, let us introduce you to the On Her Bike blog and YouTube channel. Polish-turned-Aussie rider Kinga Tanajewska has been documenting her motorcycle adventures around the world since 2013. Tackling the roads on her loyal BMW F800GS named Chillie—her second F800 after a face-on collision wrote off the first one—Kinga has traveled far and wide across Australia.

The world is your oyster.

Then in April 2017, she left her adopted homeland behind to tackle a tour around the world she called "Are we there yet"—she didn't have the answer because she was pretty much just going with the flow, seeing where Chillie would take her. Not only did she do this trip to fulfill a lifelong dream, she also helped raise funds for little Franek, a Polish boy who suffers from cerebral palsy to help pay for his costly rehabilitation.

Now, Kinga is on the second chapter of her travels around the globe despite a crash that left her with an injured leg back in June. Lucky for us, she has been regularly posting amazing videos of her travels, showing the beauty and the sometimes harsh reality of traveling by bike. Awesome much?

Source: On Her Bike