Poor old Indian. Just when it looked like the grandest nameplate in American motorcycling was about to make its troubled comeback stick, another speed bump. Stellican Ltd., the British-based investment house that purchased the Indian name at bankruptcy auction in 2004 and rolled out a much-improved Chief in '08, was having trouble selling the stylish, skirt-fendered heavyweight cruisers. Thi...

Poor old Indian. Just when it looked like the grandest nameplate in American motorcycling was about to make its troubled comeback stick, another speed bump. Stellican Ltd., the British-based investment house that purchased the Indian name at bankruptcy auction in 2004 and rolled out a much-improved Chief in '08, was having trouble selling the stylish, skirt-fendered heavyweight cruisers. This despite Stellican principals Stephen Julius and Steve Hesse (a.k.a. collectively "The Two Steves") plowing something like $30 million into product development, dealership redesigns and an extensive parts-and-accessories line. It seems a $32,000 motorcycle, no matter how improved, stood little chance, especially when released straight into the teeth of the worst economic storm since the Great Depression. The announcement came on April 19 that Stellican had offloaded the entire Indian operation to Polaris Industries, parent company of Victory Motorcycles, for an undisclosed sum.

Reached earlier this week in England, Stellican's Julius said, "Any time you buy a business out of bankruptcy there are challenges, especially as we did with Indian starting with nothing but the trademarks. We had to buy a plant, hire a whole engineering team, staff every area, develop the product, build a dealer network–all of this in market conditions that were not easy."

For a man used to success, though, who led both Riva boats and Chris-Craft out of bankruptcy and back to financial buoyancy, it had to be a tough decision to sell.

"Would we have liked to carry on developing Indian? Yes. Was our work finished? Absolutely not," said Julius. "But sometimes you've got to take the opportunity when it's the right one for everyone concerned–and this certainly was. It just made a lot of strategic sense for the company. I believe the market generally thinks that we created a beautiful product, a beautiful store format, a lovely line of clothing. We had done a lot of things right. What's needed now is a bigger company to use its distribution muscle, its manufacturing muscle, its purchasing muscle to take Indian to the next level. I think Polaris Industries is absolutely the right outfit to do that."

Which brings us to Polaris CEO Scott Wine, Indian's new chief, interviewed by HFL two weeks after the acquisition was made public. Wine, 43, came to Polaris in 2008 and has put the $2-billion-a-year company into acquisition mode, unfamiliar territory for a firm that previously has grown its snowmobile, ATV and motorcycle divisions internally. In fact, the same week that Victory acquired Indian it was announced that Polaris had also agreed to purchase Global Electric Motorcars, a Chrysler subsidiary specializing in electric runabouts. When we talked, Wine was obviously still very excited about adding Indian to the company's growing portfolio.

In many ways, this is an interesting pairing. Victory, America's newest motorcycle company, without much history of its own, acquiring a storied brand that dates all the way back to 1901. How long has parent company Polaris been interested in Indian?

When Polaris decided to get into the motorcycle business, we considered at that time acquiring Indian. So, it dates back. It was 13 years ago when we started Victory. Indian has been on our radar screen for a long, long time.

Quite frankly, then, it's a little surprising that Polaris wasn't a player in 2004 when the Gilroy Indian trademarks and intellectual property went to auction.

It was a lot messier then compared to now. Indian was coming out of bankruptcy and it wasn't very clean; things would have been a lot more difficult. We've been studying this one for a long time, and we think now is the right time to for us to throw our weight behind it. We've got a strong Victory motorcycle business, and we just felt it was the right time to apply some of the resources and experience we've built up to this iconic American brand. It was fortuitous for us that we were able to get a deal done. 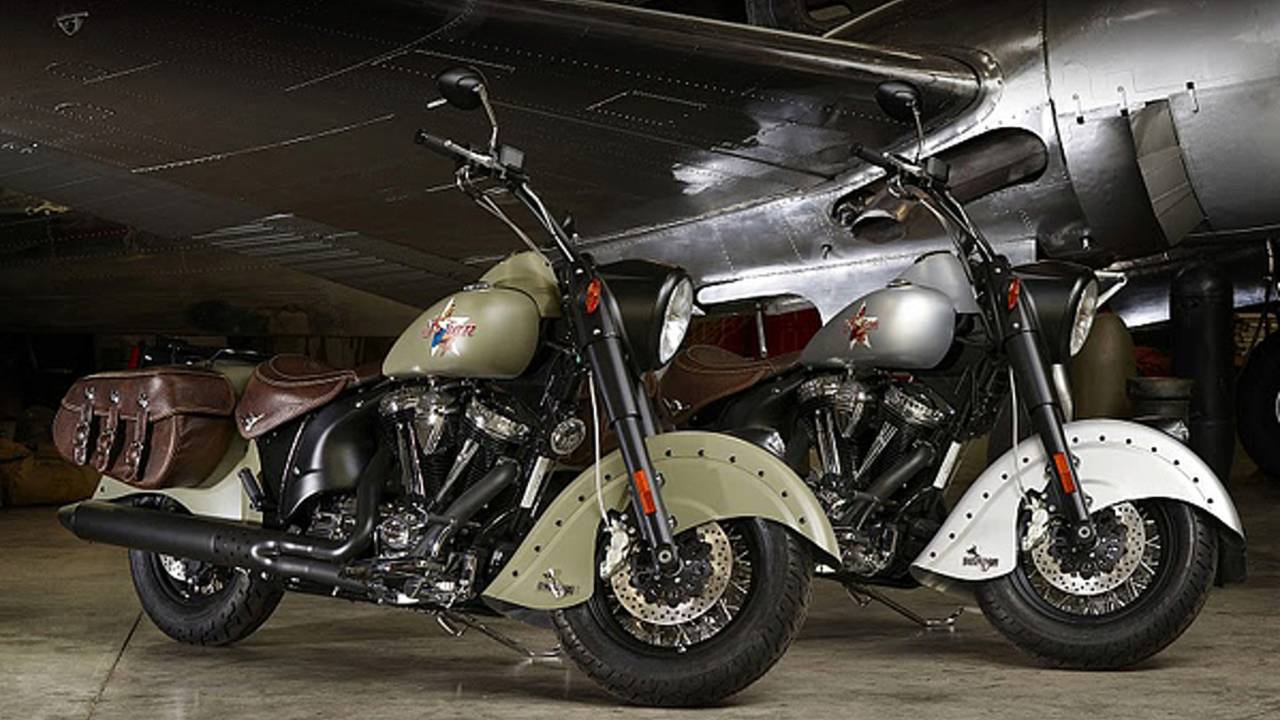 Stephen Julius & Co. were having fun with Indian's heritage, evidenced by the WWII-inspired limited-edition Chief Bombers, complete with hand-painted pinup queens on their gas tanks.

Perhaps more than most bike-makers, Victory knows the difficulties involved with starting–or in Stellican's case, re-starting–a motorcycle company. Why did they fail when previously they have had so much success with other so-called "heritage" brands?

I think Stephen and Steve did a nice job with the business, and put a lot of hard work behind it. They're good. We all know Stephen's experience with Chris-Craft and Riva boats; he knows what he's doing. It's just really tough to take a start-up all the way without having the infrastructure of a major OEM. Certainly the economy was patently unhelpful, for the motorcycle industry in general and specifically for this particular brand and price point. If you do a pie chart of motorcycles sold in the $30,000-plus price range, it's a very, very small number.

You've already announced that the manufacture of current Indians will be moved from King's Mountain, North Carolina to the Polaris facility in Spirit Lake, Iowa. Given that it will take, what, a couple of years to come up with a clean-sheet redesign, for now you will be building basically the same Indian that is being sold today?

Yes, but our engineers don't have the ability not to make improvements, so where we see opportunities to tweak the current bikes and make them a little better, we'll do so. I think Indian has done a good job over the last couple of years of fixing some early issues; you can expect that we'll continue to do that. Of course, our significant engineering effort is going to be focused on creating a new version of the Indian motorcycle, one that is extremely closely tied to the heritage of this iconic brand, even more so than the current bikes. But this is not a quick project; I want to dispel thoughts of any kind of quick turnaround here. I don't know of any company that can create a new motorcycle in less than two years that they'd really want to put their name on. The quality and performance of these bikes has to be superior. It can't be just good, it has to be of the highest standard. That's what customers should expect from us. We're going take our time, we're going to do it right.

So, let's talk about your plans for Indian. One of the big negatives about the new Chiefs, dating back to the early days in Gilroy, is that they bikes were "badge" engineered. In fact, that first reborn Chief in 1999 was nothing more than an S&S-motored Harley clone with aftermarket valanced fenders hastily hung on. Given that, you can't be thinking of simply gluing an Indian badge onto a Victory.

There is zero chance–make that ZERO chance, and I can't repeat that enough times–that we will do anything close to putting an Indian badge on a Victory motorcycle. When I approved this acquisition, that was one of my strongest points. That cannot and will not happen. It will be a completely new and different bike. It has to be. We're obviously not going lay out our entire game plan right now, but if you look at companies that we admire, if you look at what BMW did with the Mini brand, we admire that.

So, tied into the brand's heritage but not weighed down by it?

That's it. It's really not rocket science. Ultimately, it's a bet. But we think that what Stellican started with Indian, and what the operation needs to go to the next level, matches extremely well with what Victory has built up over the last 13 years. We have a great design and engineering team; the quality and performance of our motorcycles is at the very top of the industry. We've built a good distribution network and a supply chain for sourcing parts that keeps costs low. We really like our ability to fill in some of the missing links here. 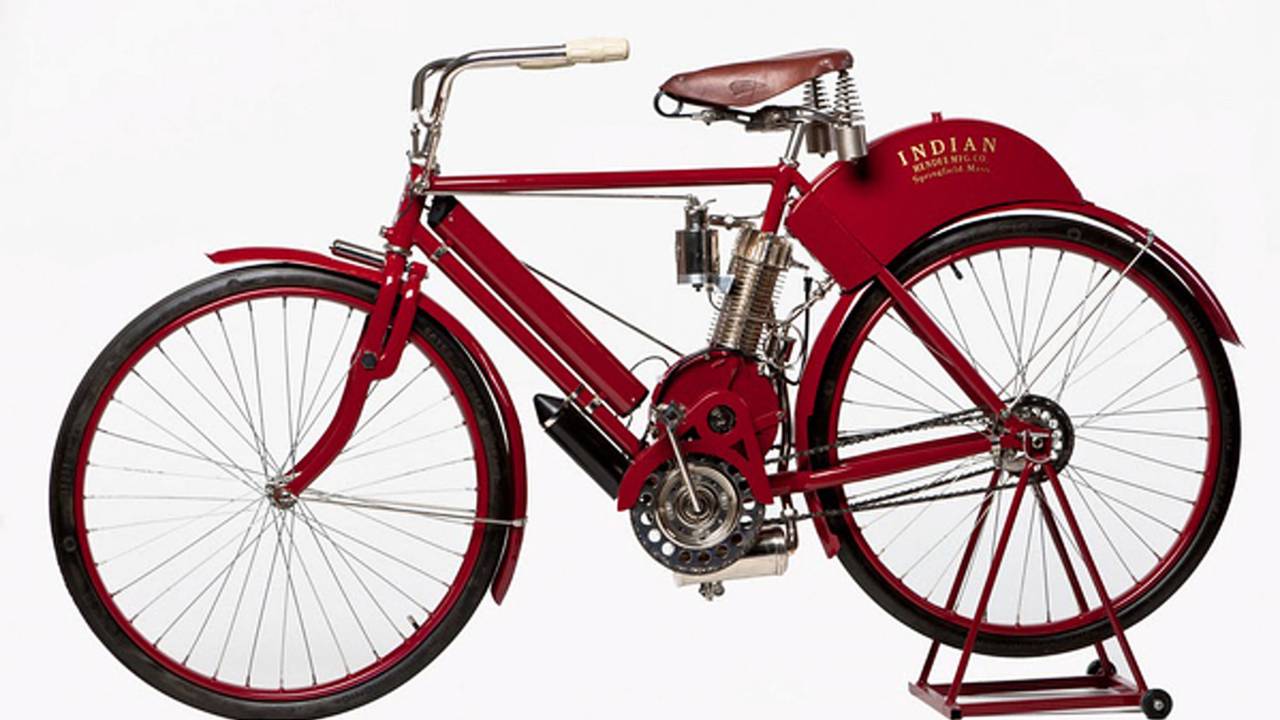 In the beginning: 1905 "Camelback" Single is not unlike Indian's first model in 1901. Original "Wigwam" factory went out of business in 1953, revivals started almost immediately.

One of your prime directives for Indian, then, has to be to lower the price point. It can't be your goal to sell $30,000 motorcycles.

That would be a fair assessment. We have some work to do. But I have complete confidence; there's not a concern or a doubt about our ability to do this. I mean, this is what we do. We design, engineer, build and launch new products all the time, and now we get to do it with an extremely strong brand. This is work we know how to do.

Are you counting heavily on conquest sales from current or potential Harley-Davidson owners?

We have no desire to start a battle, to get back into the Harley-Indian wars of the '20s and '30s, that's not what we're trying to do here. We think we can build a motorcycle and a brand that appeal to a broad audience. Some of those customers may be Harley-Davidson owners. Mainly, though, the acquisition of the Indian brand gives us a much bigger portion of the pie that we can sell to–it more than doubles the potential customer base for us. With Victory, we go after a little more than 20% of the cruiser market, what we call the "performance enthusiast." We do quite well with that segment. With Indian, we'll have the opportunity to attract customers from more than 50% of the heavyweight motorcycle segment, and that's very attractive to us. 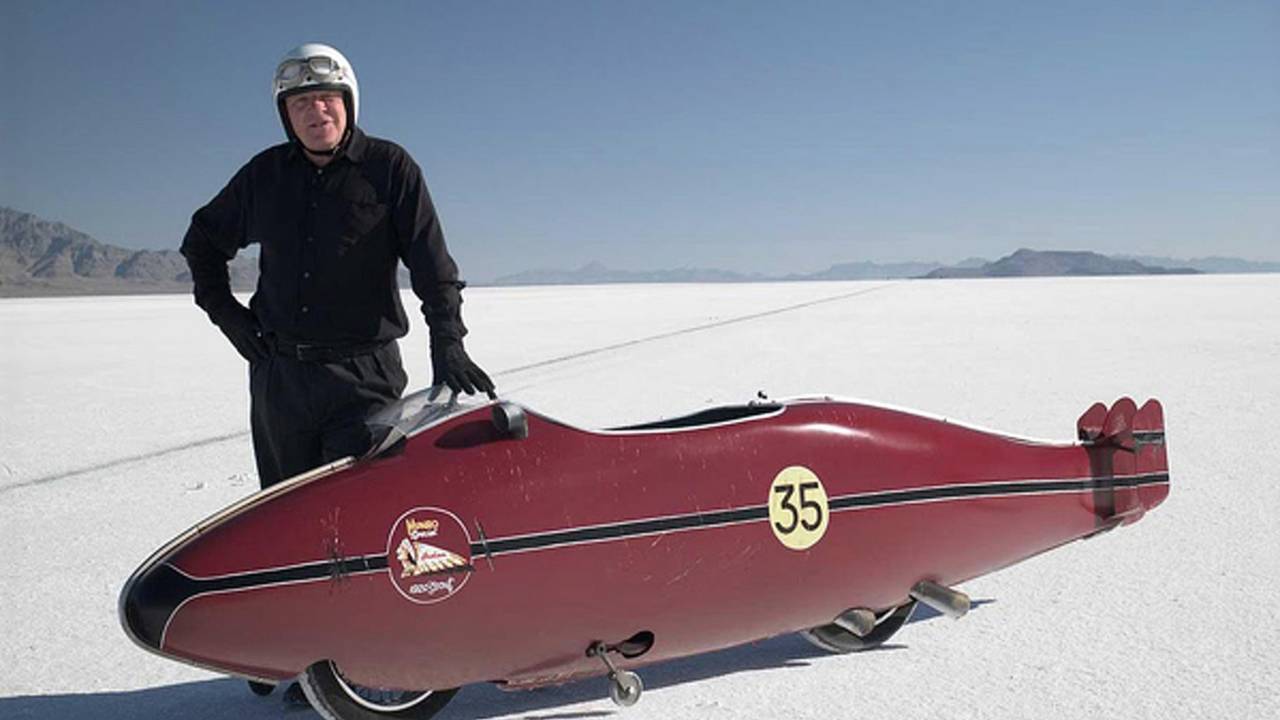 Actor Anthony Hopkins as Kiwi speedster Burt Munro in The World's Fastest Indian. That kind of brand history will also be important to the new owners. Says Polaris CEO Wine, "We now have to go back and study, and fully comprehend and appreciate, what made Indian great. It's such a rich heritage–not only the bikes, but the people who rode them, who raced them. It's a wonderful history."

For many fans of the Indian brand, it's been a painful period seeing this once-proud company struggling along, sometimes pitifully so. Certainly Stellican deserves credit for saving Indian, for investing the millions needed to improve the product, and now for delivering a viable motorcycle to Polaris. Has Indian finally found a home?

We are now the rightful owners of Indian. We believe it was always going to take an American company to fully leverage the brand. We wouldn't have done this if we didn't think there was a tremendous amount of strength in the brand. We're excited. There's a lot of energy around here right now as you can imagine. It doesn't detract in any way from what we're trying to do with Victory; we will stay on the gas with Victory and continue to drive innovation and new products. We will make both brands stronger over time. But, yes, we are pleased with the Indian acquisition. We've been working on this one for a while and it's nice to have it in the stable.