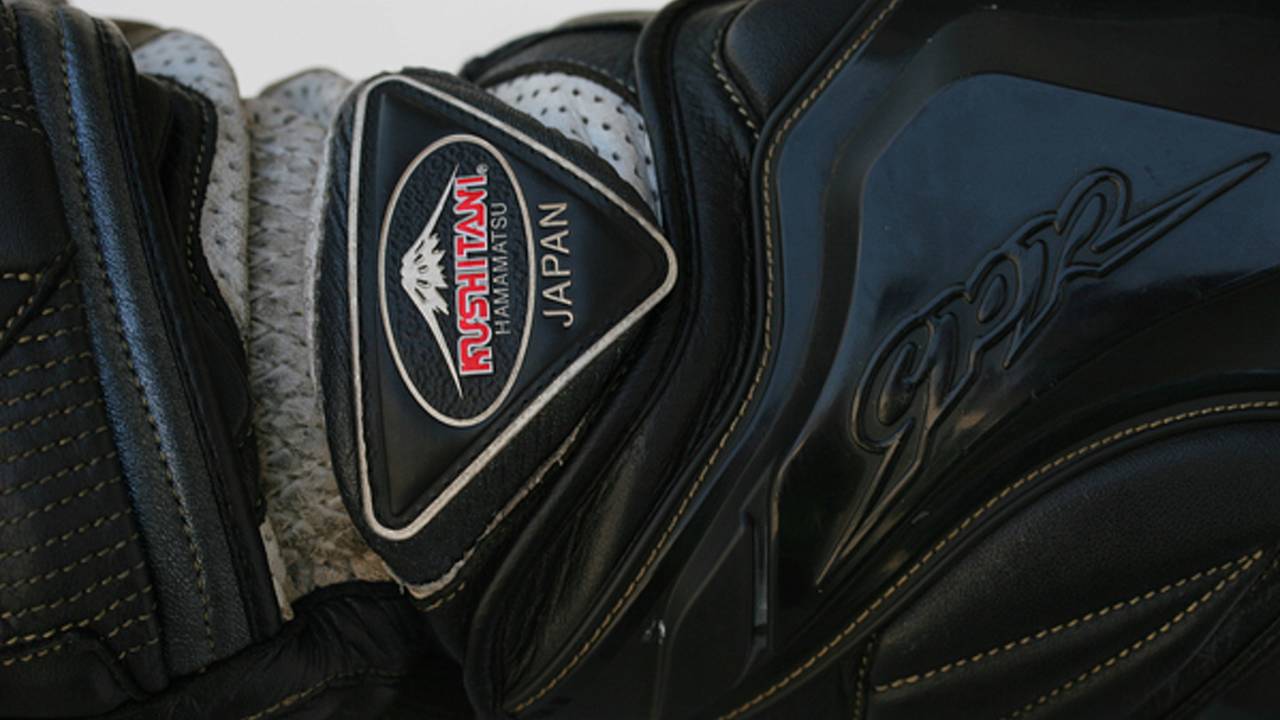 If you've never heard of Kushitani, I can't blame you. The small, high-end, Japanese brand isn't carried by Parts Unlimited, Tucker Rocky or Western Powersports. Nor is it found in many retail shops. They've built their brand around understated organic forms, high-quality products and minimal branding. The price tag often reflects this, but just like a Vanson, the quality and durability are real. ...

If you've never heard of Kushitani, I can't blame you. The small, high-end, Japanese brand isn't carried by Parts Unlimited, Tucker Rocky or Western Powersports. Nor is it found in many retail shops. They've built their brand around understated organic forms, high-quality products and minimal branding. The price tag often reflects this, but just like a Vanson, the quality and durability are real. These gloves have served me well over the last 2 years. I've ridden over 15,000 miles wearing them and crash tested them three times (twice at the Willow Springs Kart Track on the XR100 and once at low speed on the GSX-R). They've held up well through it all and I don't see myself retiring them anytime soon.

I bought my pair of GPR5 gloves after I decided it was time to retire my Alpinestars GP-Pros. When I first tried them on, I was shocked both at how soft the leather was and how well they fit. Instead of having to wear a XXL in Alpinestars to get fingers that were long enough, I can wear a LL (long large) in Kushitani. The fingers are longer, but the rest of the glove is the same size and shape as a regular Large. Think of these as slim-fit or skinny gloves.

Also obvious is the lack of plastic hard armor on the knuckles. Nearly every other racing glove has hard armor here, but Kushitani instead opts for layers of leather and their proprietary K-Foam (think of it as magical extra-dense memory foam). Where the hard armor stays is in the wrist and gauntlet. The armor extends almost halfway down your fore-arm and makes you feel invincible.

On the palm of the glove, you'll find a layer of foam stitched under the black leather. You might think that a few mm of dense foam wouldn't make much difference, but I've slammed down pretty hard and slid through some rough stuff only to get up, dust myself off and continue riding without broken bones or nasty bruises. There's a second layer of foam on the outside of your palm too. Moving up you'll find a strip of suede before the fingers. I'm not sure what Kushitani does to their suede, but even after multiple crashes and daily wear for 2 years it shows almost zero wear. Over by the thumb is a thin piece of tough rubber. It acts as a barrier to wear on the part of the glove that needs it most.

The index and middle fingers have K-foam on top and up to 4 layers of leather in some places. The ring and pinky have slightly more aggressive protection: leather, K-foam and finally Zylon, which is similar to Kevlar. All four fingers, the thumb and the entire backside of the glove have a layer of kevlar in the inside as well. This particular (sadly discontinued) version of the GPR5 also has perforated leather on the back of the hand and parts of the fingers. It's not a lot, but it's plenty to get sufficient airflow on hot days.

These gloves are obviously well thought-out, high-quality safety gear, but so are most other $250 racing gloves. What separates these from the rest of the crowd? Comfort and durability. Until owning these, I'd accepted as a fact of life that gloves wear out every 8 months or so and need to be replaced. Leather would get hard, suede around the right thumb would wear through, Velcro (more commonly cheaper faux velcro known as 'hook and loop') would cease to stick and at that point, I would seek out new and improved gloves.

Kushitani helped me to break the cycle. More than producing great fitting, long wearing gloves, they did one other thing that's made a real difference: they told me to condition my gloves at least once a month with Pecard's leather lotion. No other manufacturer has ever mentioned anything like this and if they did, people would likely be a lot happier with their leather.

If you didn't know about Kushitani, check them out. You may find that they make the gear you've been dreaming of but could never seem to find. And if you have a pair of gloves (or a jacket, pants, suit or boots for that matter) that you really like, take a few minutes to condition them. The leather will get softer, the color will change and eventually, you'll like like a real biker.