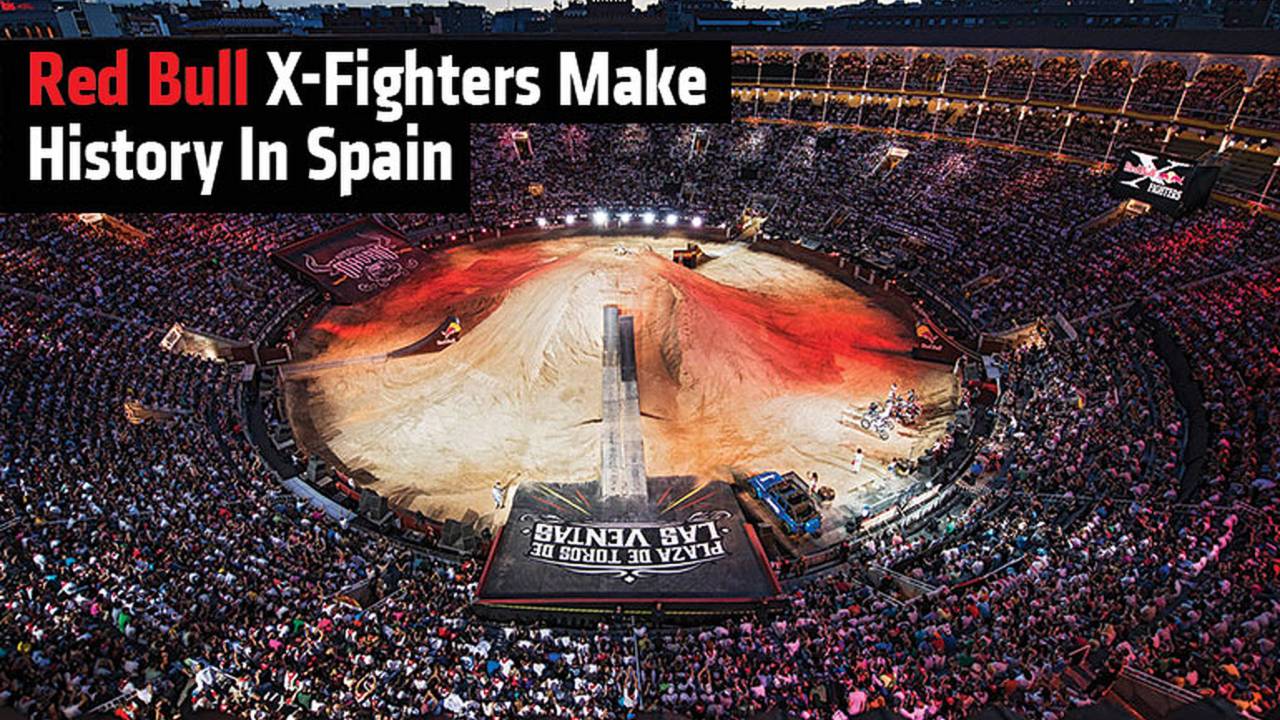 History is made every day. If you want to get philosophical about it. But it’s rare giant leaps are felt across the world. This past weekend, the world famous Red Bull X-Fighters series made its mid-season stop inside a sold out 23,000 seat bull fighting arena in Madrid, Spain. What was about to take place that night was nothing short of spectacular and would help elevate the freestyle motocross sport into a new realm.

Tom Pagés had the crowd on their feet as he pulled out, what is now legendary, the world’s first bike flip. Not a back flip, not a front flip but an actual bike flip itself. Watching his run was downright magic in its own right and Pagés had to pull out every secret trick he could to win the night.

It wasn’t only Pagés headlining bike flip that would make Spain an event for the record books, Josh Sheehan and Levi Sherwood would also put on performances that make the X-Games look like child’s play. Sherwood introduced his new Rowedova Flip with his usual perfection. And all three of the riders had to carry off the risky tricks in heat after heat to make it to the finals. While Sheehan set the bar executing double-back flips with ease.

As the night came to an end, it was not mystery as to who would win the night. Pagés easily took home top honors. Stating, “I’m so happy. The runs here were loaded with special moves that made it like a best trick competition where every trick could have been the best.” As he tossed his gear into a screaming crowd, Sheehan leapt into it. This night was something special to every competitor.

Seeing as Levi Sherwood, the 2012 overall champion, having won the first two events of the 2014 season, a comeback by 2013 world tour champ Pagès has now tossed a monkey wrench into the mix making it anyone’s title to claim. And it’s far too soon to count out Sheehan, who has two second-place finishes under his belt. The electric energy will continue in Munich, Germany on July 19th - where for the first time in FMX history - the full track will be floating on a lake.

In case you missed the action and are too lazy to punch in a youtube search, you can catch all the Red Bull X-Fighters in Madrid on FOX Sports 1; Monday, July 7 at 7 PM ET, 4 PM PT.