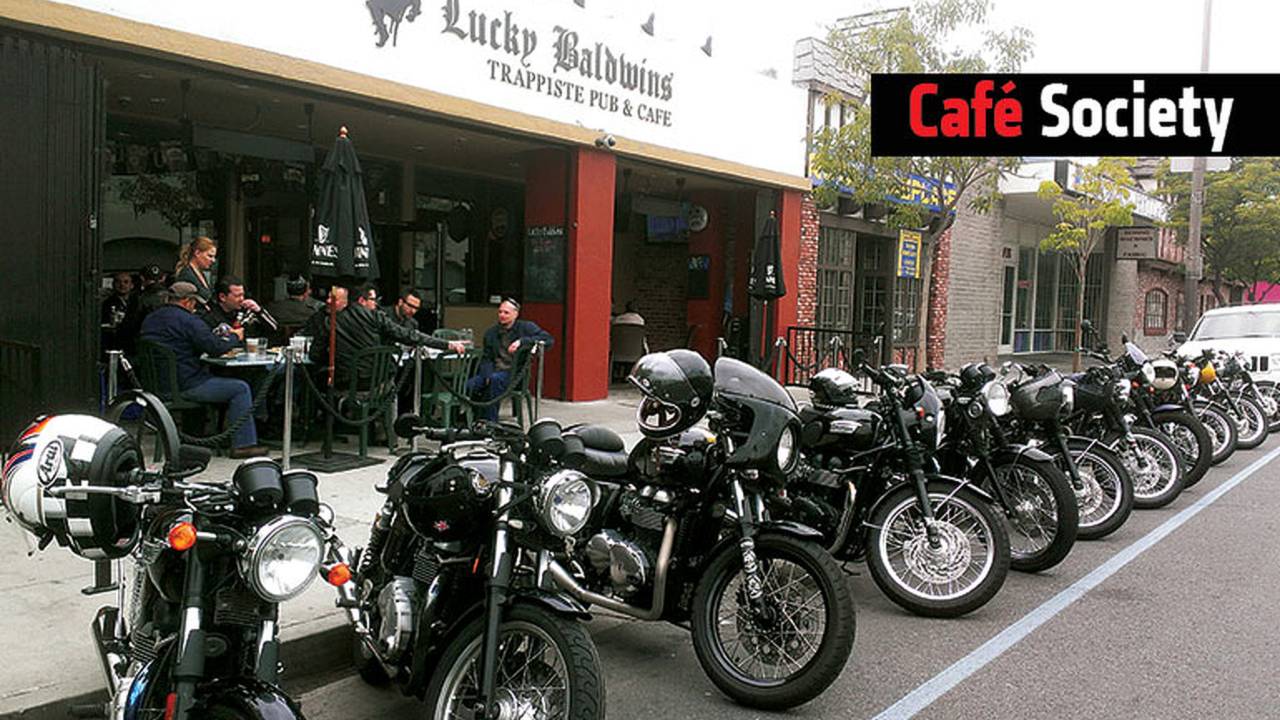 There are all types of bikes that one can purchase. Baggers, sportbikes, cruisers and something special that requires some DIY – the café racer.

There are many types of bikes that one can purchase. Whether it be a bagger, sportbike or cruiser, there is a plethora of bikes that fit most personalities. And through the years, fads and customization trends have come and gone (thankfully, some of them were hideous). One technique, however, has stood the test of time and is still bringing devotees within its influence, the café racer.

Less about accessories and more about, well, less, the café racer is an iconic and integral part of motorcycling. Born out of the post-war era of Britain, the café racer was an ideal style of motorcycle for those seeking thrills. With a venerable selection of manufacturers to choose from, enthusiasts could have the bike of their dreams. By essentially removing all excess parts from a production bike, a cafe racer is built for one purpose, speed.

And therein lies the reason why I have a café racer, more specifically, a 1971 Norton Commando. My foray into bikes started one rainy day while I was wandering the streets of London. On a small, nondescript street I happened upon a dusty old bike shop with an old man at its helm. Sitting smack in the middle of his collection of rusted and forlorn bikes was my future motorcycle. At that point, I didn't even know how to ride a bike, but after seeing the slick lines of the Norton and listening to the storied history of the brand at places like the Isle of Man, I was determined to learn to ride and to have that bike.

Fast forward six years and a complete restoration of my Commando and I have to say that there is absolutely nothing else I would rather own. The thrill and pride of ownership that comes from building your own engine, transmission, wiring and painting of a bike is like nothing else. However, there are times when even that gets old. Luckily for me, I found people who share the same enthusiasm for British motorcycles. Based in Southern California is a club called the Brit Iron Rebels, of which I am a member. The main requirement of the club is that you must own and ride a British bike.

Having the opportunity to ride and share experiences, both happy and sad, with a bunch of cool people is an excitement all its own. You see, café racers tend to attract a slice of humanity that is both laid-back and crazy, either way, it's always a fun time. And if you ever need a hand in an emergency or need a damn Whitworth spanner, someone always comes to the rescue.

The high times of cafe racers were the 1950's and 60's of both the United States and Britain. So naturally, rolled up jeans, black leather jackets and badass music is de rigueur. Riding through the canyons of Angeles Crest or Mulholland Highway is always fun with a group of likeminded individuals. Being a café racer is like leading a double life. During the week I am a straight-laced writer for a very uptight publication, but on weekends, I get out of the snobby realm, throw on my worn out Levis, hit the road and twist the grip as far as my Norton will allow. I can't ask for anything more than that!