ATK is a tiny, Utah-based dirt bike company trying to facilitate a huge shift in American motorcycling. It’s doing that by putting realistic learner and entry-level motorcycles into Harley dealers, something The Motor Company itself is spending $60 million on. But where that single baby Harley won’t arrive in dealers for at least three years, a whole range of ATKs are available right now. ATK ...

ATK is a tiny, Utah-based dirt bike company trying to facilitate a huge shift in American motorcycling. It’s doing that by putting realistic learner and entry-level motorcycles into Harley dealers, something The Motor Company itself is spending $60 million on. But where that single baby Harley won’t arrive in dealers for at least three years, a whole range of ATKs are available right now. ATK is hoping its bikes will provide a lifeline for Harley dealers who suddenly need new customers, but don’t have the right bikes to sell to them.

We’ve written about ATK previously, so here’s a short summary of what they’re doing: in the short term, they purchased a bunch of unsold Hyosungs which are being re-badged as ATKs and being sold to some of the biggest Harley dealers in the country. Starting next year, ATK plans to buy components from S&T Motors (formerly Hyosung) in Korea, then assemble its own bikes in Utah. Assembled in America, priced like an import. All that’s being done without approval from Harley, but is giving some Harley dealers the kind of bikes they can sell to new riders.

With a range of bikes starting with a 250cc cruiser retailing for just under $4,000 and going up to the ATK 700 Cruiser you see above ($6,995) and the ATK GT650R sportbike, ATK is hitting segments and price points that don’t conflict with Harley’s products while offering significantly more suitable bikes for new riders. That 250 cruiser weighs just 388lbs, making it 175lbs, 633cc and $4,000 less than the base Harley Sportster 883 SuperLow, itself meant to be a new-rider or female-friendly model. As a first bike or as learner fodder, I’m sure you can see the advantage of the ATK.

While we were in LA last month we met Frank White, ATK’s CEO and took two of his bikes out for a ride in Orange County — that 700 Cruiser and the ATK GT250R sportbike. The big question here is: do these re-badged Hyosungs really have something to offer new new riders? Do they really have appeal parked next to 883cc of throbbing American iron?

This will probably amaze those of you who regularly suffer through my much-voiced hatred of all things cruiser, but I really enjoyed riding the ATK 700 Cruiser. Since it’s a Hyosung Aquila, GV650, whatever they call it and that’s essentially a raked-out SV650 clone, maybe it shouldn’t be such a surprise.

But it’s more about what the ATK doesn’t do than what the Harley does. It doesn’t make a huge amount of noise just sitting still at a traffic light. It doesn’t feel heavy pushing it around or performing 1mph maneuvers. It isn’t at all intimidating or hard to ride or recalcitrant in any way. It doesn’t in any way interfere with the normal function of a motorcycle. In fact, despite the 34-degree rake, the forward controls, the 67-inch wheelbase and swept-back handlebars it doesn’t ride unlike a standard-style motorcycle. 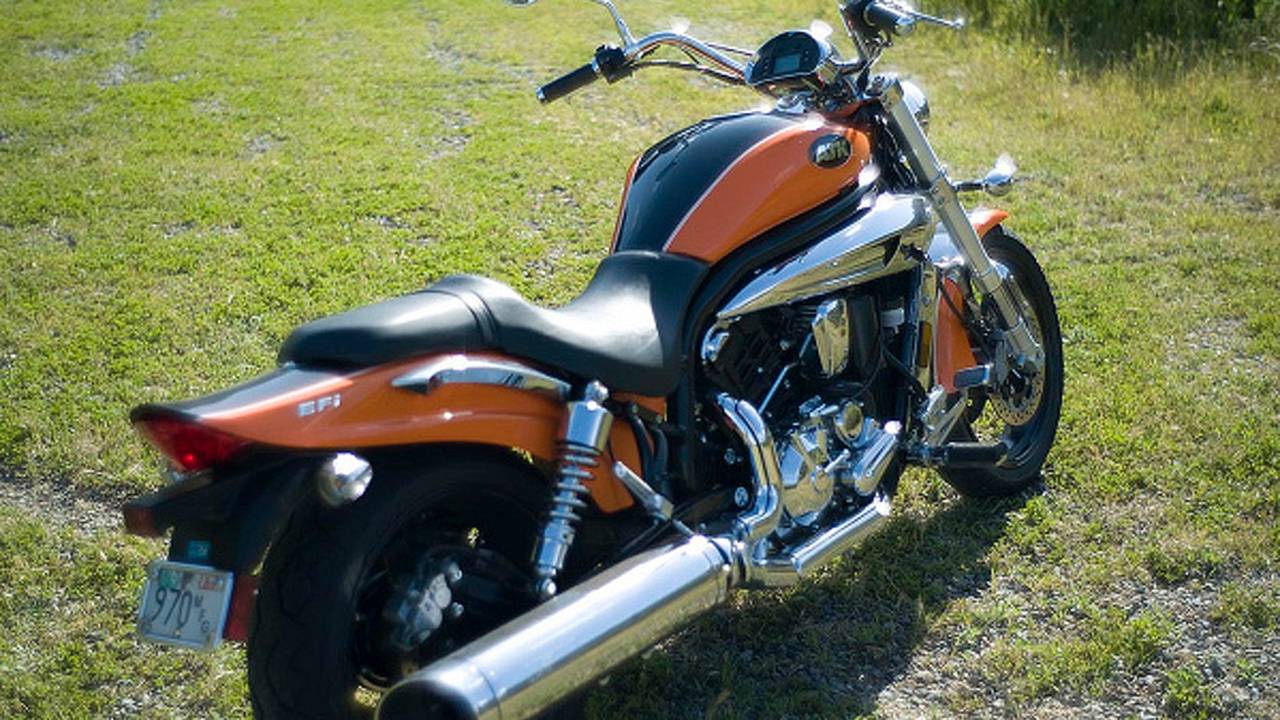 The cruiser configuration only rears its ugly head above 95mph (it’ll do 124mph) — where the riding position starts to become a pain, crucifying you to the oncoming wind — and in very tight corners where you achieve a surprising amount of lean, but will eventually grind the pegs. But even with a peg on the ground, the ATK remains stable, predictable and easy. It’s just a solid, fun, good motorcycle that’s easy to ride.

I’d give the ATK the edge over anything in the Sportster range in a straight line and over anything Harley currently makes around a corner.

We can’t really say the same thing about the GT250R. While its soft suspension is surprisingly capable and its weak 27bhp engine capable of around 95mph if you work the reluctant gearbox, it just isn’t a convincing product in the same way the Cruiser is. The clutch is surprisingly heavy, the engine surprisingly reluctant, the switchgear, components and overall look is surprisingly cheap. It’s a competent motorcycle, but at the same price point the new Honda CBR250R and even the ancient Kawasaki Ninja 250 are just way more convincing products what won’t make riders feel like they’re riding a 25-year old used bike.

But maybe that’s missing the point and maybe that missed point is illustrative of ATK’s unique selling point. While the GT250R doesn’t stack up against the CBR250R, that CBR isn’t going to be sold in Harley dealers. In a Harley dealer on a rural road in the middle of Missouri where it’s the only motorcycle dealer for hundreds of miles, that GT250R is going to stand out. So’s that 700 Cruiser that’s cheaper, more powerful, lighter and just plain better than any Sportster. And that’s the point. ATK is giving dealers something they can sell to women, teenagers and people who have never ridden a motorcycle before. With its lightest, smallest, cheapest model coming in at 563lbs, 883cc and $8,000 that’s a market that Harley’s simply abandoned. With its riders aging at a rate faster than that of the general population, its core demographic aging out of riding and its traditional customer no longer equipped to finance an expensive luxury good they don’t need, new customers aren’t just something a huge manufacturer with plenty of money needs, they’re something the brand’s smaller, less financially-stable dealers need worse. That’s why ATK is selling them these bikes. 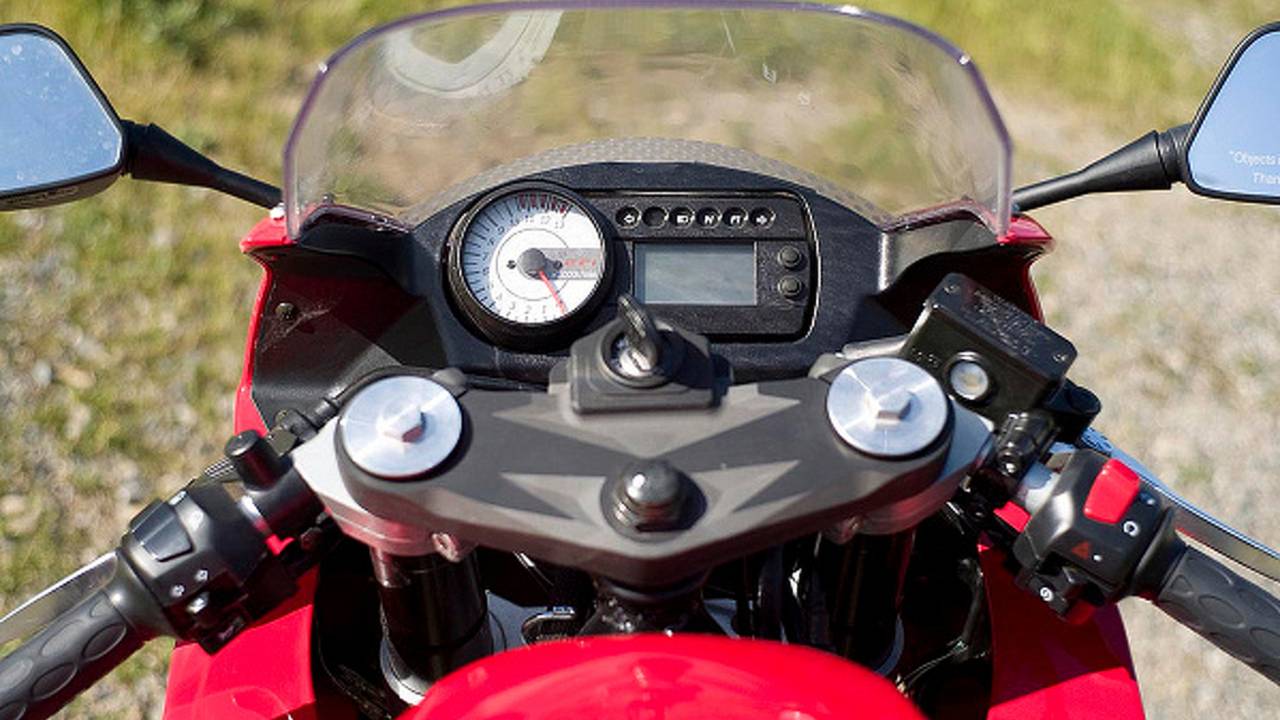 Frank is open about his plans for ATK’s future. He’d like to turn ATK into the Scion to Harley’s Toyota, creating a youth-oriented brand that will get new riders into the dealers and into motorcycling for the long-term. In the short term that gives dealers a product to sell, in the long term that gives them repeat customers. Eventually, he hopes to become an acquisition target for Harley, which could already use a more agile, less expensive, more approachable sub-brand.

ATK’s path to a possible future acquisition is going to be difficult though. Currently, Harley’s management sees the company as a threat — potential competition both for sales in dealers and for the future learner Harley — and is doing everything it can to interfere with ATK’s success. The Motor Company is refusing to certify ATKs for use in its Riders Edge training program, even at the risk of leaving that program with less-than-suitable bikes. Harley has continued limited production of the old Buell Blast (no longer with any Buell badges of course) specifically to serve that training program. But wouldn’t a little semi-automatic 250 be a better choice? Frank also has to be careful that every single one of his communications includes the phrase, “The Harley- Davidson Motor Company does not endorse or support this joint venture in any way” so that he doesn’t get sued.

With a stated goal of “getting new and younger riders to go into the Harley-Davidson dealerships,” interfering with ATK simply seems asinine. Frank is hoping stronger leadership will eventually take charge at Harley, smoothing the path not only for his little venture, but for dealers and, ultimately, The Motor Company itself too.

In the meantime, we hope to see ATK take advantage of the opportunity it currently has to reach new riders at a time when most other manufacturers are ignoring them. They’re on the right track, getting the products into dealers, but we hope next year’s transition to American assembly will also be seen an opportunity to retain the fundamentally solid mechanicals of the Hyosung range, applying some more appropriate styling and common sense modifications like mid-mount controls and reasonable ergonomics to transform worthy bikes into appealing ones.