Why can’t we look good when we ride bikes?

Conventional motorcycling wisdom states, “Dress for the crash, not the ride.” But why does being safe have to involve dressing up like a DayGlo sausage, a European hairdresser or a large nylon pillow? Why can Dainese make an airbag racing suit that can tell the difference between a high and low-side crash using a GPS sensor, three gyroscopes and three accelerometers, but not offer a jacket I

Conventional motorcycling wisdom states, “Dress for the crash, not the ride.” But why does being safe have to involve dressing up like a DayGlo sausage, a European hairdresser or a large nylon pillow? Why can Dainese make an airbag racing suit that can tell the difference between a high and low-side crash using a GPS sensor, three gyroscopes and three accelerometers, but not offer a jacket I’d be seen dead in?

You know what, screw it, we’re going to show people that it’s possible.

Here’s our safety gear philosophy. If we’re going to go out and break some serious laws on a sportsbikes, we’ll wear head-to-toe racing gear. That means a one-piece leather suit, racing gloves and racing boots. That means the best armor we can buy in the shoulders, elbows, back, chest, hips, knees and shins. If we’re going to ride long distances we’ll wear a two-piece suit with most of the above. If we’re riding off-road, then it’s MX gear. Basically, if we’re taking chances on a bike, we try to be responsible and offset as much of that risk as possible with good gear. But, we also use our bikes for riding around town, going to meetings, going to the store, meeting friends and just getting around. That means jeans and a leather jacket. Why aren’t the kind of clothes available that’d look equally good in that meeting, in that store, at the restaurant, at the party or at the bar as they would on a bike? Why can’t we dress well, yet be safe? 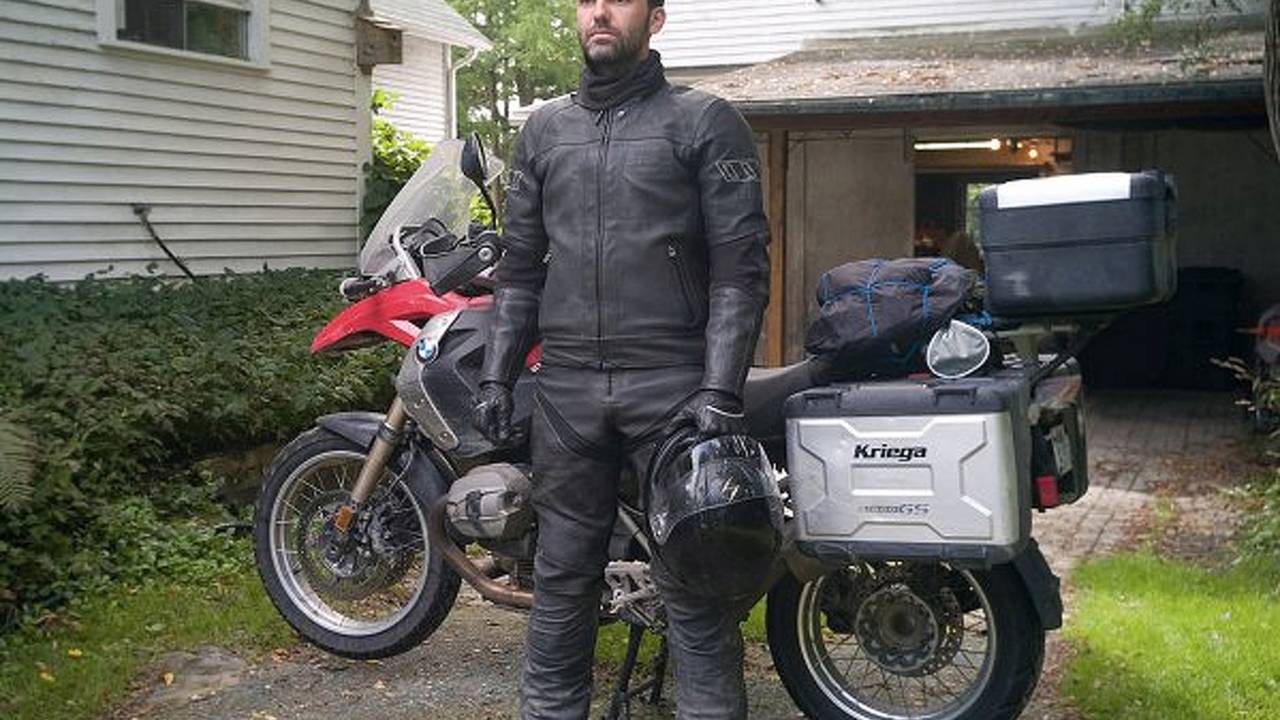 There really isn’t a reason. The technology exists. New armor from Alpinestars and D3O is both slim and safe. That means it can be incorporated into clothes without making you look like you’re on the way to football practice. A jacket doesn’t need to be bright pink or covered in logos to protect you from abrasion. It makes no sense to us. 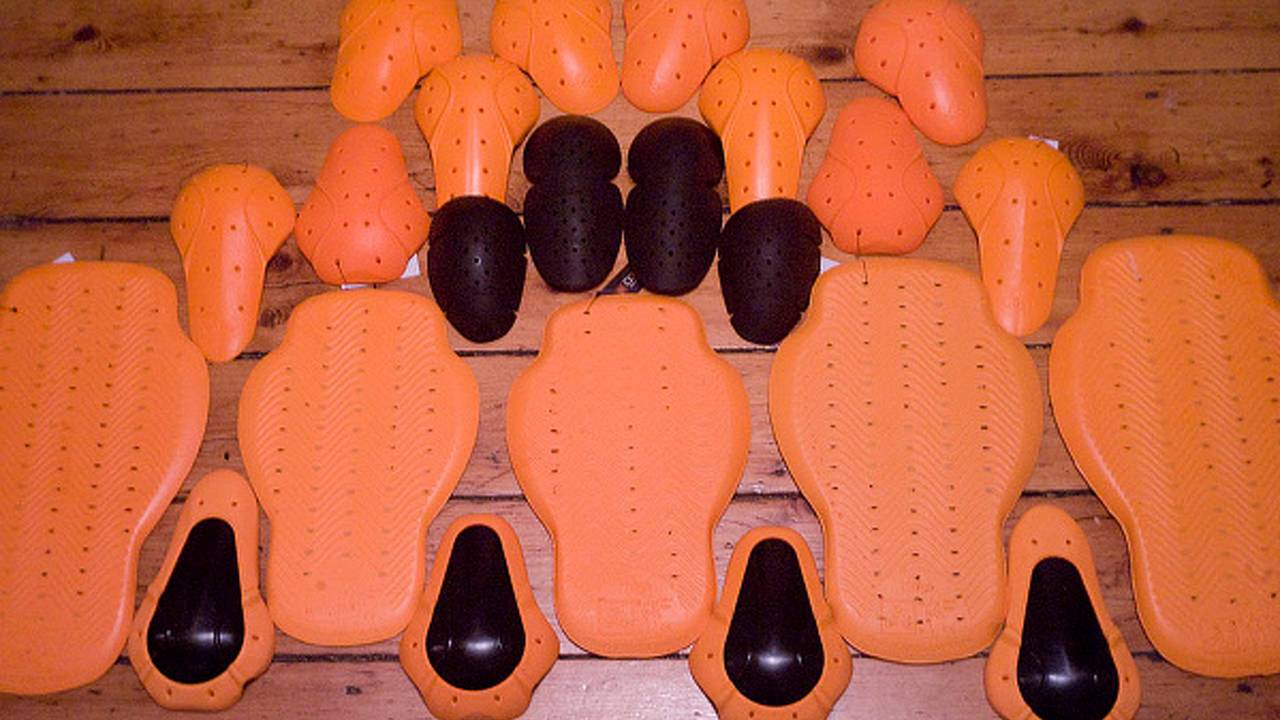 So here’s what we’re going to do. We’ve got this huge pile of armor from Alpinestars and D3O, we’re going to use it to take some perfectly nice-looking jackets and make them safe. We’ll be covering the whole project on a regular basis as it develops. We’ll be explaining how the armor works, how it manages to be so thin, yet still safe (the thicker of the D3O back protectors is just 18mm, yet meets CE level 2, for instance), picking jackets that’ll protect us against abrasion, then installing the armor in such a way that it’ll actually stay in place during a crash. We’ve got enough armor to do three jackets, so we’ll be doing three levels of protection — a jacket that’s as safe as anything on sale at a bike dealer, yet will still look great; a jacket that incorporates just enough protection that we’d feel safe riding around town in it, yet you’ll never be able to tell that it’s anything more than streetwear; and one that splits the difference. 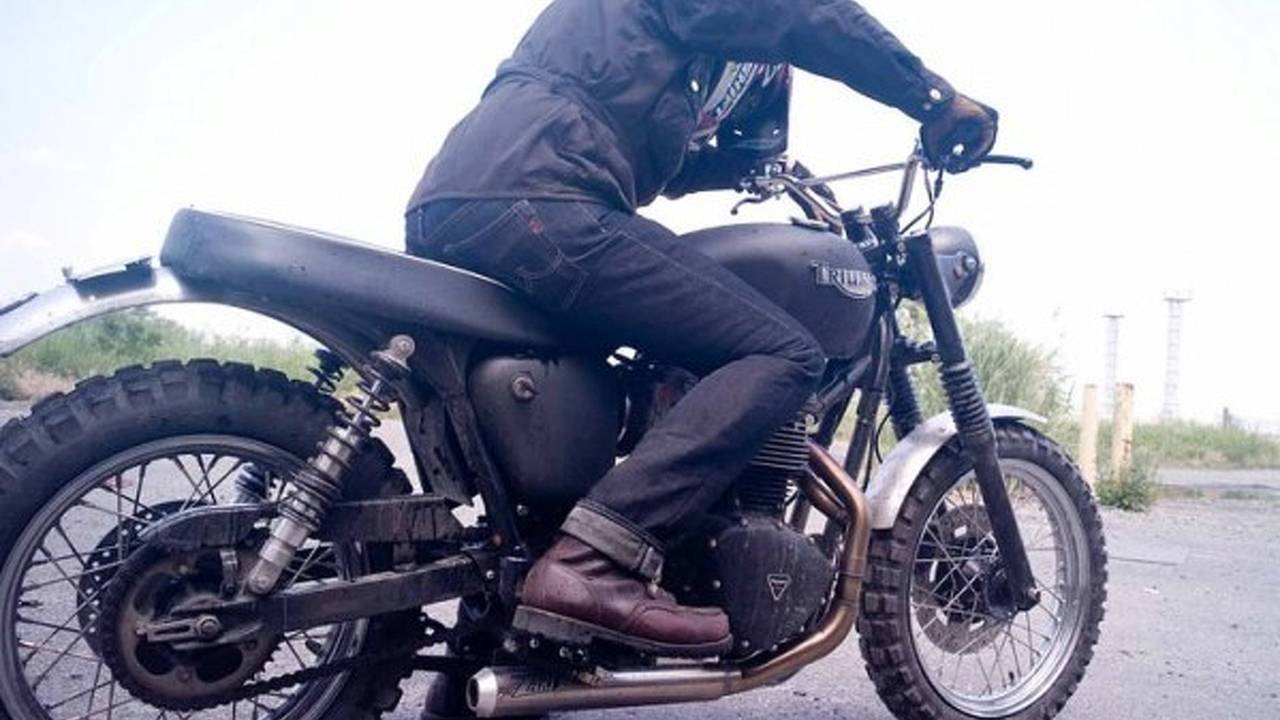 Damn I look good. Damn, I better not fall off.

Then, we’re going to wear them along with our Dethkillers and Iron Heart jeans and be two relatively well protected, very well dressed, bad ass bikers. The point? Someone needs to start making you gear like this. Let’s demonstrate that there’s a market for it.

Included below is a mood board of stylish men on motorcycles so you can see what we’re thinking about. What we need from you guys is a little help with a name. Grant suggested The Clark Kent Project, but that just sounds like a terrible boy band. Ideas?