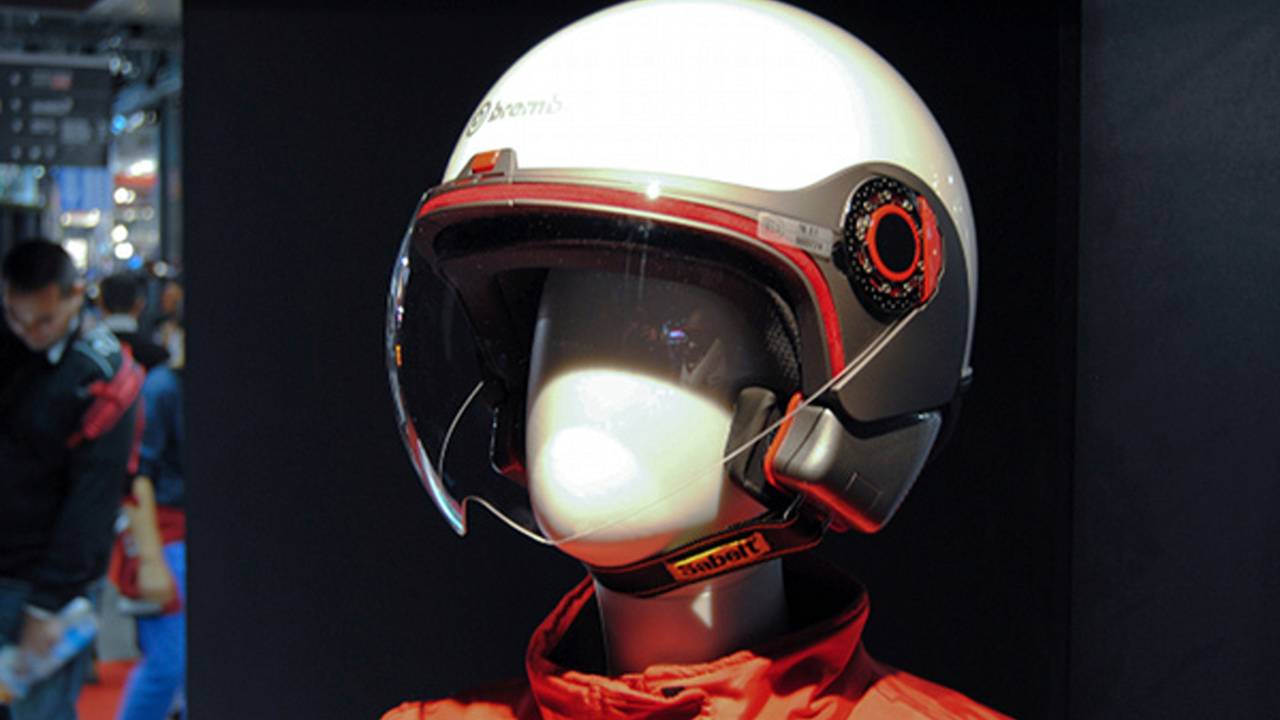 Traveling to EICMA last week to research their 2011 purchasing, the guys from London’s Urban Rider also took the time to put together a list of what they though was the coolest new riding gear at the show. All text and photos: Urban Rider. Brembo Helmets Although these were debuted at last year’s show it is only now that dealers are able to get their hands on them.  The main USP is t...

Traveling to EICMA last week to research their 2011 purchasing, the guys from London’s Urban Rider also took the time to put together a list of what they though was the coolest new riding gear at the show.

All text and photos: Urban Rider.

Although these were debuted at last year’s show it is only now that dealers are able to get their hands on them.  The main USP is the fastening strap which, as you can see, works in the same way a seatbelt does, buckling into one side of the helmet rather than beneath the rider’s chin and retracting for storage/fit. Definite points for style but is this really an innovation?

Yes it’s very similar to an Arai Tour X but it’s got an aggressive edge to it that sets it apart from the Ewan and Charlie clones.  The Dual version should be availablearound February time.   Retail is $399, which is pretty decent for this carbon/Kevlar composite.

Stylmartin is a brand that has reinvented itself.  Once upon a time they were a market leader in the boot industry but subsequently slipped out of the mainstream. Their 2011 range builds on a successful 2010 in Europe for the company and promises some great new products designed for urban riding.  At the England/Australia rugby game on Saturday I felt like a plonker in my race boots; what I needed was a pair of Stylmartins that were comfy and understated yet every bit as safe. Looking around at similar designs like Alpinestars I felt the attention to detail and price point was better in the Stylmartin products.

Arguably the most striking open face helmet range on offer at the moment with the most copied look on the market.  Is the awkward fit and hefty price tag going to put a damper on their efforts once again?

After years of niggles, Roof have finally got their shit together and made the V8 the helmet that the boxer should have always been. 2010 has seen the brand continuing to do well with this model and they have added some tasty new colour schemes to flesh out the range as well as a new Suzuka paint scheme for the Daytona full face.

If you can’t beat them, join them.  Knowing that their riders will buy anything with a Triumph sticker on it, Triumph have “borrowed” inspiration from the Belstaff range with their new jackets.  They say imitation is the sincerest form of flattery, so well done to Belstaff.

Proof there is someone else out there trying to create stylish scooter clothing for women. The price point will be around £200.00 for the jackets. Is this the jackpot for the fashion conscious female or still too trad?

Everyone is getting in on the act and developing inflatable crash protection. Tucano are the first primarily scooter brand we are aware of to be doing this. The airbag is more of an inflatable back protector than anything else. It is however designed to fit onto any of their existing jackets. We’re still waiting for info on cost and availability.

Stunning new collection. The open face jet style is tried and tested, that’s for sure.  What these helmets offer is a classic look combined with modern functionality, check out the flip-down visor. Keeping the outer shell neat and tidy, it still allows the rider to use goggles if they fancy.

The question with this isn’t how much it costs, it’s how much they’d pay you to wear it.

Want riding gear that combines style and function? Urban Rider ships worldwide and is extremely competitive on price, even in Dollars.