The trouble with sportbikes 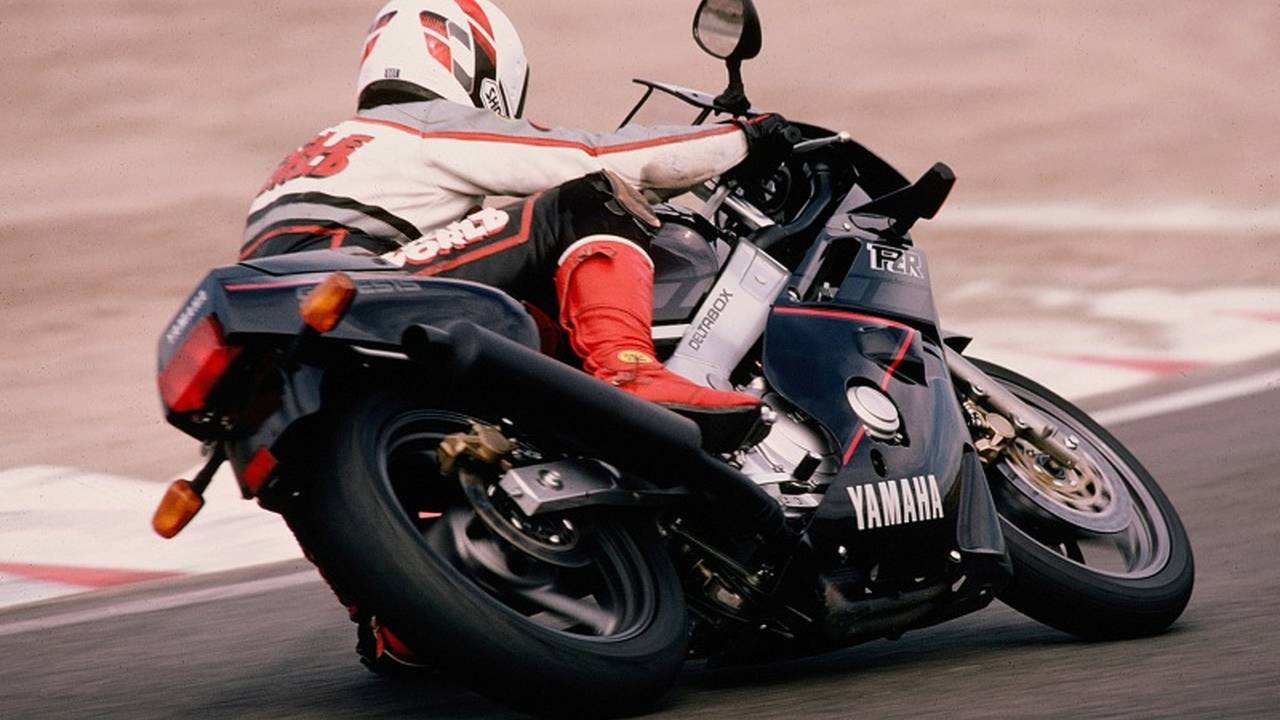 Don't get me wrong. I luvs me some sportbike. We all do – "we" being card-carrying moto-journalists. That's part of the problem. Dig into our closets (scary thought, that) and you'll find full leathers, not fringed chaps. We like our gloves armored, not fingerless. Helmets tend to be racer replicas, not fiberglass yarmulkes. Most of us are better than average behind a set of handlebars, too, wit...

Don't get me wrong. I luvs me some sportbike. We all do – "we" being card-carrying moto-journalists. That's part of the problem. Dig into our closets (scary thought, that) and you'll find full leathers, not fringed chaps. We like our gloves armored, not fingerless. Helmets tend to be racer replicas, not fiberglass yarmulkes. Most of us are better than average behind a set of handlebars, too, with plenty of track time. That's a photo of me in younger days shepherding an FZR600 around Laguna Seca at a respectable rate of knots, keeping it well out of the shrubbery.

So what's the problem?

I know this borders on blasphemy coming from a guy who got paid to critique virtually every motorcycle made in the past 25 years, but the trouble with sportbikes is that they've become too farking good. In normal riding situations, today's frontline sportbikes are so understressed, so overqualified, as to be...well, kinda boring. Under a buck-20 you almost have to go Jackass on the things – set your hair on fire, staple your scrotum to the gas tank – to generate some excitement. I'm reminded of the Dick Mann's statement that it's more fun to ride a slow bike fast than it is a fast bike slow.

No doubt that current fast bikes are amazing pieces. Did you see last month's Bike magazine (UK) where guest-tester Kevin Schwantz noted with some amazement that the 191-mph BMW S1000RR was faster than his 1993 Grand Prix racebike? It's just that as sportbikes get better, faster and inevitably more single-purpose, they become less and less relevant to an increasing number of riders. They've almost transformed into motocross bikes with lights – needing to be trailered to a track day or your favorite Sunday-morning backroad. Ride a Gixxer 1000 down to the corner store for a carton of milk? No thanks, I think I'll take the car. Take the little lady for two-up tour of California's Gold Country? Not unless she's a young, limber Nadia Comaneci who likes washing out her one set of underwear in motel sinks.

When the MV Agusta F4 came out in all its Massimo Tamburini-penned glory, I wanted one badly. Then, during a multi-bike ride, my stint on the MV coincided with a Highway 101 "transfer stage" connecting twisties. Between the jockey riding position and suspension that jackhammered on expansion joints, this was treatment that surely would be outlawed at Guantanamo Bay.

During my last few years at Cycle World getting meaningful results from a sportbike comparison test required renting a racetrack, mounting the same sticky tires to each machine, fitting transponder timers, then sending out blazingly quick and supremely talented riders like Don Canet and Mark Cernicky – all to record laps times that sometimes varied less than 2 seconds between bikes.  Never mind that the average sportbike rider would have a hard time getting within 10 seconds (an eternity on a racetrack) of either's best laps.

Speaking of the average sportbike guy, I'm concerned that many are trendy short-timers, puny on skill, soaked in testosterone, out of motorcycling for good after one too many brushes with the law...or the meat wagon.

Yet sportbikes still get most of the headlines and the majority of magazine covers. Part of this is the aforementioned performance bias of editors. Part is simple journalism. A new sportbike with all its technological advances, worked on by a company's best engineers, lavishly photographed and with an inch-thick press kit, is just a better story than a holdover V-Twin cruiser with yet another round of BNG (copywriter shorthand for "bold new graphics").

Of course, given the sour economy and slow new-bike sales, the Golden Age of the Sportbike may be due for a downshift. Last year's Aprila RSV4, this year's stellar Beemer RR and the just-announced Kawasaki ZX-10R may be the last big escalations for a while. Much as bike-makers like flexing their 1000cc repli-racer muscles, return on investment for the usual bi-yearly  cleansheet redesigns is nonexistent. You can't spend "good will" and "corporate prestige." Good news is that streetfighter-style standards are here to fill in the void, as are dual-purpose adventure bikes – both types more versatile than sportbikes and way more fun than cruisers.

Long live sportbikes, I say, may they get ever better, even if it's necessarily in smaller increments. I'd also remind those putting out magazines and websites that there's more to motorcycling than clip-ons, traction control and 191 mph.

As with The Flying Wallendas, balance is key.