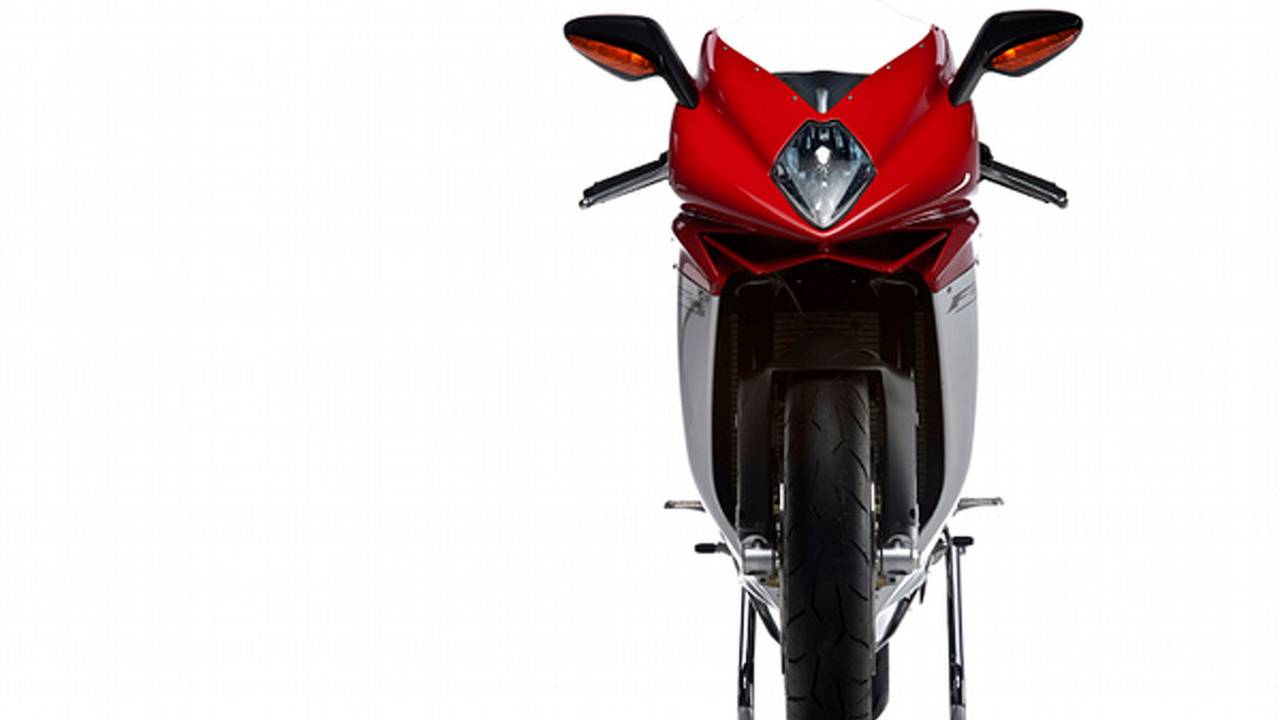 EICMA in 2010 gave us a number of things to think about. Among the Chinese made, European-branded scooters and scantily-clad presentation girls, the Italian industry found some time between political scandals and a crashing economy to actually produce some new motorcycles. Over at MV Agusta v4.0, we got the very pretty and long awaited F3 middleweight, Ducati presented the Diavel power cruiser, Pi...

EICMA in 2010 gave us a number of things to think about. Among the Chinese made, European-branded scooters and scantily-clad presentation girls, the Italian industry found some time between political scandals and a crashing economy to actually produce some new motorcycles. Over at MV Agusta v4.0, we got the very pretty and long awaited F3 middleweight, Ducati presented the Diavel power cruiser, Piaggio continued its leaning three-wheel line with the MP3 Yourban, while Aprilia gave us a 1200 Dorsoduro and the new Tuono. Some of this was expected, but nothing surprised us after the overly long-winded teaser campaigns.

If at first you don’t succeed...

Not one industry insider that I know seriously expected to see a genuinely new MV, much less something as refined and sophisticated as the MV Agusta F3. Let’s face it, MV (and Benelli and Moto Morini and Mondial and...) has been long on promise and short on delivery for the past ten years, always talking a big game but closing down no less than three times since 2003, dragging some pretty big companies (Cagiva-Ducati, Proton, Gevi Sport, Harley-Davidson) into the mud. For more than a decade, the company rented a vast space at the shows, displaying literally dozens of F4 and Brutale models with nothing more than a new paint job. Every year, the collective motorcycle industry shuffled past the MV booth, mostly to drool on the ever present Cagiva C595 Grand Prix machine on the stand. “MV used to be something”, you would hear some journalist or engineer say with a tear welling up. When the inevitable press release crowed about “new” models using big words like “mythical”, “legendary”, and phrases like “setting a new standard”, I saw grown men cringe. After all, painting the Italian national soccer team colors on an eight-year-old bike does not a new icon make. So, after the world found out that Harley-Davidson was dumping MV last year, it was an industry consensus that the end was truly here for Italy’s most storied brand.

We were very wrong. Happily for us all,  the F3 was no crippled MV Agusta F4 with a cylinder lopped off (as some feared), nor was it another fibreglass and polystyrene mock up, painted up nice and presented as a coming production model to attract investors, with no more chance of being made than the Norton Nemesis, or the Laverda SFC 1000.  No, we have been blessed with the presence of that rare species: a new Italian motorcycle. And it is a pretty thing. Clearly, there are not many things that can go wrong when you start with a tight, low profile mechanical superbike package, and add to this a design mandate that does not even mention things like “realistic turning radius” or “human comfort”. As a designer, it is one of those fantasy projects that we spend most of our off time and all of our educational years dreaming about. Add in a historic brand, and expectations surge from high to stratospheric.

Not Just a Pretty Face

The F3 is good. It is not good because teenage boys will see something pointy and fast looking, nor is it good because of the paint or the name on the tank. The F3 is a good design because it does two things exceptionally well: it is entirely classical, completely recognizable as an MV; yet is also refreshingly original.

Family first. It looks like an MV. Shades of F4 are there, from the obvious link in the nose treatment, the similar head and tail lights, and the flat tank top. The stubby, stacked mufflers remind us of the Brutale. This is good, because in a superbike market increasingly accused of sameness, getting your brand to stand out is key. It is also good because the F4 was such a seminal design that merely being related to it wins pedigree. But this would have been obvious and not particularly inspired design, were it done without adding to this original thinking and professional execution.

The design of the F3 is good because while being classical in silhouette and carrying MV cues, it still manages to be utterly original. The side panels with the reverse V air outlet are sculptural, but clean, and avoid the now ubiquitous cut out fairings made trendy by Honda’s 2008 CBR. The whole upper body, from the tank backwards, is a smooth, continuous series of voluptuous volumes. They look whole and solid, but they round at the bottom making them feel light at the same time.  It has been 12 years since Yamaha’s first R1 made us all sharpen the tails of sport bikes into ever more extreme triangles, so how refreshing that the F3 breaks the mould and does something more. Just enough contrast between the body and the brutal mechanical elements of the frame casting, swing arm and wheels, makes this motorcycle look instantly $20,000 richer than the rest of the superbike class, and in my opinion, more desirable than the F4.

Sadly, the same cannot be said of the Aprilia Tuono V4R. After the incredible success that the RSV4 brought to the brand, from the powerful design, brilliant debut World Superbike Season to the detail finesse typical of Italy’s best mass-produced motorcycle company, the Tuono was a slap in the face. An ugly, scarred and brutalized face. I have had the pleasure of working with the design team at Aprilia and they are, without a doubt, among the best in the industry and certainly the best in Italy. The R&D facilities in Noale are exemplary, the engineering and technical staff are passionate, but also serious and well educated professionals with a keen eye for achieving industrial excellence. But that is what makes this product so utterly unfathomable.

Full disclosure: I am an Aprilia super fan. I have loved a Chesterfield RS250. I worshipped the first generation RSV and, despite its lack luster commercial performance, I still have strong feelings for the Falco. Even as a young intern at Piaggio in the late ‘90s, I looked east to Aprilia with secret desire. This was a company that made young, fast, and seriously “now” motorcycles with none of the crappy quality or “character” that plagued other Italian motorcycles. It was one of my happiest professional periods when I worked with Aprilia and traveled many times to Venice to pitch in on various projects.

How could these same people produce such a weak streetfighter design? The original Tuono, in fact all of them, were kind of ugly in that crashed superbike sort of way. But at least they looked purposeful. And long before Ducati trademarked Streetfighter, the Tuono was the world’s first production streetfighter from a major OEM. It was well put together and it did exactly what you expected it to, namely make an already amazing RSV easy to throw around like a maniac.

The 2011 Tuono design is, in a word, bad.  In my own words, it is garbage, cheap, amateurish and smacks of “me too”.  Aprilia has struggled for nearly a decade to create an identifiable brand face, having all to often a pleasant, but unremarkable frontal presence. The RSV4, with its three headlamp arrangement, harkens back to the first RSV, and stands out instantly. Why then, does the Tuono have two (tiny position light notwithstanding)? And why do they look like Aprilia took them from the front of a Kia Rio? The proportions are ungainly too. Against the unbelievably compact and lithe RSV4 body and frame, the lights and cheap-looking windshield stick out like the head of a turtle. And the mirrors are strictly off-the-shelf affairs from a scooter, an unacceptable visual cost-cutting move in an era when even the Japanese can afford to mould new mirrors for specific models.

Aprilia has always been a bit of a hit-and-miss company when it comes to design. North Americans were not exposed to slick and innovative designs like the Area51, Gulliver and second generation Pegaso that inspired the European design community. At the same time, we weren’t subject to the Scarabeo 500 or the Spice Girls Sonic Limited Edition either. The case of the 2011 Tuono is hard to fathom. It could be speculated that Aprilia was on a tight budget and timeframe, but good shape is free. Probably, the Tuono was the result of too many cooks in the kitchen, and perhaps even customer clinics, like the public headlight design voting clinic that they conducted on the internet for the Laverda SFC 1000 concept. Either way, it forms a powerful contrast with the MV F3, and Ducati’s ever expanding family of street bikes, diluting rather than expanding brand visuals.