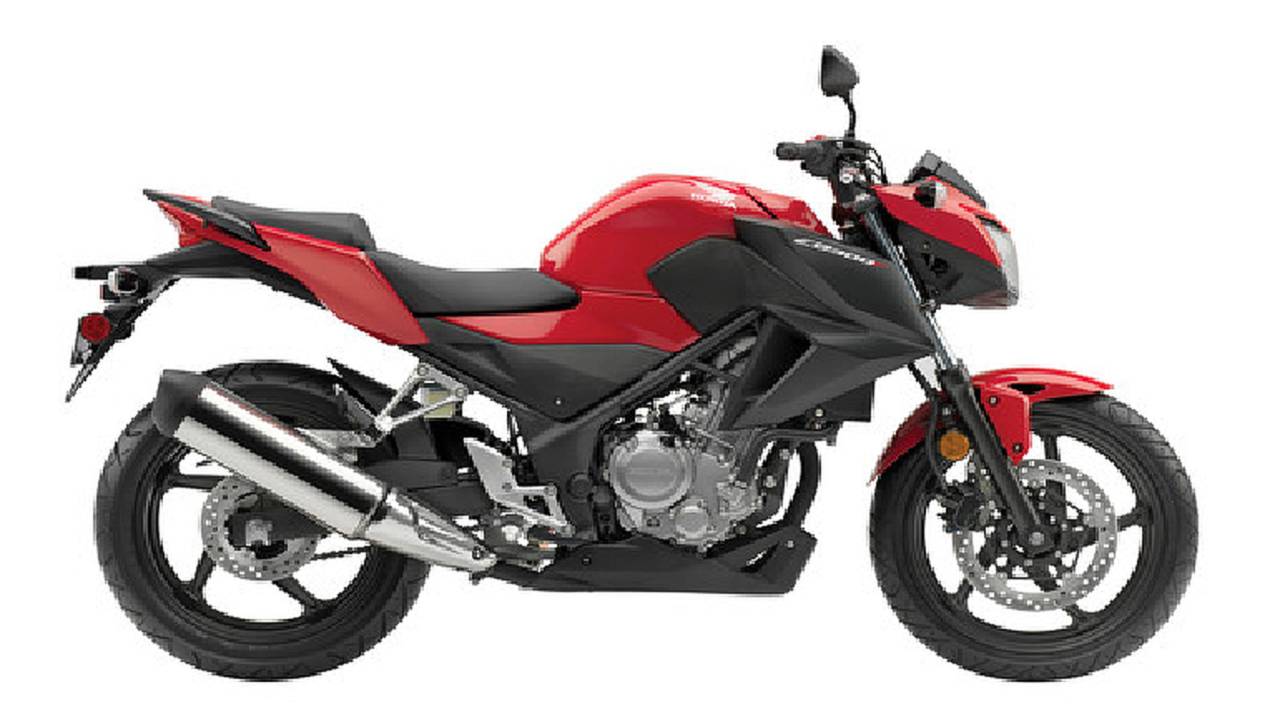 The new Honda CB300F – Is It The Ultimate Entry-Level Motorcycle?

What’s the BEST bike for a new rider? It’s a question that every noob asks. I’d posed it myself in a RideApart article a few weeks back, and quickly discovered that most riders have VERY differing opinions on the subject.

The folks at Honda – no strangers to producing bikes for entry-level riders - believe they have the answer: the 2015 CB300F (ed. note: we'll be testing the 2015 CB300F very soon and will have a full review soon).

The CB300F looks to be the CBR300R’s naked twin brother (or sister – Honda is aggressively courting new female riders, as evidenced by the promo video for the bike). It’s a less-intimidating version of the already unintimidating, noob-friendly CB500F, a bike that’s received a fair amount of praise from motorcycle publications. The goodwill shown towards that bike is being extended towards the CB300F.

That is a bold statement; my interest was piqued. I dove into the numerous press release-based articles about the bike to see what all the buzz was about.

Brass tacks: Honda’s new 286cc engine looks to give new riders just enough power to keep them out of trouble without causing them to soil their Kevlar-woven jeans; it’s VERY light (348 lbs wet) with an upright riding position and relatively low seat height; it comes in under $4000; and it’s not goofy-looking (talking to you, Suzuki GW250). In fact, it’s pretty sweet:

Honda will also be rolling out a line of accessories for the CB300F – add-ons like tail bag, carbon-fiber tank pad, and various covers and cowls will make the bike more useful and possibly extend its life past that of a first ride. CBR250 owners do seem to love their bikes, and one gets the sense that Honda is banking on CB300F owners having the same level of affection.

But is it the Ultimate Starter Bike? I asked Tony DeFranze, Motorcycle Media Coordinator for Honda USA, a few questions that were on my mind.

RA: Honda is rolling out the CBR300R, upgrading what many people feel is one of if not the best entry-level streetbikes on the market. The CB300F is also generating a lot of positive buzz as a potential great bike for new riders - if I'm trying to decide between the two, which do I choose?

DeFranze: The CBR300R simultaneously offers functionality and sport bike looks for those who want to look like a veteran starting with the first ride.  The CB300F is stripped down for those who like the streetfighter look.  Compared to the CBR300R, it sheds 9lbs and $400 in SRP.

The CB300F also has a slightly taller handlebar that offers a more upright riding position.  For new riders that aspire to one day own a CBR600RR or CBR1000RR, I think the choice is obvious with the CBR300R.  The CB300F offers another choice to a broad range of customers from first time riders to re-entry riders who will appreciate not only the lower SRP and lighter weight, but a more upright ride position and a lot of styling with minimal bodywork.

RA: RideApart gave both the CB500F and CB500X very high marks when we reviewed them last year. Were there any challenges in creating the CB300F? Was Honda looking at any specific competitors' bikes when designing this one? I'm thinking of the KTM Duke 390, which is supposed to be hitting the US this year.

DeFranze: We weren’t really looking at competitors, but the success of the CB500F was certainly an influence.  It was more about expanding the Honda customer base by offering another high value / affordable variation of the CBR300R.

RA: Any plans to add an ABS option to the CB300F? And any plans to expand available colors?

DeFranze: Our product planning group will be sensing the market as always to gauge consumer demand for other types as well as color options.

So no plans for ABS on the 2015 model (for me, a new rider, ABS would be a major plus – that said, no ABS means a lower price, and there is of course the ongoing debate as to whether it’s better to develop one’s riding skills on a bike with ABS or without), and if I want one in black, I’ll have to take it to my local customizer. We’ll have to wait to see if the CB300F lives up to the buzz – it’s expected to ship this fall, but no release dates have been announced.