This Korean cruiser is Harley’s future

Believe it or not, but today’s pot-bellied pirates didn’t get their start on the gigantic chrome vibrators they now ride. Instead, they learned on, gasp, foreign-made, small-capacity bikes that had a wide range of abilities and appeal outside Harley’s existing customers. Hoping to recreate the ability and appeal of those original Aermacchis, Utah-based ATK is planning to serve Harley dealers...

Believe it or not, but today’s pot-bellied pirates didn’t get their start on the gigantic chrome vibrators they now ride. Instead, they learned on, gasp, foreign-made, small-capacity bikes that had a wide range of abilities and appeal outside Harley’s existing customers. Hoping to recreate the ability and appeal of those original Aermacchis, Utah-based ATK is planning to serve Harley dealers with the small-capacity, affordable entry-level machine’s they’re begging for, giving those dealers a way to bring new blood into their showrooms, hopefully hooking new riders for life. ATK wants to be the Scion to Harley’s Toyota and these 250-680cc re-badged Hyosungs are the first in a new range of products for sale at a number of Harley’s dealers.

We’ve previously discussed the disturbing departure between the average age of Harley’s customers increasing at a rate faster than aging (it’s now 49-years-old, up seven years in the last five) and The Motor Company trying to convince its shareholders that their model range actually holds some youth appeal. At the current rate, Harley’s core demographic will age out of riding, or at least buying large numbers of new bikes, in about 10 years. We’re not the only ones to notice this; back in July, pressure from dealers for an entry-level product forced Harley to declare that it would start developing just such a product. The problem is, it won’t reach the market for at least three years.

Enter ATK, which has a range of small and mid-capacity motorcycles virtually ready to go and deals with a number of Harley dealers that want to sell them. 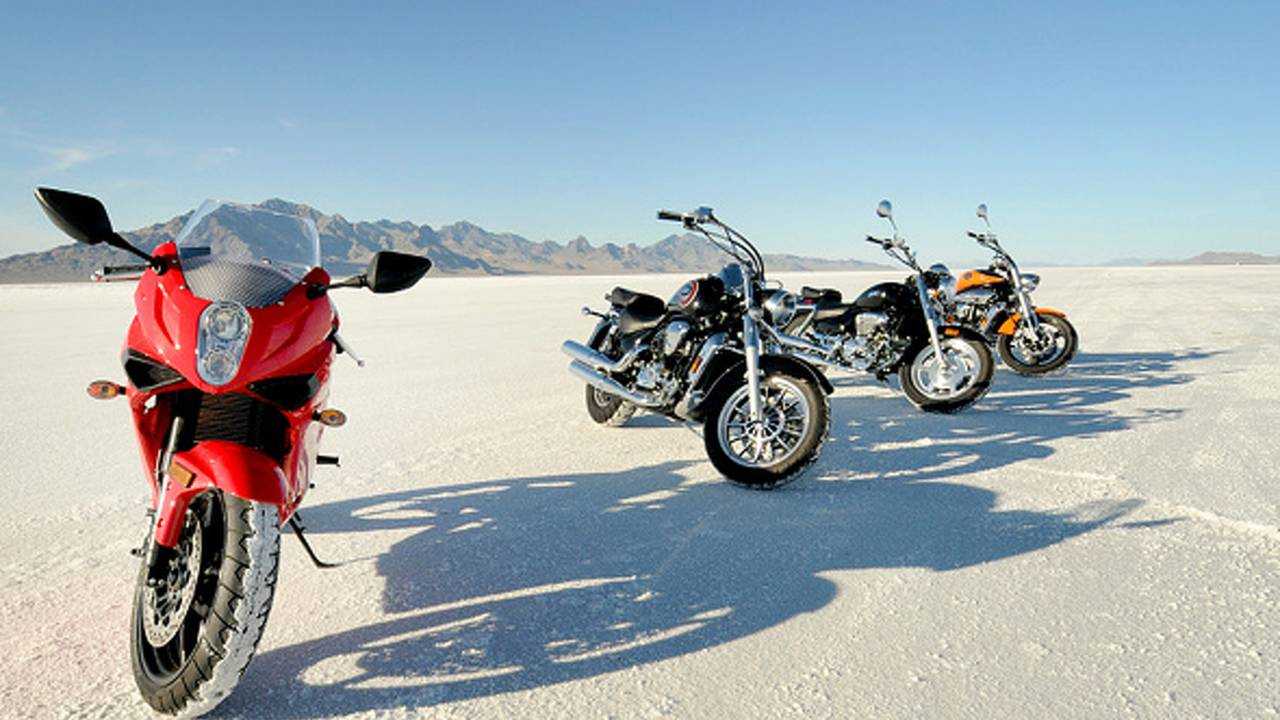 Don’t be too put off by the fact that the bike pictured here is merely a re-badged Hyosung Aquila, itself a worthy cruiser, but hardly a revolutionary new bike capable of transforming a new generation into lifetime riders. These first products are merely unsold stock, left over after Hyosung tried to sell an unknown Korean brand through tiny, out-of-the-way dealers. In 2012, ATK plans to commence final assembly of a new range of bikes in Utah using Korean-made parts. Assembly in Utah will hopefully give the bikes American quality, while Korean components will give them import prices. Its deal with S&T Motors (formerly Hyosung), gives ATK access to an existing range of 250-680cc standards, cruisers and even sportsbikes, but the Utah company also plans to enlist top American design talent to develop new models specifically tailored to the youth market here. Skewing even younger, they also hope to sell mini dirtbikes, literally adopting a drug-dealers’ business model; hooking them young and keeping them for life.

They key to all this and the thing that separates ATK from the Japanese competition is that ATK holds the keys to much of Harley’s distribution network through relationships with key dealers. Some of the largest motorcycle dealers in the country will now be equipped to reach a sub-Harley market or even address the needs of current customers with easier bikes to learn on.

So why hasn’t Harley stepped in to fill this market gap itself? Its insistence on developing its own motorcycles, in America, top-to-bottom is a huge handicap. That HD learner bike? Well that’s costing them $60 million and taking three years to develop. That’s money the company can ill-afford to spend when it’s repaying Warren Buffet for a $900 million loan at 15 percent interest, which is actually part of nearly $2 billion in total loans Harley’s had to take out in the last year or so simply to keep itself alive. Remember, all this financial woe is relatively recent, Harley was still generating record profits in 2006 and it appears the company’s management was simply unable to foresee a time when using sub-prime loans to sell expensive, unnecessary, trend-dependent lifestyle accessories to people who didn’t need them and couldn’t afford them would cease to turn profits. The first suggestion that Harley even recognizes a need to pursue a non-boomer audience comes with this $60 million learner bike.

Meanwhile, the market is ripe for a quick-moving startup to give Harley dealers the bikes they need to survive the current economic climate while equipping them with the tools to develop and grow a new audience capable of seeing them through decades to come. You get the feeling that even while ATK is throwing its dealers a potential lifeline, Harley is doing everything it can to prevent the success of what it sees as a future rival to its business. Each and every communication from ATK carries the following language, “Neither Harley-Davidson Motor Company, Inc. nor its affiliates endorse or support ATK in any way.”

If ATK is able to deliver the affordable, appealing small and mid-capacity bikes it's promising and Harley dealers are able to profit from them, then a bunch of executives in Milwaukee are going to look pretty silly.