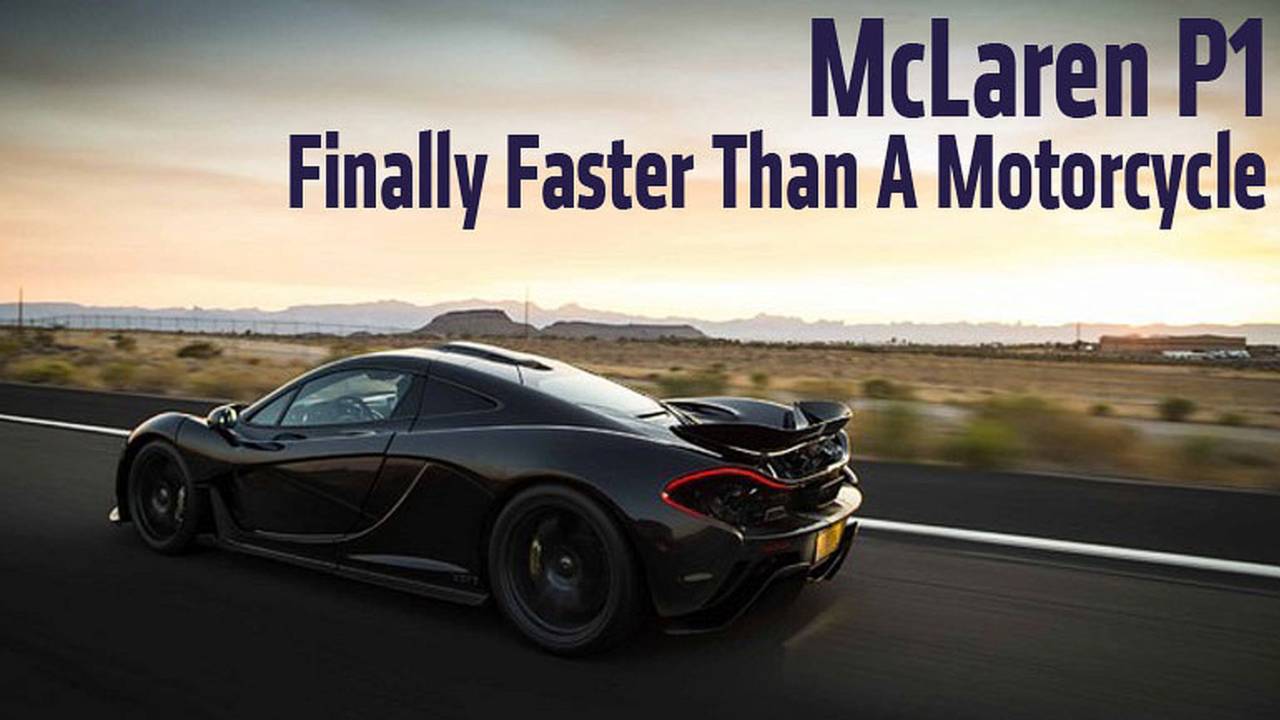 The McLaren P1 is the first production car that is faster than a motorcycle. See how it stacks up and find out why it has bikes beat.

For decades, there has been a stalemate in the car vs. bike wars — the most expensive cars claim higher top speeds, but much more affordable bikes have had them beat in every other performance metric. No longer, with the launch of the McLaren P1, a production car can now claim to beat any bike going, everywhere. It is simply faster than a motorcycle.

Sure, the P1 retails for a cool $1.15 million, and you can achieve 90 percent of its performance with a five-year old, $5,000 Suzuki GSX-R1000. I know we’re a motorcycle site, but as speed enthusiasts we have to appreciate what McLaren has been able to accomplish; here’s a look at how the supercar stacks up to superbikes on the track.

“Right. The P1. The next chapter in motoring. Speed like you simply would not believe.” – Jeremy Clarkson

Let’s Play With Some Numbers

So What does this translate to in acceleration? We have to beat it there, right?

The HP4 retails for $20,525 which means you could buy 54 of them for the price of a McLaren P1…just in case you were wondering.

So, with inferior torque-to-weight and power-to-weight numbers, how does the P1 achieve faster acceleration than the bikes? According to Car and Driver, “The 57-pound electric motor can declutch from the driveline, and produces 177 horses and effective torque of 192 lb-ft. In addition to its normal propulsion duties, it helps, McLaren says, “fill in” torque gaps after shifts while the turbos spool up and also aids faster upshifts by providing driveline drag to drop engine speed more quickly.”

This article began as a, “Look how a normal sportbike is faster than this new awesome car,” until I realized that McLaren has finally come up with a car I don’t think we could actually race (and beat) on a track. The good news is that it’s still crazy expensive and we can rest assured we’ll still be able to take on everything except purpose-built track cars for a little while longer.

I’d love to stand with you, my fellow two-wheeled brethren, and try and hate this latest attempt to exceed the kind of performance we get to experience on a daily basis but, this thing just has us beat.