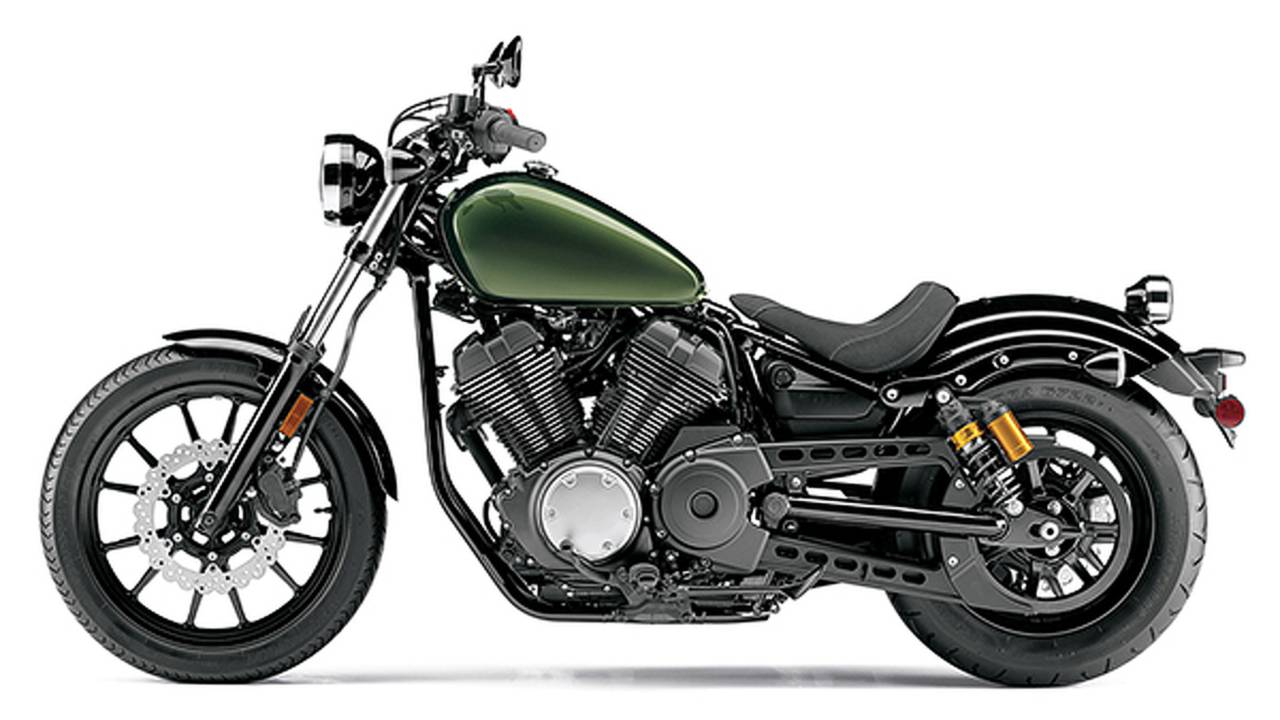 Star Bolt: Japanese IronIt's pretty easy to figure out what the purpose of this new Star Bolt is: conquest sales from the Harley Sportster Iron 883....

It's pretty easy to figure out what the purpose of this new Star Bolt is: conquest sales from the Harley Sportster Iron 883. The pared-down Bobber should be capable of doing that too, comprehensively trouncing the Hog in its spec sheet.

The Bolt is powered by a 950cc, air-cooled v-twin producing 58lb/ft of torque. That's then housed in a steel double-cradle frame for an all-up weight of 540lbs.

While those specs may be relatively unimpressive in the wider world of motorcycling, they do make the Bolt's specs superior to those of the Iron 883. 58.9cc more, three more pound-feet, 33 pounds less weight.

Perhaps more encouragingly, the swingarm pivot is actually higher than the rear axle. That means the rear suspension will behave like that of a real motorcycle, delivering something known as "safe, predictable handling." There'a also reasonably large, 298mm wavy brake discs front and rear complete with what appear to be two-piston sliding calipers. These should actually be capable of bringing the Bolt to a halt. That's nice when you don't want to run into anything.

The two bikes are priced virtually identically. The Bolt will retail for $7,990, while the Hardly is $7,999.

In addition to that base bike, there's also a Bolt R-Spec that adds remote reservoir shocks, a suede seat and black mirrors. It will retail for $8,290. The base bike is available in black or white, the R-Spec in green or gray.

GK did an excellent job styling the Bolt, not only are its lines and mechanical components clean, cohesive and evocative, but details like the LED brake light cluster bring a welcome touch of the 21st century to the otherwise throwback look. This is a good looking, competitively spec'd and priced bike that does just enough to set itself apart without alienating the hyper-conservative cruiser-buying audience. We're looking forward to riding it next month.