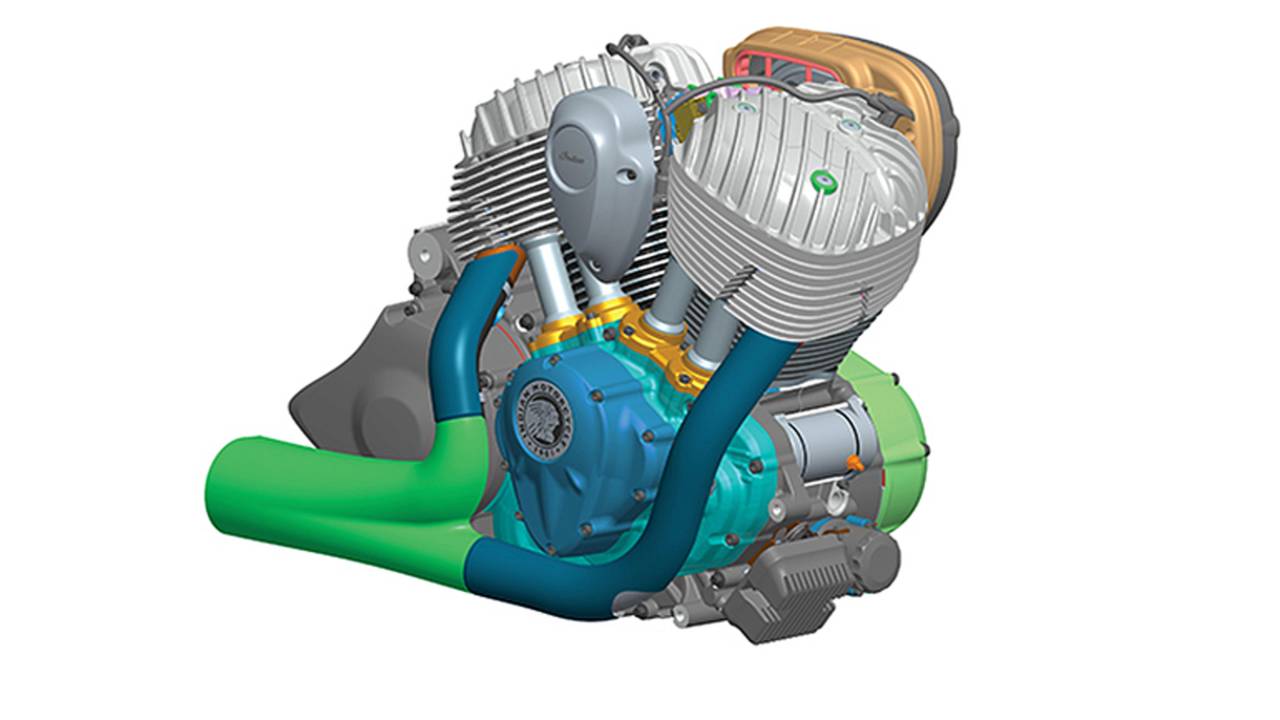 A $19,000 IndianIndian Motorcycle is back in business with a new owner, ambitious business plans for the future including news this week of a $19,000...

Indian Motorcycle is back in business with a new owner, ambitious business plans for the future including news this week of a $19,000 all-new Indian Chief V-Twin heavy cruiser due for launch this summer.

But why should we care? After all we have seen this before. How many times can you apply CPR to something that is well and truly dead before accepting that it’s over, the world has moved on, and finally do the decent thing and consign Indian Motorcycles to the history books?

The problem is Indian Motorcycle is an iconic brand that despite everything that has happened to it over the years it simply refuses to die. And now with multi-national Polaris Industries at the helm could there finally be a real future for America’s oldest motorcycle company?

Created in 1902 in Springfield, Mass., Indian was in its glory days not only the biggest motorcycle manufacturer in the U.S. but also the world. It earned an enviable reputation for its engineering and quality of its motorcycles and had big successes too when it took its bikes to the race tracks between the World Wars.

Indian can also lay claim to have created a lot of the enigmatic heavy cruiser design cues for its motorcycles in the 1940’s, many of which are still can be seen on today’s modern cruisers. It also offered us sprung solo saddles, fringe tassled saddlebags, whitewall tires, art deco touches and chrome embellishments, which you could argue its long time rival Harley-Davidson eventually took over and made its own when Indian collapsed in financial ruin in 1953.

A succession of owners tried to kick start the company over the years but there was always insufficient capital, along with trademark and quality issues hampering every attempt to try and bring Indian back to where it should be as an innovative, engineering-led company that has great quality and beautifully designed motorcycles.

As the new owner of Indian Motorcycle, Polaris Industries is recognized as the leader in the powersports industry around the globe. It has interests in electrical/hybrid powered vehicles and bikes too, is a global sales leader for snowmobiles and ATV’s, supplies the U.S. military with side-by-side vehicles and owns a Swiss company that provides engineering and technology support for Grand Prix Formula One racing.

That industry know-how also extends to motorcycles when in 1997 Polaris started building Victory Motorcycles that over the years has started to be taken seriously in the heavyweight cruiser class, moving into the number two sales slot in 2012 after selling more than 13,000 bikes. That’s miles behind Harley-Davidson who dominated the sector with global sales in excess of 230,000, but Victory has fought hard for its reputation with some good bikes in recent times.

The burning questions are does Polaris have the drive to resurrect the Indian Motorcycle brand and can it really bring it back as serious rival to Harley-Davidson, who by Polaris’s own admission has 85% of the market, a die-hard fan base and essentially made the cruiser market predominantly all of its own?

Unlike Indian’s owners of the past there is no doubting Polaris’s financial standing today. Last year alone with its diverse interests around the world it generated sales of $3.2 billion.

In just 18-months of ownership of Indian Motorcycle it has generated hundreds of new jobs in the U.S. specifically to work on developing new products, doubled the size of its product development center in Wyoming, Minnesota, and introduced a new production line specifically for Indian Motorcycle alongside Victory Motorcycles at its facility in Spirit lake, Iowa, with the capacity to grow the plant when the Indian range increases.

But Polaris’s momentum has not stopped there in its attempt to get Indian Motorcycle up and running and back out there.

At the 2013 Daytona Bike Week in March, it announced the all-new Thunder Stroke 111ci, 115 ft-lbs, V-Twin engine. It has been designed in-house and is being built at Polaris’s assembly plant in Osceola, Wisconsin and will go into the all-new Indian Chief due for launch this August.

To turn around a new motorcycle engine from scratch even in today’s fast model cycles and using advanced engineering CGI design methods is nothing short of astonishing.

Indian said it looked at a whole series of options for this first bike, even revisiting the company’s past and considering in-line four-cylinder engines, before deciding on a 49-degree, air-cooled V-Twin.

“Polaris is in this for the long-run,” said Pandya. “We recognize how iconic Indian Motorcycle is and we are very serious about our role as guardians of such a well-known and well-loved American brand.

“What Polaris can offer Indian, aside from financial stability, is a huge resource in terms of design and engineering through all of the other companies within the group.

“Whilst both Victory and Indian will share the same production facility they do not currently share parts. You simply cannot take a Victory and put Indian tanks and parts on it. It wouldn’t be an Indian motorcycle and we will maintain this engineering integrity."

With the announcement this week of the Indian Chief priced at $18,999, Polaris has made it clear that this is just the first of several types of a motorcycles that it will be unveiling in the future. Whilst there are no specific details yet about the Chief or any other models, Indian has hinted it will be looking to its sporting past for inspiration and not just focusing on cruisers. Time will tell.

However there is still a lot of work to do with a national Indian dealer network. When Polaris bought the company it inherited less than 20 dealers in the U.S. Victory Motorcycles has some 450 dealers in North America alone many of whom sell other products from Polaris but Indian Motorcycles will have its own separate national dealer network and corporate identity and plans are underway now to appoint new retailers to coincide with the launch of the Chief this summer.

In its golden years Indian was a stalwart of the annual Sturgis Motorcycle Rally with a huge presence. With the company’s first demise in 1953 it wasn’t long before archrival, both on the street and racetrack, Harley-Davidson quickly made the Sturgis event its own.

In a provocative and some may say an applaudable move, Indian will be traveling to the 73rd annual Sturgis Rally on August 3-111 this year to unveil its new Indian Chief in front of a Harley-Davidson crowd.

“We looked at a whole series of ways of introducing the Chief and the absolutely best fit we felt was Sturgis. We’ll be showing our new motorcycle to a knowledgeable and passionate audience,” added Pandya.

So, back to our original question. Does actually anyone care that there is now yet another iteration of the Indian Motorcycle company?

Based on the broken promises of Indian’s past and some pretty horrendous motorcycles that were built to a price with dubious performance and build quality we’d say a resounding no.

But full marks to Polaris. It’s keen to demonstrate it understands the Indian Motorcycle brand and tells us it has spent time listening and talking to potential customers to ensure that it’s going down the right path with new motorcycles for the future.

It has huge resources within the Polaris group from a very sound financial position to a pool of technical and technology talent that seems to cover nearly every aspect for Indian to draw upon.

It’s early days to pass any comment on the new Indian Chief as nobody has seen it yet alone ridden it. Price-wise at $18,999 it’s up where we would expect a big cruiser to be but it’s going to be very interesting too to see what else is coming down the line from Indian under Polaris’s dynamic stewardship.

But in the meantime, Harley-Davidson you may want to pay attention here, Indian Motorcycle is back and as they say in the movies – this time it could be personal.