How Ural Came Up With The Yamal 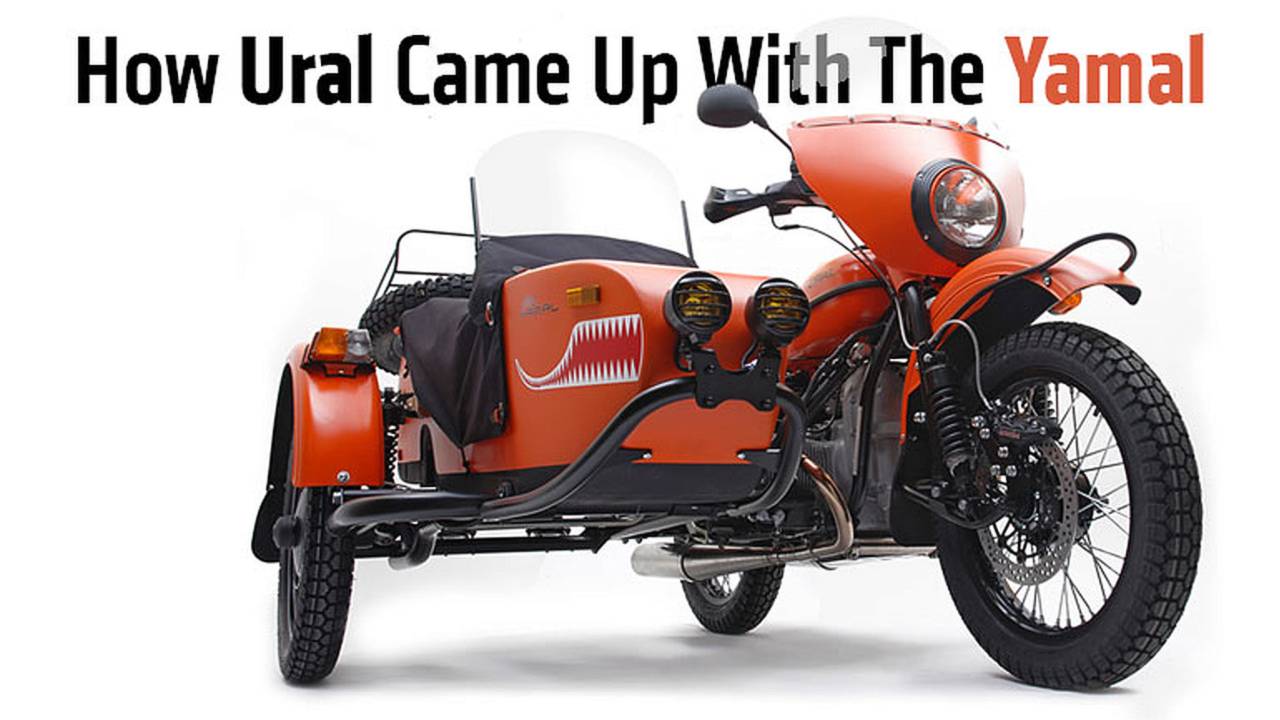 The special edition Ural Yamal gathered much attention. Here's the behind-the-scenes story of how it came about with some old paint and a trip to WalMart.

Last year’s special edition Ural Yamal gathered much attention thanks to its flat orange paint and shark-toothed grin, but mostly for its inclusion of a sidecar-mounted oar. How did a Seattle-based company end up paying homage to an obscure Soviet icebreaker with a three-wheeled motorcycle? Here’s the inside story of how Ural came up with the Yamal.

“The bike was originally named the Taymr, after the northernmost peninsula in Russia,” explains Ural marketing director Madina Merzhoeva. “It was painted white, with the black bottom you see on the Yamal, but when it arrived in the crate from Irbit, it looked awful.”

Ural’s HQ is in Seattle, Washington (North America is its largest market), but the factory is in the tiny Siberian town of Irbit, Russia. That production facility is ancient and I don’t think they’d mind me describing it as “backwards” as well. Despite Madina and CEO Ilya Khait’s Russian birth, they often struggle to achieve predictable results from their team in Irbit.

“We couldn’t put it on sale like that, so we started casting about for ideas on how to fix it,” explains Ilya. “The factory mentioned they had a flat orange paint base laying around and so I started Googling and came across the Yamal ice breaker.”

The Yamal peninsula lies close to Taymr and the largest icebreaker ever made, the nuclear-powered NS Yamal, is named after it. It’s a neat looking ship, with a flat orange superstructure and black hull designed to slip through arctic ice sheets. A stylized shark mouth decorates its bow.

Equipped with an idea, a story and a whole bunch of orange paint, Ural was suddenly onto a visually-stunning special edition. But, it needed a little something extra to really capture attention. Something that could “troll” the Internet, according to Ilya.

Shopping at a local WalMart, the pair came across a closeout sale on small wooden oars — $6 a piece. They picked up every single one at the store, painted survival instructions on the paddle’s blade (complete with humorous twist) and mounted it to the sidecar in place of the typical shovel. And that’s how the most popular special edition in Ural’s history was born.