Jeb Scolman, the designer/builder who created the Spirit of Munro bike Indian used to launch the ThunderStroke 111 last year, has struck again.

Inspired by the functional lines and construction of land speed and drag bikes of the fifties and sixties, the Black Bullet is Spartan, lean, and purposeful.

Finished in gleaming black and chrome, the rigid frame brings the engine, radiator, transmission, fuel tank and tail/seat section into compact form, all topped off with a fork-mounted bullet fairing.  Construction is all metal, all custom. Despite having the all-competition look, the fairing includes a headlight concealed behind the tinted windscreen integrated with the bullet fairing. 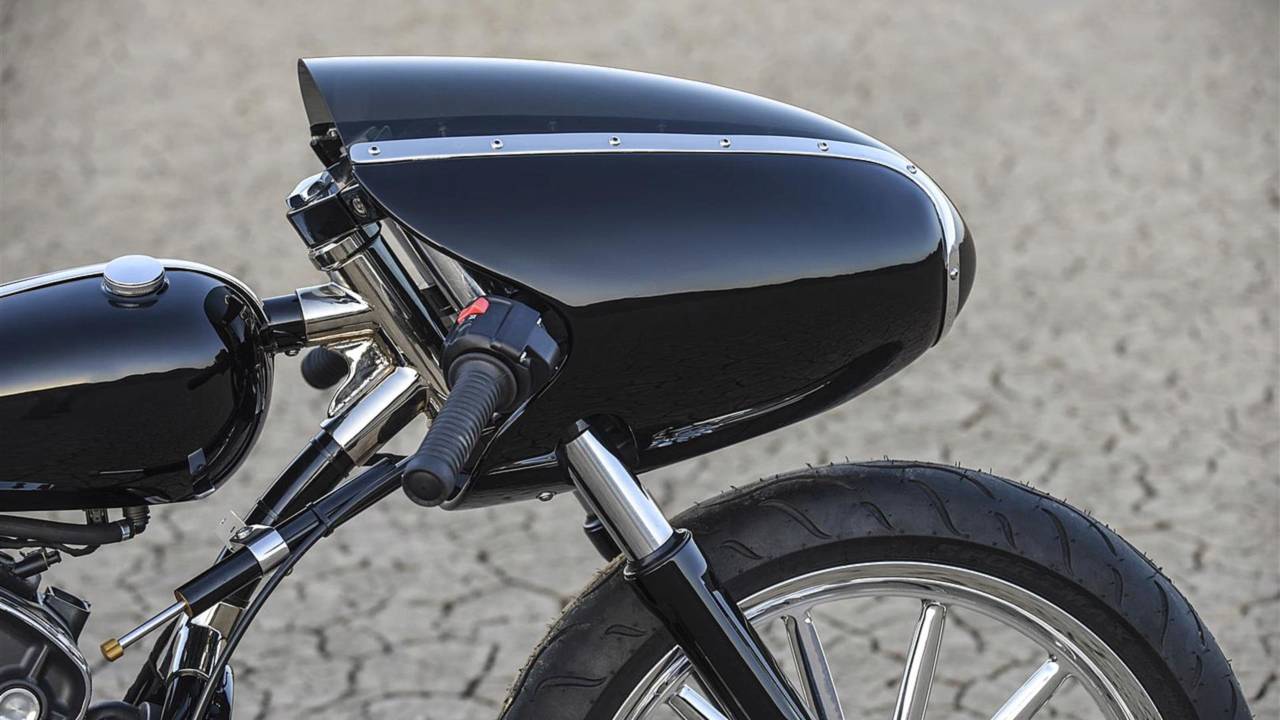 Clip-on handlebars tuck down tightly behind the fairing and rear-set pegs are mounted at the rear wheel axle, combining to create a laid-out high-speed riding posture. To keep the frontal area as minimal as possible, Scolman cast a custom intake manifold to allow the throttle body to be turned sideways.

Indian advises: “The Black Bullet Scout will be on display in Sturgis at the company display on Lazelle St between July 31st and August 8th, and is destined to see the salt. It was built to race and continue the tradition of an Indian Scout ripping across the Bonneville Salt Flats.”

As a partially streamlined bike displacing 1200cc, the Black Bullet will have to compete in the 1350cc class, since the next smaller class is the 1000cc division. Depending on whether it is run on pump gas or fuel (as a partially streamlined, special construction 1350cc APS/AG or APS/AF), the speeds it would have to exceed to do any record setting are 211.711 mph and 211.671 mph respectively.

Whether it gets into the record books at Bonneville or not, it should be a gas to watch.