Danger: BABi on Board 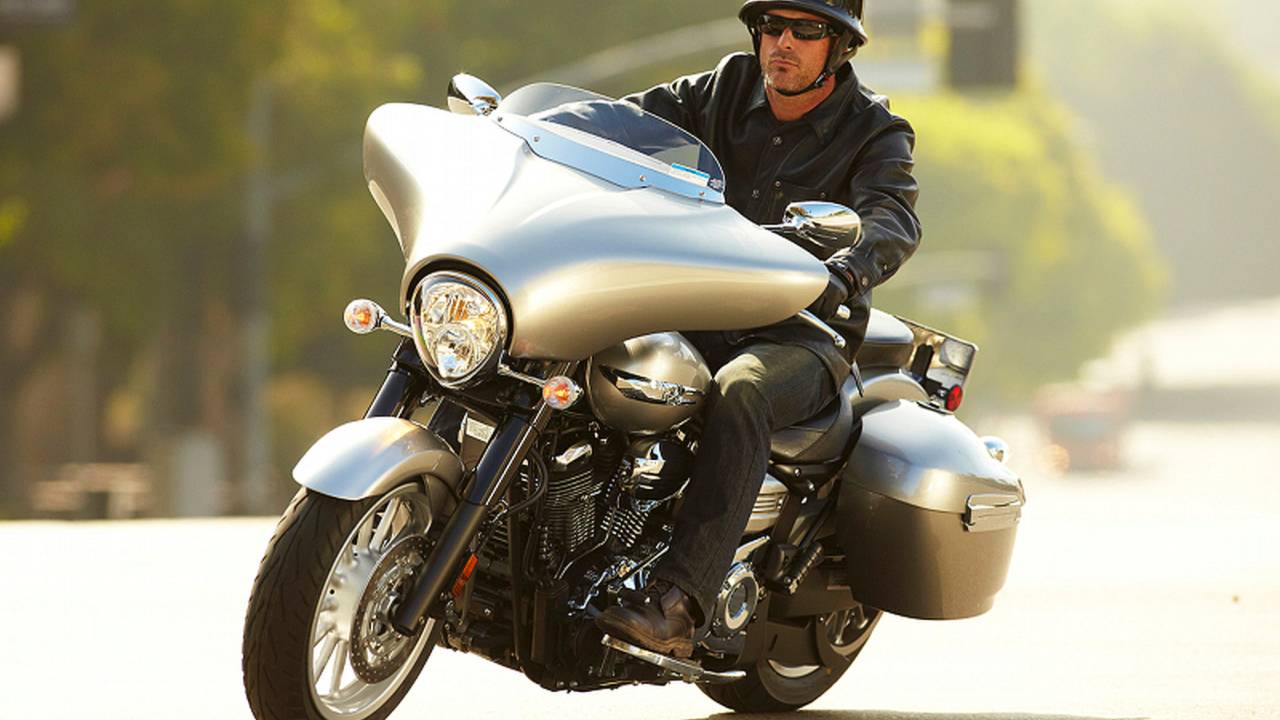 WARNING! There is a menace on the streets, Mr. and Mrs. America! A two-wheeled peril prowling your very neighborhoods. These marauders of menace bring a new meaning to TERROR ON THE TARMAC. What is this new threat? Young hooligans and their high-spirited hijinks? Pistol-packing gangs with a devil-may-care attitude? No, these are the new horror of the highway. These are the BABis: the Born-Again ...

WARNING! There is a menace on the streets, Mr. and Mrs. America! A two-wheeled peril prowling your very neighborhoods. These marauders of menace bring a new meaning to TERROR ON THE TARMAC.

What is this new threat? Young hooligans and their high-spirited hijinks? Pistol-packing gangs with a devil-may-care attitude? No, these are the new horror of the highway. These are the BABis: the Born-Again Bikers.

It's mid-life crisis time, and Mr. BABi has always wanted a "bike." No, he has always wanted to "be" a "biker." Maybe his cool uncle had a bike, maybe he saw "Easy Rider" 15 times, maybe he even briefly had a small bike in his garage. It doesn't matter why. What matters is that he has spent the last thirty years suppressing every human desire in the name of acceptability, and now that the kids are off to school, this would-be warrior schlepps his credit cards down to the dealership and takes home 900 pounds of chrome.

Have you ever been at the dealership and noticed a 19-foot-long cruiser up on a pedestal? A bike that looks like the Star Destroyer from the opening scene of Star Wars and has the turning radius of the USS Nimitz? Did you ever wonder who buys that? Mr. BABi.

Now he is on the road next to you, riding with all the skill and finesse of a panda driving a Panzer after a bamboo binge. And with the ultra-plush suspension of his dreadnought, he could ride right over your grandmother's Impala and never feel it. To the BABi, the motorcycle isn't a machine; it isn't a vehicle; it isn't even a toy. It is a fantasy; it is instant, made-to-wear lifestyle; it is Letters to Penthouse; it is total Walter Mitty material.

Avoid this Rolling Chunder at all costs. But how can you identify them when you only have a few seconds on the road? There are plenty of older guys on cruisers who have chops and scars, who have been riding since you were nothing more than a broken condom, son. So how can you quickly tell a BABi from an old motorcycle vet on his venerated rig? To answer this question, I put a pillow under my shirt, borrowed some assless chaps, and went deep into suburbia to go undercover with the BABies. I even learned their lingo — "annuity," "prostate," "weekend" — to blend in. I parked a rented Land Leviathan at a Starbucks, sipped a grande caramel latte, and waited. My research cost me my innocence, but it uncovered these valuable warning signs.

2: Factory customs. For BABies, premium chrome packages, especially "limited editions" are like fresh brains for the zombies. Just as importantly, the only modifications to the bike will be branded bolt-on accessories mounted by the dealer.

3: Branded clothing. From the tip of their boots to the top of their do-rags, every stitch of clothing will prominently display the gen-u-ine logo of their chosen brand.

4: Cleanliness. Their bike will be spotlessly clean. Even though some of them put in up to three or four hundred miles of riding each year, they manage to find time every week to clean and polish their ride.

5: No leaning. Their body is on a motorcycle, but their brain is still in an SUV, so they drive it like a truck. They never lean, but turn that handlebar until the bike points somewhere in the general direction they want to go. Maybe this makes sense since the massive girth of their bikes leaves little ground clearance. Of course, this leads to:

6: Wide turns. You'll see them go a little bit left before the go right. After all, you gotta get lined up to land a 747.

7: Using the whole lane. Most riders, when they see another bike come up behind them, move to one side of the lane so they can ride echelon-style. BABies cannot do this, because it would require A: placing the bike in the lane with enough precision to select a side, and B: knowing what is happening behind them.

8: Trikes. The walker-with-tennis-ball-on-its-legs of the highway.

If you observe four or more of these traits, do whatever you have to to get away. Jump the curb, make an illegal turn, whatever it takes. After all, you wouldn't want someone to think you're with that dude.

This has been a public service message.

*I am indebted to Eryl Price-Davies for introducing me to the term BABi.