The 2014 Chevrolet Camaro ZL1 On Our Favorite Motorcycle Road 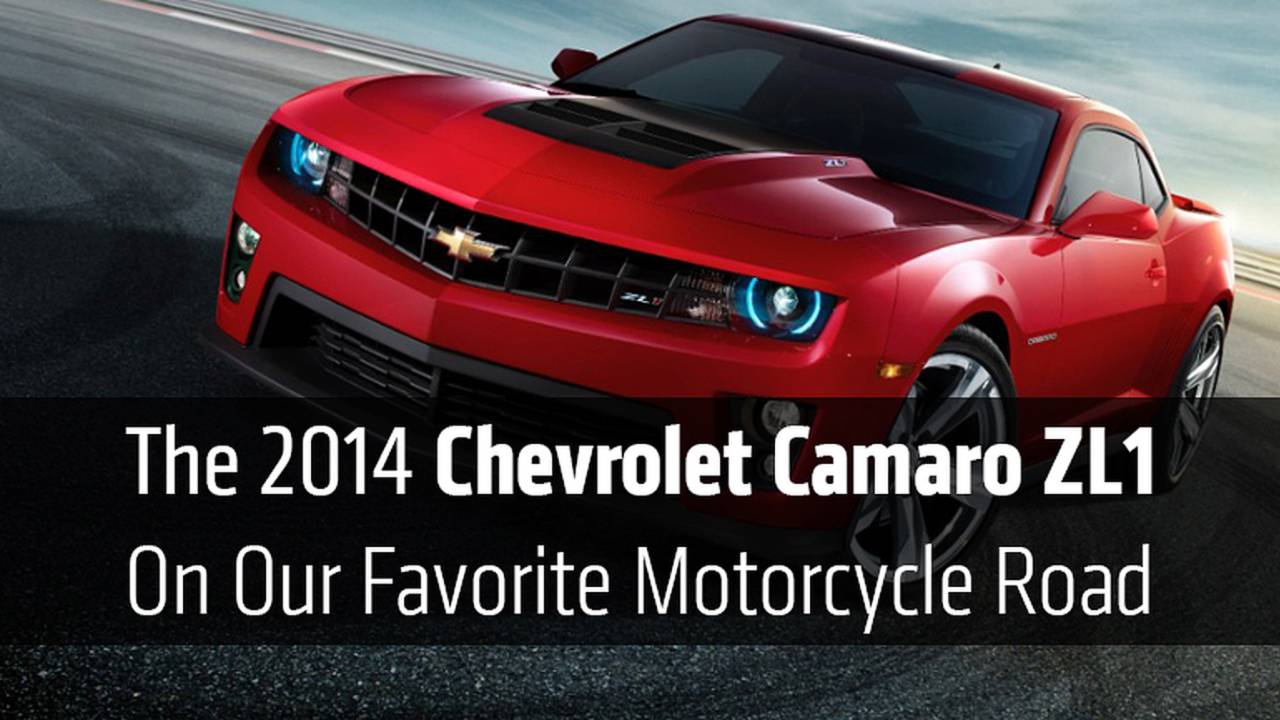 We took the 2014 Chevrolet Camaro ZL1 to our favorite motorcycle road to see how it measured up.

Photos by the author

Okay, the year is young, but it's going to have to get pretty good to eclipse this week's experience.

I was test-driving the 2014 Chevrolet Camaro ZL1, and I decided to take this American muscle out on my favorite motorcycle road to see how it measured up.

I live in Southern California, and while the rest of you have been experiencing the Polar Vortex this month, we've been deep into the worst drought in recorded history. Los Angeles got about 3.6" of rainfall for the entire year of 2013, which is terrible news − unless you like to ride a motorcycle through the canyons.

The Angeles Crest Highway snakes through the San Gabriel Mountain range just north of Los Angeles. Most years, the highest passes are snowed in by January, and remain impassable until late spring. This year, thanks to very moderate temperatures and the drought, the roads are clear and open.

The great thing about the Angeles Crest is that it is easily accessible, and yet on most weekdays, virtually traffic-free. For most of its 66-mile length, the highway is a two-lane road, one in each direction, with limited intersections. There are passing lanes every few miles, and turnouts along the way. The road rises and falls, dips and turns, and presents just about every kind of exciting condition that motorcyclists crave. The thing that I love about the Angeles Crest is not just that it feels remote and wild, but that the camber on almost every turn is perfect, allowing for long sweeping turns and a feeling of carving the perfect line. It's a public road, and you have to be very careful to stay on the right side of the yellow line, but you can have some real fun on a bike up in the San Gabriels.

The ZL1 is not a bike − far from it. But it does have some very motorcycle-like qualities. First of all, it has a massively powerful engine − a 6.2-liter supercharged V8 that produces 580 hp and 556 lb.-ft. of torque, while weighing in at 4,374 lbs. That's 0.13 horsepower per pound, which is close to the ratio you'd expect in an average cruiser. Still, the ZL1 can rocket from zero to sixty in 3.9 seconds, if you believe Chevy's claims

ZL1's six-speed manual transmission is great, because with all that torque on tap, you have a lot of latitude with shifting. Which is a good thing, because the clutch is not so great. It's very heavy, and difficult to modulate. I found the best way to get the most out of the ZL1 on the Angeles Crest was to minimize my shifts, and to keep the revs up in a lower gear until I absolutely had to change gears.

GM has equipped ZL1 with a great suspension system, Magnetic Ride, which uses electricity to affect magnetic fluid in the shocks in order to change ride response. It does this nearly instantly, continuously and very rapidly. You can select "Tour" or "Sport" to adjust the response. I set the suspension in "Sport" during my ride on the Crest, and it was just right. I got great road feel without being punished over any rough spots. The car ran flat through the turns, with no wallowing or floating − a big problem with a heavy car when you push it through the turns.

With all that power and a manual transmission, GM has left a surprising amount of fun available, even with the traction control turned on (the default setting). It's very easy to get the rear drive wheels loose around a tight corner, and just as easy to snap them back into line with a little more throttle. Sliding around corners is not a good idea on Angeles Crest, as the drop-offs are unforgiving and there aren't always guardrails where you'd expect them. I tried to think like a motorcyclist as I approached the turns, adjusting my entry speed and looking through the turns to calibrate exit speeds. The strategy delivered a fun ride, without the drama of unexpected slides.

Driving a car will never replace riding a motorcycle for me, but the 2014 Chevy Camaro ZL1 did deliver a dose of excitement, challenge and delight on my favorite motorcycle road. And that's saying something.