Full details on the 2014 Ducati 899 Panigale, including photos, price, horsepower, torque and weight.

The wraps have just come off the 2014 Ducati 899 Panigale at parent company Volkswagen's HQ in Frankfurt, Germany. For three grand less than the 1199, you get the same frameless design, all the electronic rider aids you could wish for and an all-new, 148bhp v-twin.

The 899 is the Ducati 1199 Panigale's new little brother, replacing the old Ducati 848 Evo with an all-new motorcycle. Aping its big brother, the traditional perimeter frame is replaced by a "frameless" arrangement that uses an airbox bolted to the front cylinder, doubling as a subframe to hold on the forks. The swingarm is bolted to the engine and a dinky rear subframe bolted to the rear cylinder supports the rider. 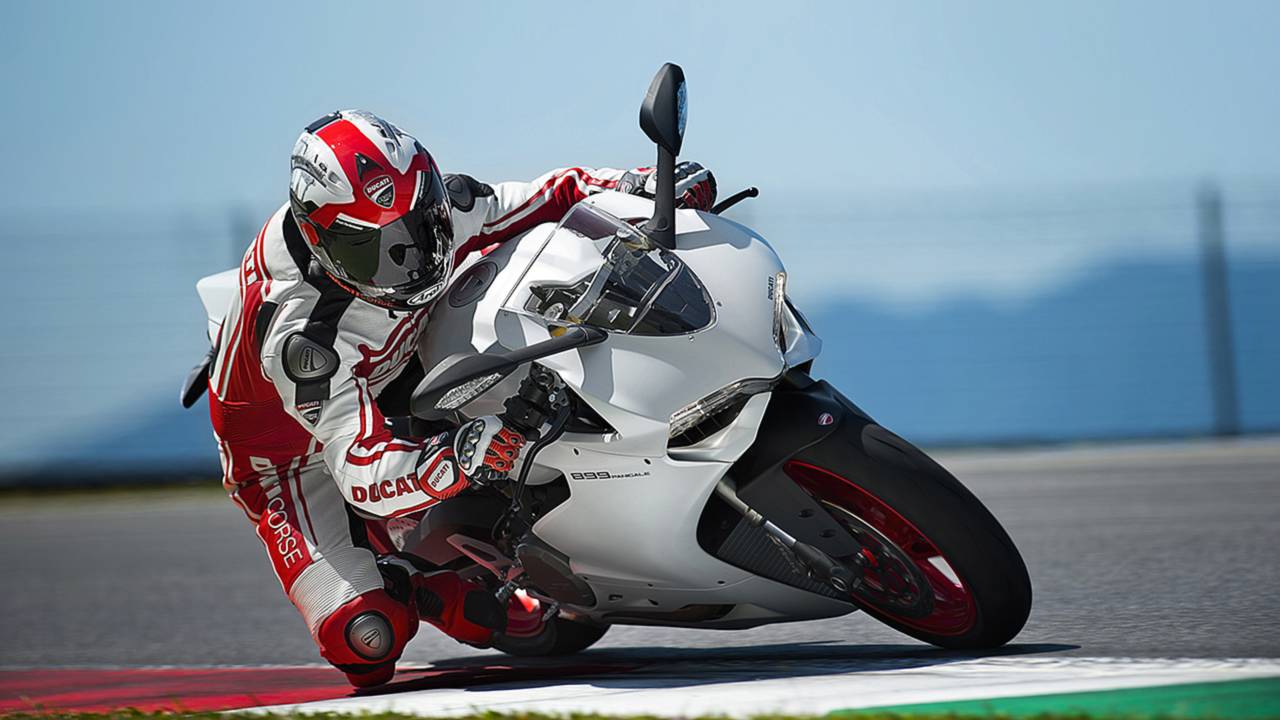 The 899 is fitted with the same electronic rider aid package as the larger Panigale: traction control, ABS, engine brake control (you can tailor the level of engine braking) and quick shift. You can dial in all those settings via the large, Thin Film Transistor display. Unlike the 1199 S and its electronically adjustable Ohlins suspension, you're stuck using a screw driver and c-spanner to adjust the suspension.

Existing 848 owners may be somewhat disappointed by these numbers; the 899 is only 8bhp up on the 848 Evo, develops identical torque and weighs slightly more, while carrying a $1,000 premium.

Ducati describes the 899 as a "Supermid," a new definition which comes from a capacity that's now too large for supersport racing, but not quite competitive with full on superbikes. The 1199 weighs the same, but develops 195bhp and 98lb-ft of torque. it starts at $17,995. 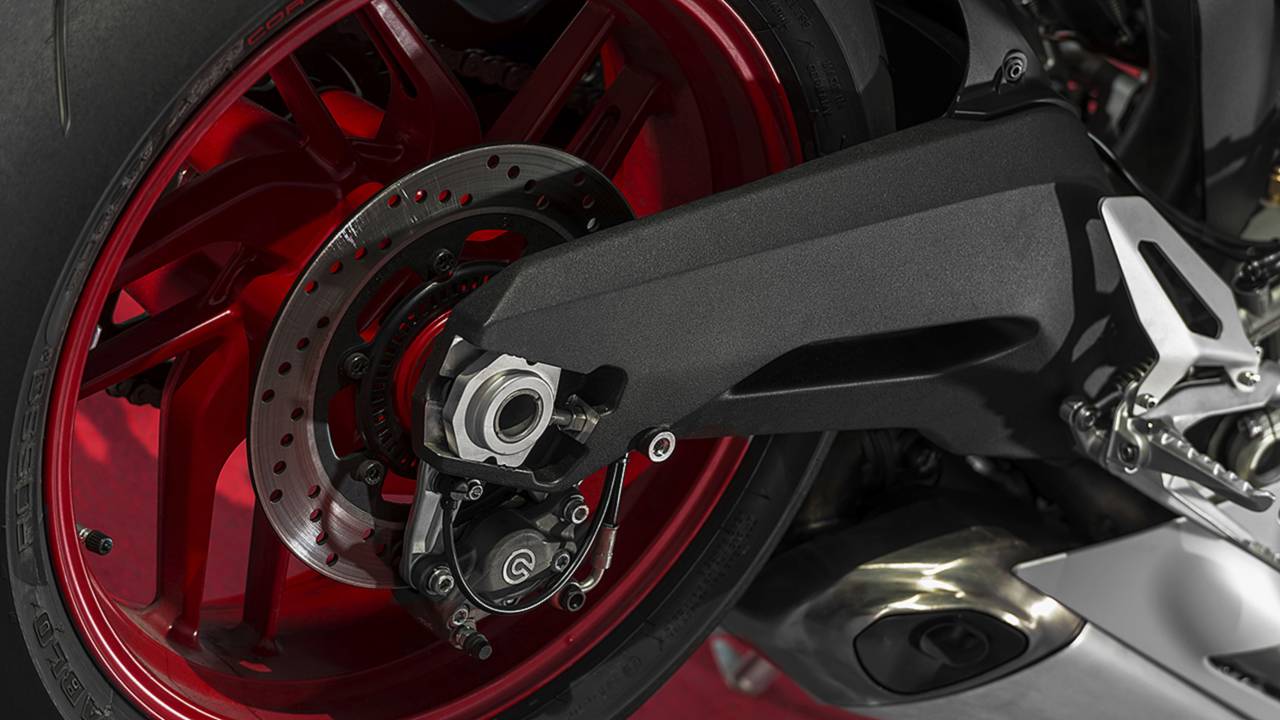 The $14,995 (red) and $15,295 (white) 899 is additionally distinguished from the larger Panigale by its double-sided swingarm, 43mm Showa forks, Sachs shock and the less-fancy Brembo M4-32 brake calipers. Steering should be slightly quicker than that of the 1199 thanks to a 180-section rather than 200 rear. 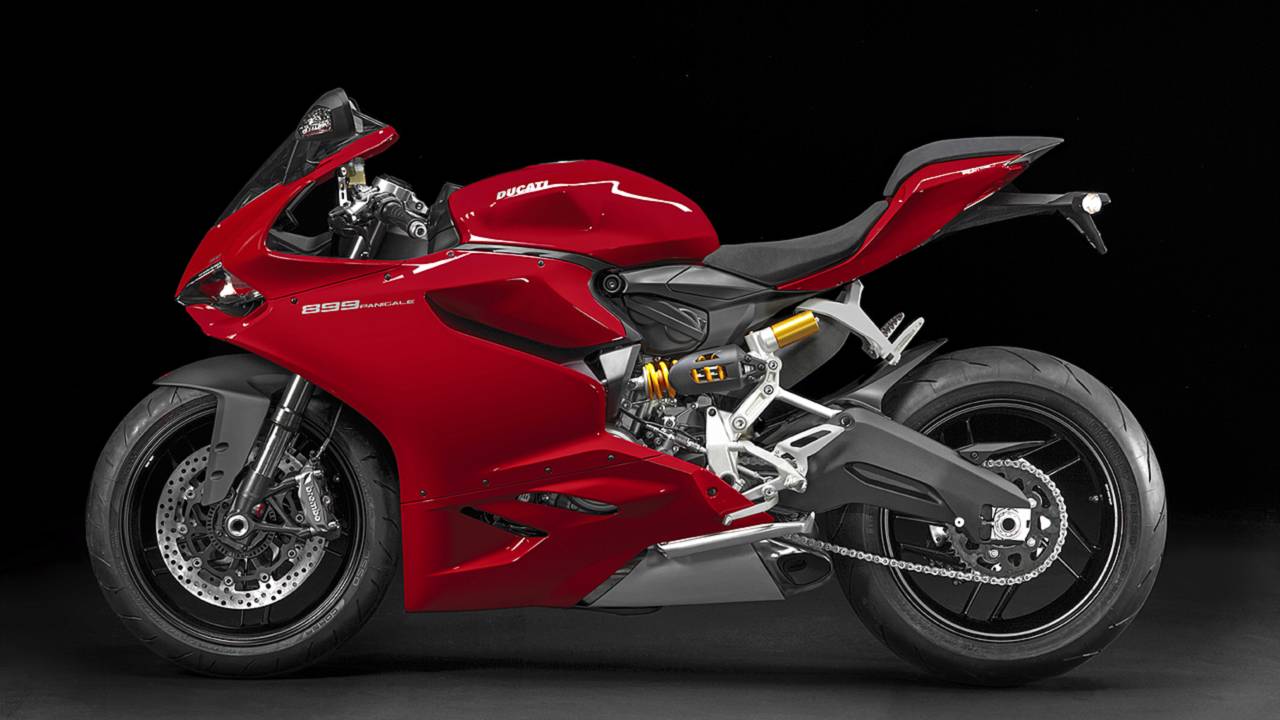 Ducati uses words like "smooth," "agile," and "refined," to describe the 899. We're riding it early next month, stay tuned for more.