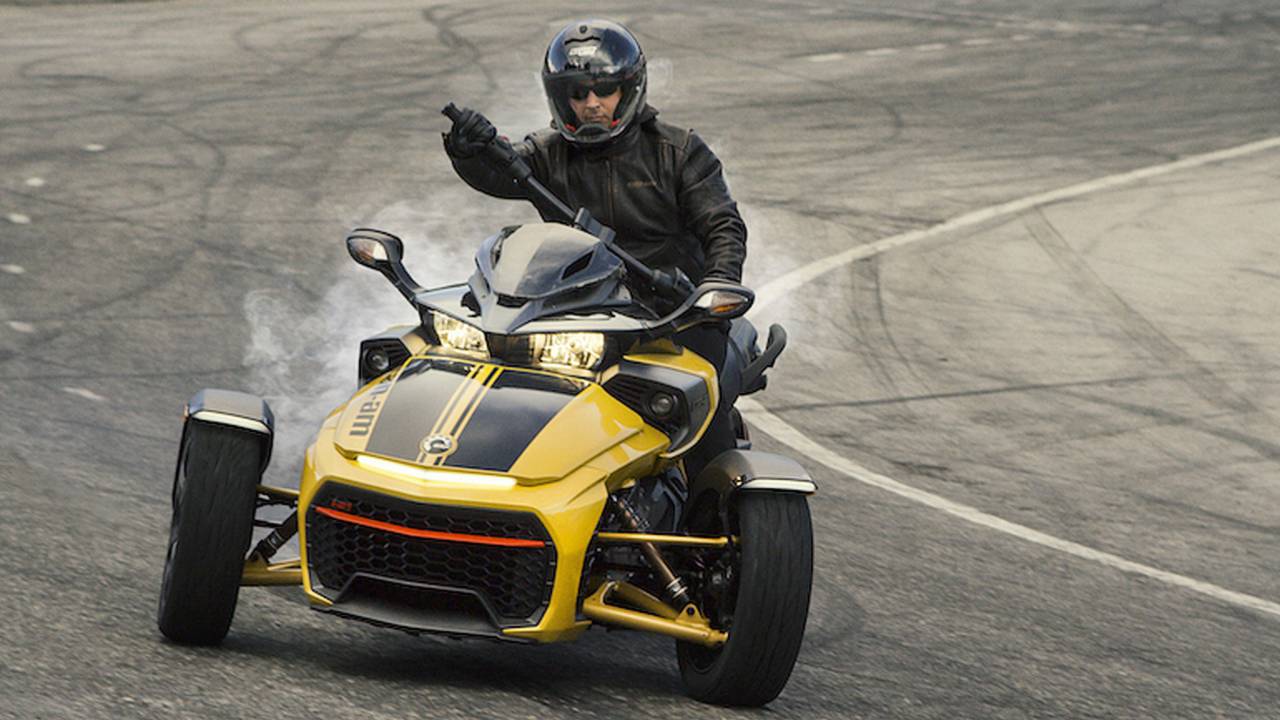 One of the coolest and most successful of the three-wheeler genre is about to mark a major milestone.

Hard to believe, but the Can-Am Spyder will be turning 10 years old this summer.

Can-Am parent company BRP will be throwing a 10th anniversary party for the Spyder June 2-4 at company headquarters in Valcourt, Quebec, Canada. The celebration is expected to draw more than 3,000 Spyder owners from across the continent and worldwide.

The first trike off the line in 2007 went to talk show host Jay Leno. The three-wheeled vehicle got a somewhat confused reception from moto-journalists at the time, but the buying public has responded positively. In 2015, the factory produced unit number 100,000, and Can-Am now has 1,264 dealers around the world, with Spyder owners to be found in 112 countries.

Can-Am says it's been planning its 10th Anniversary for more than a year and expects visitors from as far afield as Europe, Japan, and Australia. (We kind of like the idea of riding around the world on a Spyder. –Ed) The plant will be open for tours, with visitor access to the Design Center, Research and Development Center and the Can-Am museum. Group rides, contests, food trucks and parties are also on the agenda.

As a pioneer in the modern three-wheeler era, Can-Am has seemingly encouraged a growing field of trike builders around the world. Most have been small start-ups, like Tilting Motor Works, but Honda recently filed patent drawings for a hybrid gas/electric three-wheeler that follows the Spyder styling of two wheels up front. The Spyder line-up now includes three categories of three-wheeler: Sport Cruising (which includes the F3-S Daytona, most recently featured at the London Motor Show), Cruiser Touring, and Luxury Touring. The latter two categories, we are told, have been the most popular for Can-Am. Though, it's worth noting that three-wheelers are also managing to draw a higher percentage of female riders than traditional motorcycles.