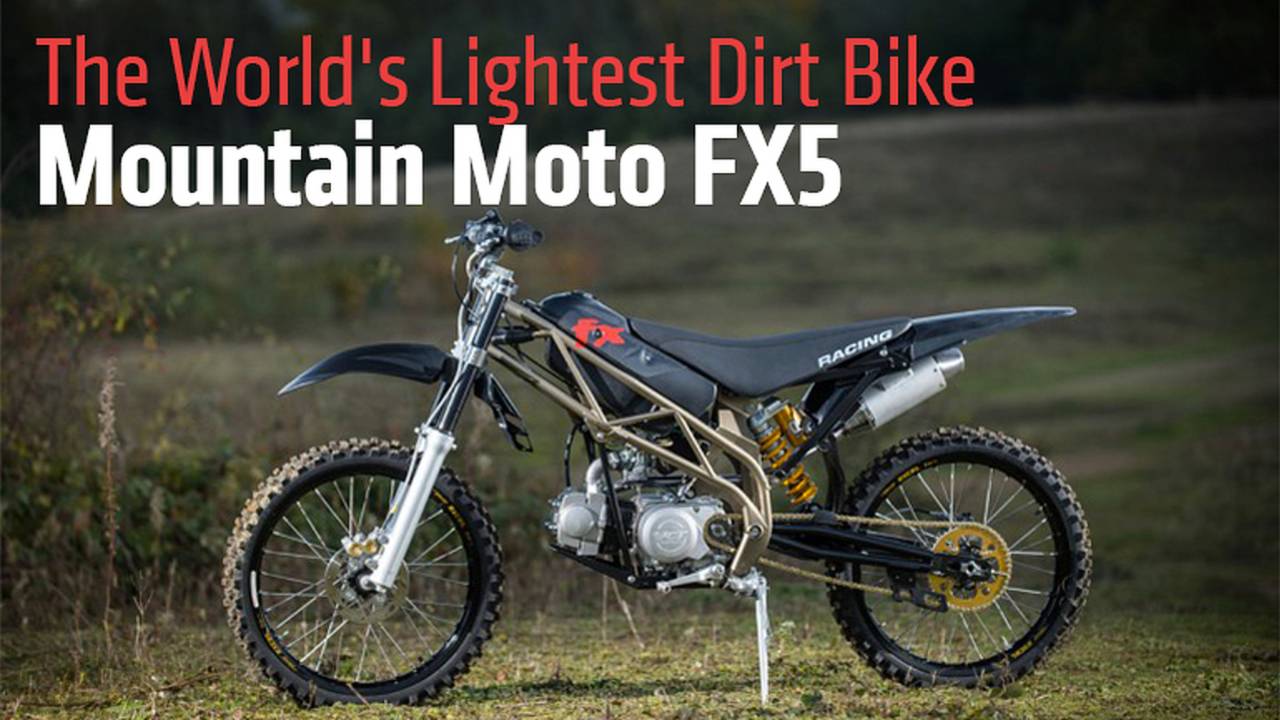 A New Zealand company is about to launch the world’s lightest dirt bike – the Mountain Moto FX5, which will go on sale this summer.

A New Zealand company is about to launch the world’s lightest dirt bike – the Mountain Moto FX5, which will go on sale around the world this summer.

Built by FX Bikes the original idea was to combine a mountain bike and motorcycle parts to create a super lightweight motorcycle. The initial concept – the FX Mountain Moto – weighed in at 125lbs when it was first shown a few years back.

However, the final production-ready version – the FX5 – is slightly heavier than the initial concept at a mere 130lbs and in order to improve durability and performance the only mountain bike components that have been retained on the FX5 are the handlebars.

The FX5 shares the same frame as a KTM 350, although FX Moto has lowered the ground clearance for its version. There is a choice of engines, either a four-stroke 125cc YX or Daytona-Japan engine. Customers will also be able to upgrade either engines to 190cc and FX says that it plans to also offer both manual and automatic gearboxes.

At such a low weight, the point of the FX is that owners will be able to easily carry the bike around in the back of vehicles or lift it over obstacles when off-road. They will also be able to take the bike into places where other, heavier motorcycles would not be able to go. There are plans later in the year to offer a road legal version too.

The Mountain Moto FX5 is light

There will be three specifications (Steel, Gold, Titanium) for the FX5 when it goes on sale with prices starting at $3,995 and rising to $11,995, depending on which package is selected. Final specification and technical information is not available yet, as the bike is still in testing, but production is expected to start in Italy this summer.

For further information about availability and more details about the company go to: http://www.fxbikes.com/