Seems like new electric bicycle/motorcycle hybrids are popping up regularly these days as more designers and engineers undertake the challenges. Among them is Düsenspeed of Switzerland, which has begun limited production of three eBike models, each with a specific target market in mind.

The Model 1, the Boardtracker, pays homage to the racers of the early 20th century. A time when men were men and racing motorcycles had skinny tires and no brakes. The Model 1’s carbon fiber frame weighs just under nine pounds, with total weight between 48 and 68 pounds depending on the battery pack and accessories. The company offers a selection of battery packs, with a range of output from 500 to 1800 Wh, and output from 250 to 2000 W. 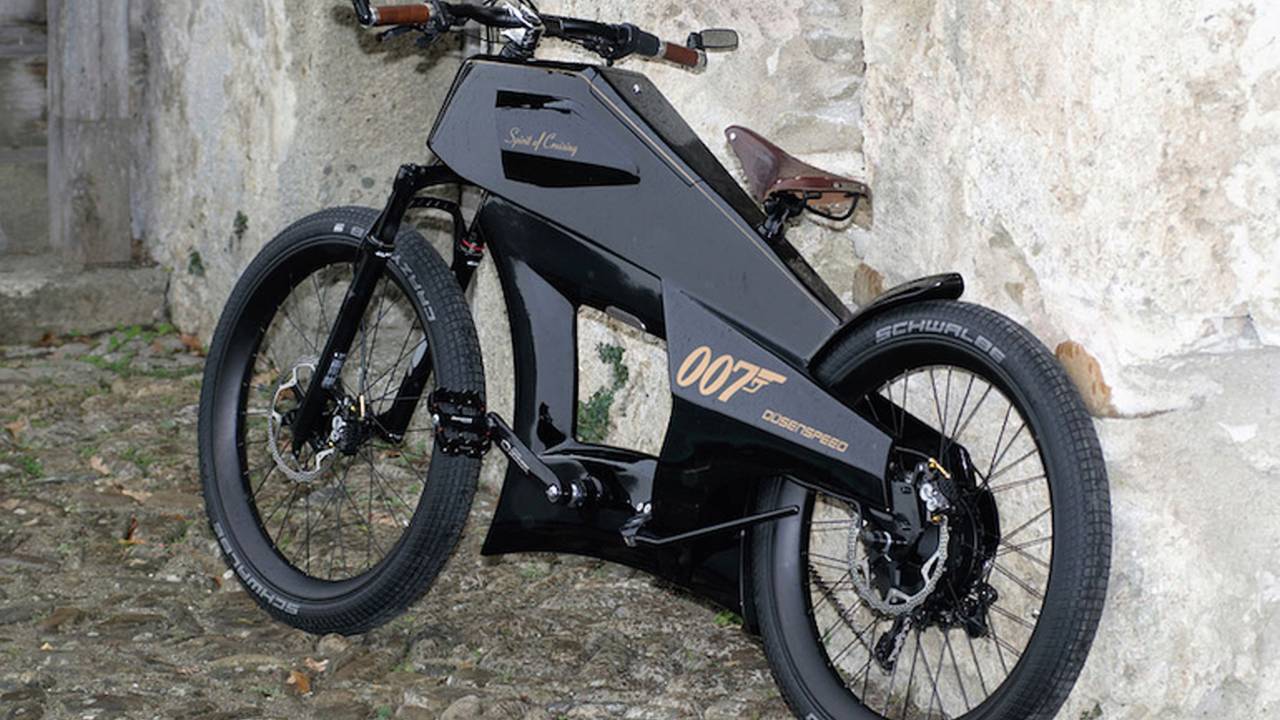 The listed torque peak is 59 lb-ft, with range, contingent on the amount of wrist applied, of 25 to 124 miles. The figures are based on the use of electric power only, without pedaling.

The Düsenspeed Model 2, the Cafe Racer, combines the styling cues of the Sixties roadsters with the bobber motif of the Forties. The monocoque frame weighs in at 12 pounds, and features the same battery pack selection as the Model 1, but overall weight with the high-output pack goes up to 106 pounds. We figure the Model 2 is built to more stout specs given its reported top speed of 100 mph. On a bicycle! 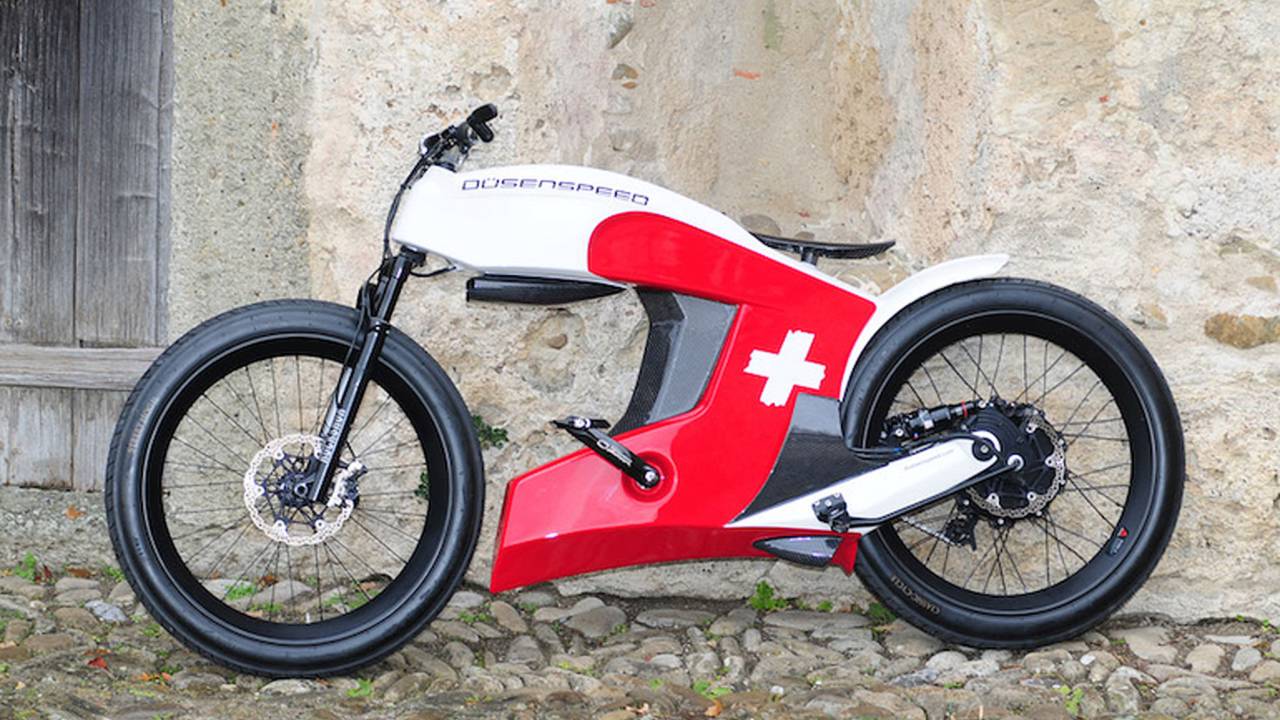 The Model 3, the Freeride/Downhill, carries the more conventional profile of a standard mountain bike. With a listed weight of 55 pounds, a 1200-Wh battery, the bike has a peak power output of 500 W and a torque peak of 37 lb-ft. Maximum range is listed at between 31 and 93 miles, depending on the rider’s level of enthusiasm.

Each bike is hand made and carries a serial number. The Model 1 production run is limited to 222 bikes; Model 2 is limited to 164 units. The company, located near Bern, Switzerland, is also at work on an electric-powered watercraft.