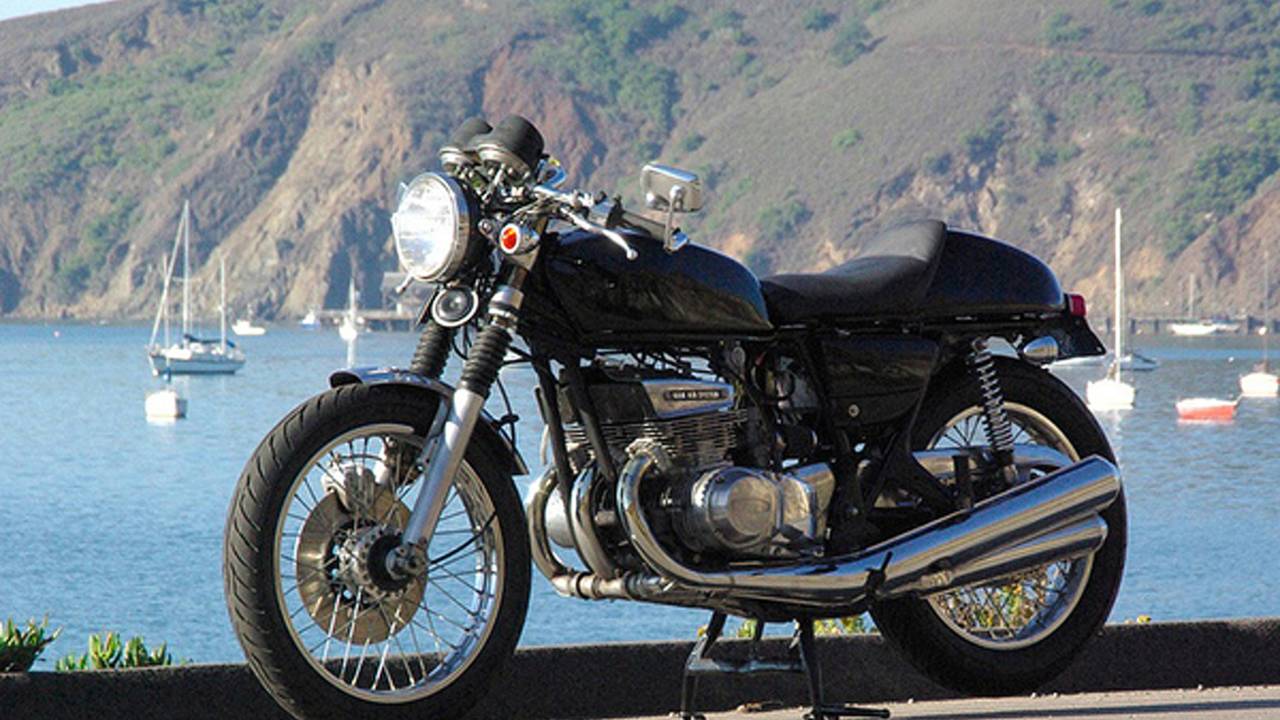 Real Rides: Karl’s GT550The first such story in a new regular series, let’s take an in-depth look at a honest-to-god, real motorcycle ridden by a...

The first such story in a new regular series, let’s take an in-depth look at a honest-to-god, real motorcycle ridden by a real reader. Karl is a 43-year old software engineer, avid car collector and longtime rider based in San Diego. This is the air-cooled, two-stroke, three-cylinder 1973 Suzuki GT550K he restored himself.

Karl returned to riding after an 8 year break through the purchase of a brand new Triumph Daytona 675 jn 2008. After 18 months of riding, he wanted another bike, a "counterpoint to the 675," as he said, and something that would slow him down a little, yet something that would still have a lot of soul. After a couple days of searching eBay and Craigslist for older Bonnevilles, Nortons, BSAs, Karl discovered that older Japanese bikes like Honda CBs and Suzuki GTs were much cheaper to buy and easier to come up with parts for. Eventually, Karl settled on this 1973 Suzuki GT550K he purchased for $700.

The Suzuki GT550 series was introduced in the year of 1972 as a "grand touring" motorcycle. It's an air-cooled, two-stroke, three-cylinder, 543cc machine that produces 48.5 horsepower and had some interesting technical specs at the time. The GT550 has an ram air system, an automatic mixing system for oil and gas and a unique exhaust system. The ram air system kept the engine from overheating by keeping the cylinder head cooler since two-strokes begin to lose power quickly if they overheat. The automatic mixing system removed the need of having to pre-mix oil and gas in order to prevent people from mixing too much oil in the gasoline. The exhaust system on the GT550 was unique for the time because the exhaust header was divided into two and exited into two separate mufflers. The GT550 was known as a good handling bike with smooth acceleration but was lacking in speed and style.

The condition of the bike was appalling when Karl bought it. No working brakes, the crank seals were finished, the chain rusted to bits with rotting tires. After going over the bike and seeing what needed to be done to get her just up and running again, Karl slowly to begin the enormous task ahead of him, the process rebuilding took over a year. According to Karl, most of that year was tearing the bike down to its nuts and bolts and replacing the old parts with new ones if there were available and old ones if they weren't. He purchased a soda blaster, that made cleaning up the bike much easier. Karl opted to replace some of the parts with parts from another year to make the bike more pleasing to the eye.

He replaced the side covers with the '75 GT550 version, which required him to weld in new tabs to hold them, a '75 ram air cover and a chrome chain cover. He used eBay to purchase most of the parts. There was a sizable dent in the tank, which he repaired by sanding down the tank and filling up the dent with some Gold Standard Tank Sealer. He had to send the motor off to be complete rebuilt, with a new 120 crank, seals and ball bearings, doing the resealing and cleaning of the engine himself. He muddled his way through wielding crack in the aluminum case top and succeeded. He rebuilt the wheels with nickel plated spokes and had to rebuild them again two years later after they rusted apart, replacing those wheels with a pair of gold Sun rims. He ended removing the old ignition and replacing it with electronic ignition to keep the timing in check so the two-stroke could function properly.

Karl left the seat for last, having never built a seat himself, it took some research. He ended up carving a seat out of wood and making a mold out of fiberglass, putty and steel. After building the seat, he added a checkered racing stripe down the center of the tank and the seat. Not bad for his first time!

Several hundred miles after completing the build, he blew a hole in his center cylinder due to missing a partially blocked pilot jet. He bought a used cylinder from eBay, tore down the engine, cleaned out all the slag and got her up and running once again.

“Power band is less pronounced on this 2 stroke than the H2s or RDs, but it definitely still comes on song at high revs,” describes Karl. “But what's best about the ride is you can't mistake it for a modern standard either as a rider, nor as an observer.”

Want to see your bike on HFL? Email info@RideApart.com with a few pics and words and, if we like it, we’ll contact you about creating a story.