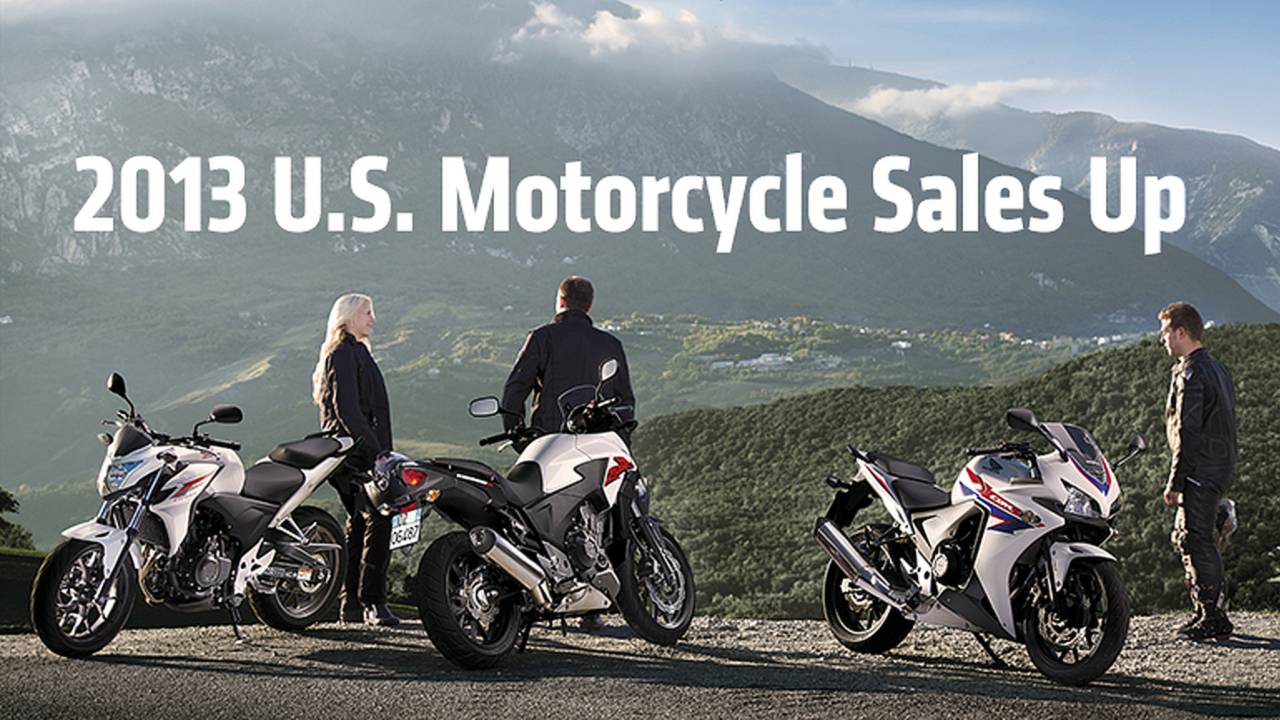 There has been a small increase in U.S. motorcycle sales in 2013 with street motorcycles and adventure motorcycles showing the biggest growth over 2012.

The Motorcycle Industry Council has this week reported a small increase in U.S. motorcycle sales in 2013 with street motorcycles and adventure motorcycles showing the biggest growth over 2012.

The MIC is a non-profit national industry association, which has 75% of motorcycle manufacturers in the U.S. as part of its 300-strong membership, which also includes motorcycle dealers and parts manufacturers.

The MIC’s 2013 sales figures are broken down as follows:

The worst performer last year in the MIC sales report was the scooter sector. Scooter sales, for those brands monitored by MIC, dropped 15.5% in 2013 with a total of 34,742 sold. This was 6,363 less than were delivered to customers in 2012. Even though the scooter segment accounts for just 7.4% of the overall market, its decline was sufficient to keep the combined two-wheel market growth at just 1.4 percent.

On the upside, ATV figures saw a 7.3 percent increase in the month of December alone last year, but only a small 0.5 percent increase year on year. Effectively an additional 1,049 more ATVs were sold in 2013 than in 2012. However, the MIC does not include UTV and SxS sales in its reporting.

The overall MIC 2013 sales figures for motorcycles (including scooters) saw an overall slender increase of 1.4 percent year-on-year hampered by the downturn in the scooter market.