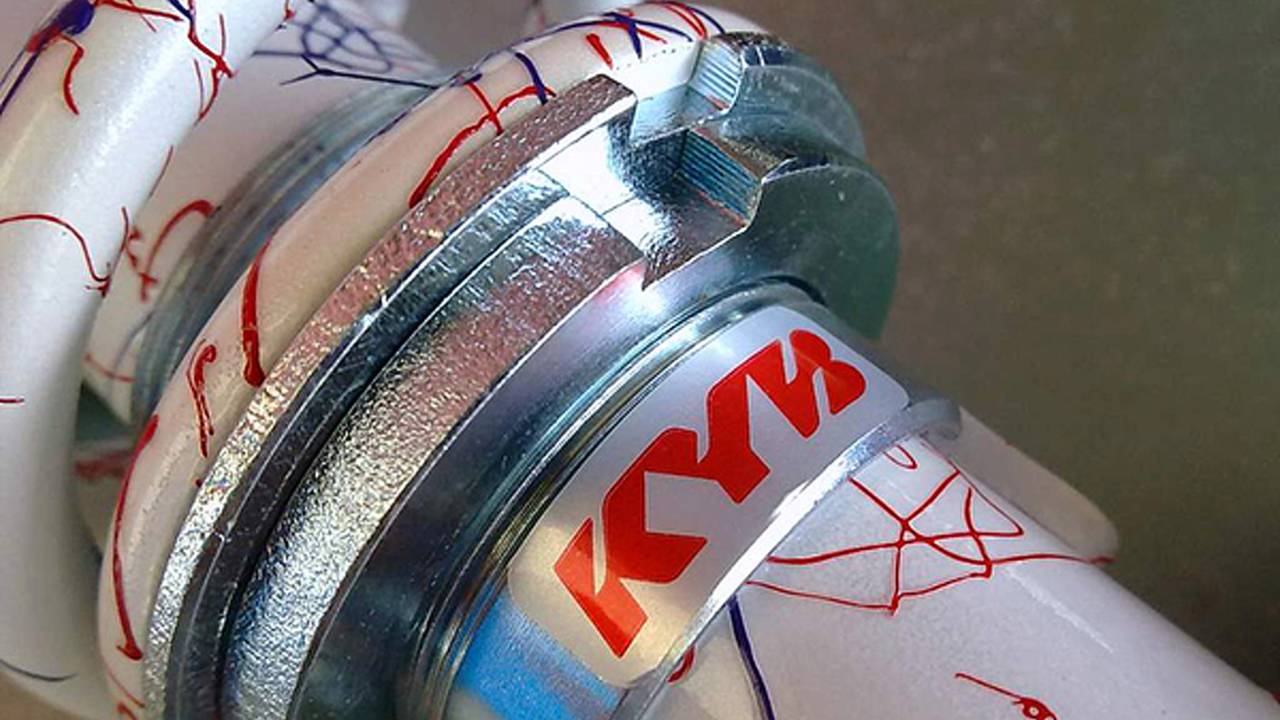 KYB joins forces with Yamaha, moves production to IndiaSuspension maker KYB and Yamaha Motor Co have signed a deal that sees the motorcycle...

Suspension maker KYB and Yamaha Motor Co have signed a deal that sees the motorcycle manufacturer take a 33.4% stake in the company while moving much of its production to India. The move will obviously lower production costs for Yamaha's motorcycle suspension, but also improve both the speed and cost efficiency of R&D. This is one of Yamaha's key moves in returning to profitability.

"This initiative aims to further strengthen product competitiveness as well as improve profitability by combining the strengths of each company," states Yamaha. "The plan targets 90 billion yen of cost reductions in 2015 and concentrates 65% of total procurement by value on platform (PF) components in an effort to increase the benefits of larger-scale production."

"Suspension components produced through this joint venture will be the Company’s largest platform components in terms of procurement value, and among the most important components that contribute to the nature of the products. This initiative which allows for the development and production of main components at the joint venture company will not only increase product competitiveness and reduce costs, but will also contribute to improvement in innovation, technology, and brand image."

"Concurrently, the Company will participate by means of a strategic investment in KYB’s new suspension manufacturing plant to be located in the Vendor Park adjacent to the new motorcycle assembly plant scheduled for construction in Chennai, India, in order to further improve product competitiveness in the Indian market while taking up the challenge of achieving the most cost-competitive manufacturing in the world."

Yamaha became the majority owner of high-end suspension maker Ohlins in 1987, but sold 95 percent back to Ohlins in 2007. Where that deal appeared to largely center on R&D, the KYB partnership targets production costs and co-development too.