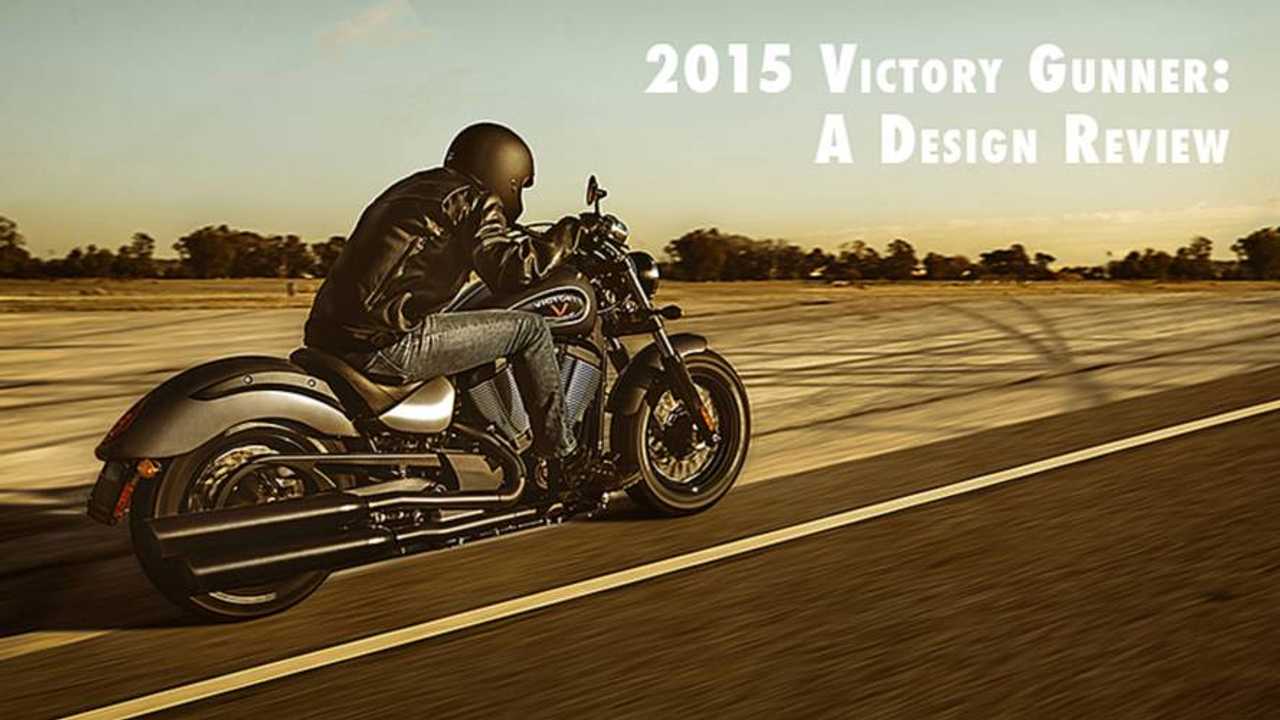 Is the 2015 Victory Gunner a solid exercise in motorcycle design or a bland machine that could be confused with a Harley-Davidson? Find out what we think.

I have always wanted to root for Victory Motorcycles, but I have been waiting for them to show me the bike that would let me do that.  Having seen the new Gunner, I am still waiting.

The Gunner is positioned as a “bobber,” which raises the question of whether that term still has any meaning.  Apparently, it is any cruiser without bags or a windshield.  It’s certainly getting thrown around pretty loosely these days – the bike equivalent of “dude.”

Marketing jargon aside, this is a very neatly composed bike.  The three curved forms of the gas tank, side panel, and rear fender flow well into one another.  Details such as the taillight, which is well integrated with the crease in the fender, and the small, after-market-looking turn signals work very well visually.  There is not a lot of junk or visual clutter on this bike, and that is a worthy achievement – perhaps that’s part of what makes it a “bobber.”

Still, the bike just doesn’t inspire.  The problem is its overall anonymity: it just looks like a thousand other cruisers.  The Gunner is the average of the average of all cruisers.  It’s like the police sketch of the guy whom the witness described as, “I don’t know, he just looked like a guy, you know?”  It has a tidy, well-composed blandness.  Not every bike needs to be a monument to the designer’s art, but this seems specifically crafted simply not to offend.  It’s like a primetime family drama, which frankly undermines the whole outsider, gritty, antisocial attitude that we (used to) associate with bobbers.  To top it off, the denim-finish paint feels about four years out of date.  It was a fad that was a little too faddish to not fade fast, and it seems they missed the crest of the wave.

In many ways, this is a fine bike with some great numbers and a reasonable price.  The question is, apart from hitting the dead middle of everything, what will make us say, “Yes” to the Gunner over all the other cruiser options out there?

We cannot help contrast this with Polaris’ other, shinier new offering: the new Indians.  Whatever your tastes and your opinions about a bike with the size and weight of an Edsel, the new Indians are highly distinctive, bold machines that have a real identity.  They are designed with a soul, a purpose, and a “big idea.”  Less than a year out of the gate, these are the belle of the cruiser ball, and it’s not (just) because of the old brand legacy.

Suddenly, Victory looks like the homely sister, and Indian has married the Earl and inherited the estate.  We still have a real affection for Victory, who has been so game on for so long, and want her to make it, but she won’t do it sitting around knitting.

Please, show us something exciting.  Sweep us off our feet.