Why Your Next Car Will Be an Electric Motorcycle 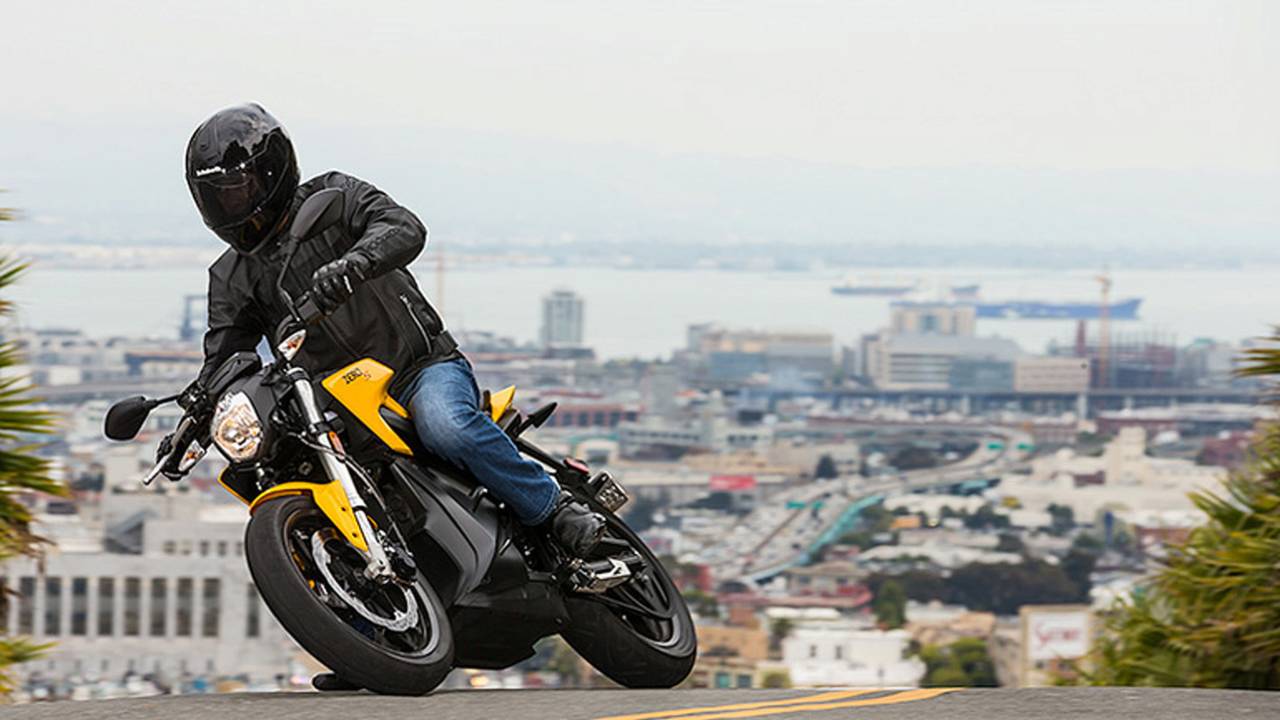 A die hard rider friend of mine has gone through three motorcycles, at least from what I can remember: Harley-Davidson Sportster, Ducati 916 and his most recent ride was a beautiful BMW R1200 GS Adventure covered in dirt. But he also happens to be a big car guy, as well: First generation Ford Taurus SHO, E36 BMW M3, BMW 540i, BMW 335i, Audi allroad Quattro and now a Dodge Durango R/T for his big family. He just started working in busy San Francisco and wanted a new car for his painful stop-and-go commute. His choice? A Zero SR electric motorcycle. I asked him why? And he said it was the most economical, most environmental and most entertaining choice he could possibly make. And he doesn’t even compost.

Perhaps you find yourself in the same boat as my friend. You need another car, but you don’t want to pony up the funds, even a $20K hatchback seems like an expensive vehicular venture. But you need more than just a bicycle to get to work, and you want to have a little bit of fun while you’re at it. This is exactly why the electric motorcycle should be your next car.

A motorcycle is pretty damn easy to park. Adding another car to your fleet can be cumbersome, especially if parking and/or garage space is at a premium. The fact that it only has two wheels means you’ll be able to take it just about anywhere and dock it safely. You can’t exactly say that about even the most compact car. It meets your size requirements conveniently, and you’ll no longer decide if you should go out or not based on the availability of parking.

It won’t annoy the neighbors

As much as we love the sound of a great set of pipes, we’ll admit it’s not exactly welcomed where kids and families reside. Your new electric motorcycle will have them wondering if it’s even working as you coast by like a moto-ninja, with only the electric whirr of your motor cascading through the trees. Sure, you’ll have to make your presence known in other ways, but at least you won’t get a noise violation from the fuzz.

On a single charge, an electric motorcycle can get anywhere from 140-250 miles of range, which is easily more than most of your standard motorcycling rides, anyway. In the process, your emissions are zilch and the noise is practically non-existent, shy of your peals of laughter as you pass every gas station to and from your destination.

Even your most basic electric bike is going to be faster than a car. The Zero S will hit 60 in 4.8 seconds, while the absolutely bonkers Mission R will do it in three seconds flat. Just when you thought electric vehicles were for slow hippies with flowers in their teeth, think again. Wear a helmet and hold on to your dental work. The on-demand torque from an electric bike is for those who love fun and can’t stand the slow lane.

Everyone’s getting on the electric bike bandwagon, or at least they should. Not only niche manufacturers like Mission, Zero, Brutus, Energica and Lito, but also Harley-Davidson is getting in the game with their Livewire. And if you think the other mainstreamers will just sit by the wayside and watch, you’re gravely mistaken. In a few years, everyone’s going to have an electric model—just wait and see. You can not only be the first on your block with cutting edge two-wheeled tech, but you’ll also be the coolest guy.