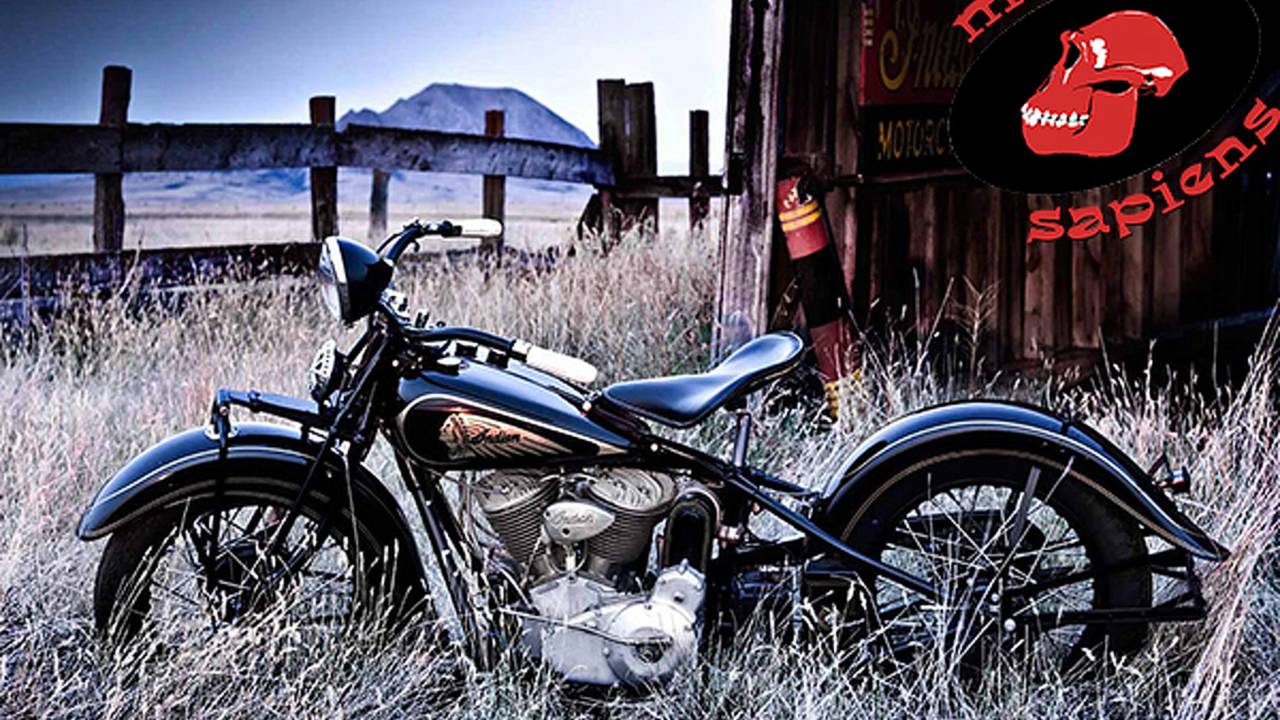 Indian, Beethoven and SeinfeldI’m not a cruiser-hater. I had a Springer Softail, and it was magnificent. I felt like a bastard son of Zeus on that...

I’m not a cruiser-hater. I had a Springer Softail, and it was magnificent. I felt like a bastard son of Zeus on that bike, like Henry V on Crispin’s Day. It was truly a gorgeous machine – it looked like it single-handedly won the Cold War. It was quintessential. At idle, it sounded like it was laughing darkly under its breath; at WOT, it sounded like a Spitfire on a strafing run. I still believe that the plain-ol’ Sportster, FXR, and Softail are among the most beautiful designs on wheels. A well-made cruiser can be a great thing. But will the new Indian?

Now, Indian has been fluffing their new cruiser for a while, giving little hints and peeks in time-honored tradition, kind of like Triumph did for the Tiger 800. In January, they unveiled the crankshaft, so we already know it’s a V-twin. They got Mike Wolfe for their celebrity guest fluffer. (In case you don’t know, he’s the guy on TV who helps oversize brides select wedding dresses. I think that’s right.) They have an app for your phone that goes, “vroom.” Really, they do. Now they are going to unveil and run the engine on March 9 at Daytona Bike Week. I don’t know if there will be a special unveiling for the transmission, forks, fenders, etc.

I am genuinely curious and a little tingly about this bike. Indian is the greatest if-only brand out there, and Polaris has major engineering and production chops, so something amazing could happen. I am curious, but I am not especially optimistic. The reason I am not optimistic has nothing to do with Indian or Polaris.

OK, stay with me here:

The reason is not because those architects/composers/painters/writers weren’t creative or talented. Nobody doubts Mozart’s talent for symphonies and fart jokes. It’s because in each of those cases the particular art had reached the fulfillment of its Classical period. A style has to go through a phase when the Rules are being figured out (the Archaic), a phase when the Rules rule (the Classical), a phase then the Rules are broken (the Mannerist), and a phase that ties it all together (the Baroque). Now this is just one very simplistic way of looking at things, and it doesn’t really always apply, but it can be a useful exercise, so stay staying with me.

Take sitcoms as an example. I Love Lucy is Archaic. They were figuring out the rules. “What if we had a zany mix-up? How about a cameo by Harpo Marx? Let’s use three cameras! Put the couch in the middle. The wife has to be hot!” You can see it evolve over the next couple decades until the formula is fixed. Family Ties, The Cosby Show, 20/20 with Hugh Downs and Barbara Walters, Mr. Belvedere: when you tuned in to a sitcom, you knew exactly what you were getting. Bill Cosby is Mozart – a genius in a rigidly defined medium. Then came Seinfeld, which, like Beethoven, changed everything. They made breaking the rules into an art form. They blew everybody’s mind. (Same thing happened when Philip Johnson built the AT&T skyscraper that – gasp! – wasn’t a perfect rectangle.) Finally came 30 Rock, which brings everything together in a hypercomplex but totally unified paean to all of television. Now, mercifully, the sitcom can die.

We could play the same game with music, architecture, tattoos (which I would argue are currently in a Baroque phase. Frat boys getting Baby Looney Tunes tats on their ankles in the 90s was Mannerist), etc. Don’t ask me why Baroque music comes before Classical. I have an answer, but it’s too much for here. I realize I’m slicing prosciutto with a chainsaw at this point.

You see where I’m going. We are in the Classical Period of the cruiser. The rules are firm and fixed. A cruiser shall be an air-cooled V-twin (or appear air-cooled). It shall have a teardrop tank, low in the back end, hands here, feet there, butt here, 30 degree rake, 65” wheelbase, weight 650lbs. The only deviations shall be periodic special anniversary editions. Even simple deviations like a parallel twin (Triumph Thunderbird) are enough to give one the vapors.

This is not a complaint. Classical rules are valuable; they persist because they work. Greek temples are sublimely beautiful. Mozart really is transcendently amazing. But we can’t keep writing The Magic Flute over and over again. (In case you don’t know, it’s an opera about a singing penis. I think that’s right.) How long will the Classical Period last before we get our Beethoven, our Seinfeld, our Jackson Pollock, our Louis Armstrong?

There may be some hints out there that a change is coming. The V-Rod, Harley’s objectively most sophisticated and most phallicly-named bike, has been out for 12 years, but it’s not a winner for them. And there are the occasional strange departures like the Honda Valkyrie Rune, but that didn’t last. The Rocket III hangs on, but doesn’t seem to have changed the game (for better or worse). Honda’s Fury (a putative chopper, not technically a cruiser) adopts the strange shapes of a Pink Floyd cartoon. None of these is Satchmo singing West End Blues, but maybe they are the first synchopated rhythms. Ugly? Maybe. Different? Yes.

Mad-genius-slash-werewolf J.T. Nesbitt is correct when he says there are no cruisers, just Harleys and Harley imitators. Because those are the Rules... until the Rules change.

We can reasonably expect that Indian’s new bike will be a fully Classical Cruiser. Many of us would love to see a revolution, a Beethoven’s Fifth, but I think this will not be the time. A Classical Cruiser can be beautiful. If we are disappointed by a lack of vision in new cruisers, the fault is ours. It is we, the riders and the buyers, who determine success and sanction design vision. We need to embrace the strange, and the industry will listen. A global corporation can’t take the same risks a poor young genius trumpet player can.

I hear the fat lady warming up. Will she sing another old aria, or belt out the blues?