Riding a Royal Enfield in the Philippines

I was invited to ride a Royal Enfield Bullet Classic 500 two hours south of Manila to spread the gospel of motorcycle safety to Filipinos who learned to ride 3 and 4 up in flip-flops on small-bore motorcycles and gas-powered tricycles. It was my first experience riding a motorcycle in South East Asia, and my first time on an Enfield.

The day began at 630a.m. when my friend Mark picked me up on the Enfield. The plan was to swing by his place where he and his wife Mickie would ride two-up on his modified 250 motard and I would follow on the Enfield. The two golden nuggets of life-saving advice Mark gave me were to always use the horn when overtaking and always overtake on the left.

Filipinos are accustomed to being overtaken through years of colonization and this is no less evident in traffic. A gentle “beep - beep” of the horn while following the vehicle in front of you does the trick. Nine times out of ten the driver will move slightly to the right, giving you enough time to say a prayer, roll on the throttle, and squeeze through a tiny tunnel of space. It’s perfectly normal in the Philippines to cross the double yellow, overtake as many vehicles as possible while playing chicken with on-coming traffic, then “beep-beep” and squeeze back in front of whichever vehicle gives you enough space to do so. It’s like lane splitting on crack. 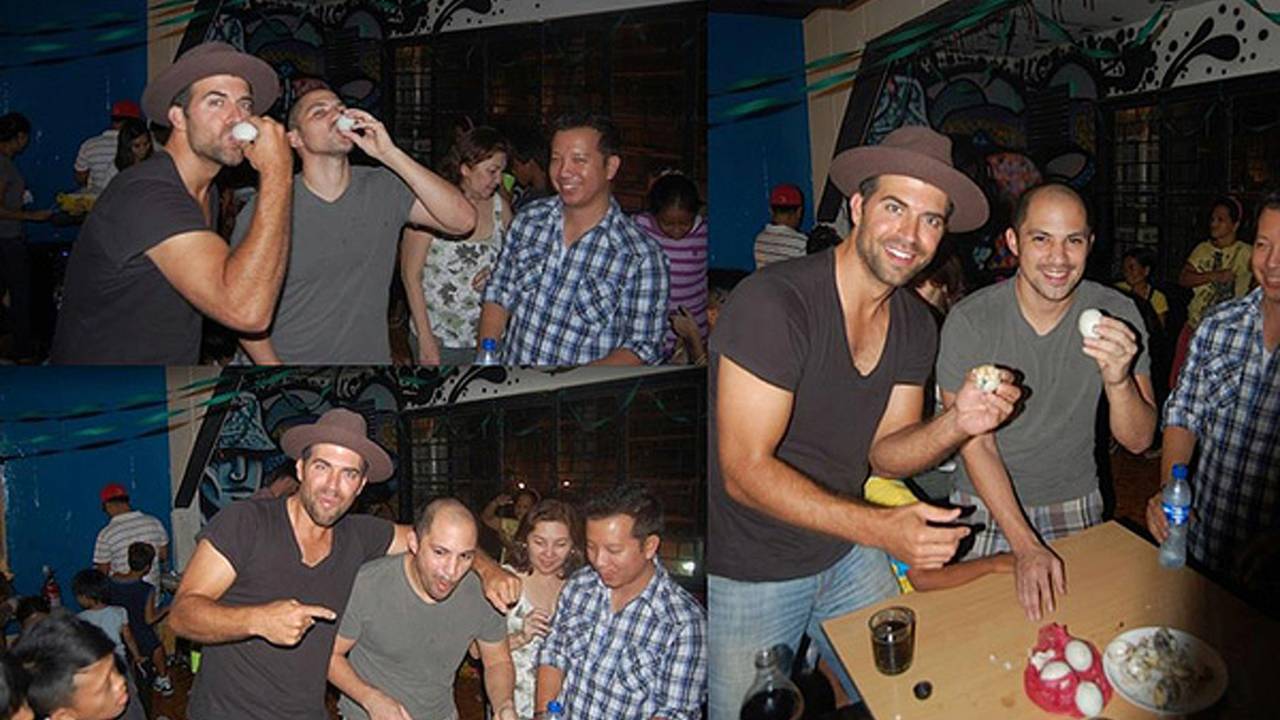 Overtaking on the right increases the risk of being plowed into by a Jeepney (a long customized “Jeep” used to transport Filipinos) or a tricycle (a gas powered 150cc Motorcycle with a side car welded to it’s chassis for hauling Filipinos). Jeepneys’ frequent, unexpected stops include sudden turns to the right to load or unload passengers while tricycles are notorious for both sudden stops to the right and u- turns to the left without a head check. Did I mention the heavy clouds of black smoke that poor out from Jeepneys’ throaty diesel engines? Any sensible person riding in busy areas here wears a mask, or in my case a blue bandana. 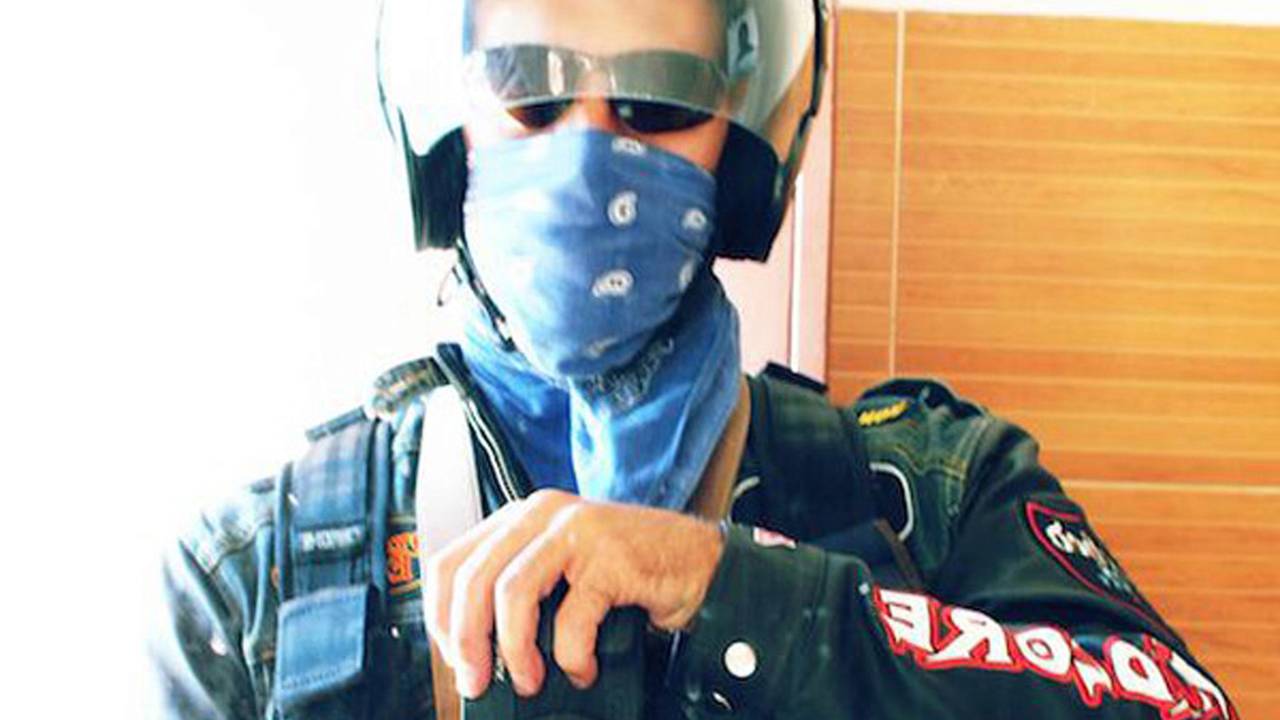 Riding the Enfield was an enchanting experience. I’ve always felt a deep connection with motorcycles that exude classic essence, and this bike has it in spades. I love a torque-rich engine and the feeling that I’m cruising through the past. I had no problem keeping up with my riding companions on their 250 motard and Honda CBR 150. As a matter of fact, I could have out run both of them on the Enfield if I’d wanted to. The riding position and ability to leave the Enfield in fourth or fifth gear made for confident overtaking and the placement of the horn below the turn signal switch was ideal for heavy horn usage. The Enfield’s horn sounds like Buick, which made me feel like a king on the road. Heavy horn usage must also be a top priority in India, the birthplace of Royal Enfield.

The safety seminar was a success and it was time to return to Manila at night. The Enfield’s headlight was brighter than the headlights of my riding companions bikes and there’s a fun little thingamajig for the left hand trigger finger to flash the bright light when playing chicken with head on-coming traffic.

I followed the line of Mark and Mickie on the motard. Mickie was riding pillion but here they call it “back riding”. Back riding was the most popular topic for the Filipinos at the safety seminar because riding here is a means to an end and it’s not illegal to stack as many bodies as humanly possible on a two-wheeled machine. I’ve seen three full-grown men share a scooter, and a family of four, including a baby, riding one motorcycle. 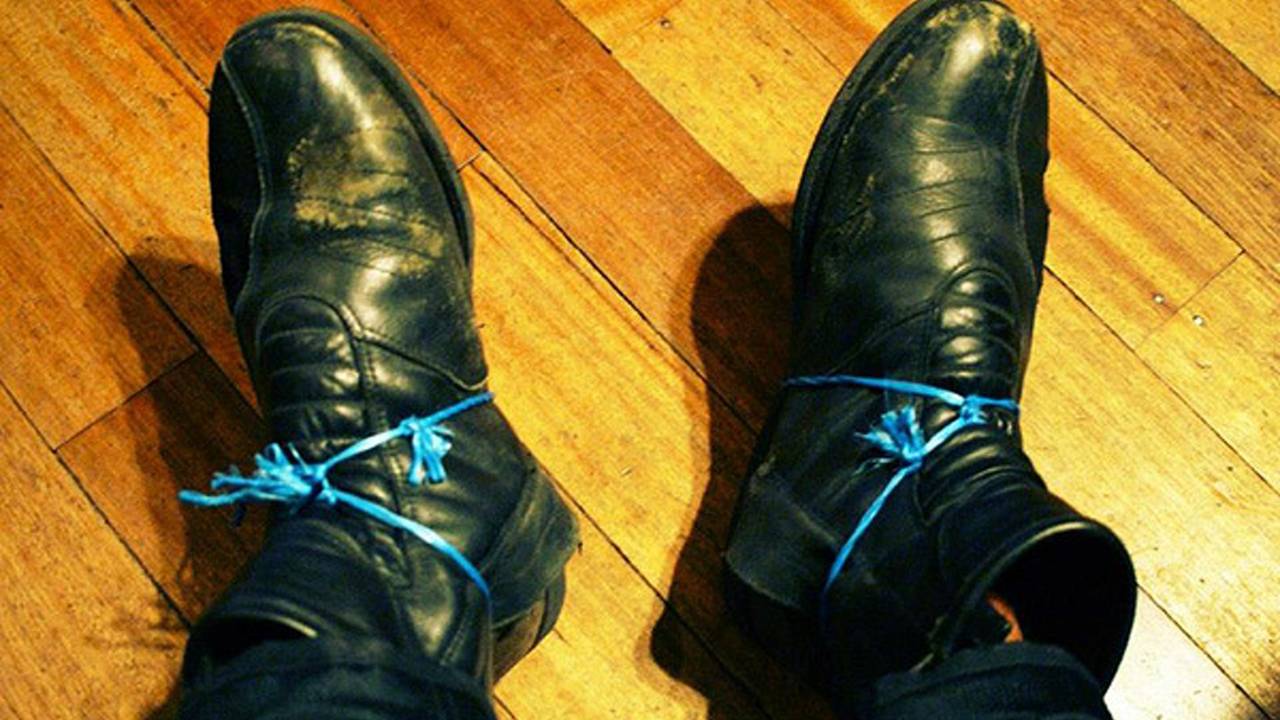 Homemade boot straps for boots that were 2 sizes too big for me.

Usually the man operating the motorcycle is the only one wearing a helmet and the rest of the family is wearing a tank top and flip-flops. I assume this has something to do with the man being head of the house.

The ride home that night was more dangerous than the ride going there, for obvious reasons. In addition to oncoming headlights and the abundance of Jeepney smoke, pedestrians play Frogger, standing between traffic in the middle of the road before sprinting across. I couldn’t identify any urgent need for taking such a risk and most of the pedestrians I avoided hitting played this game with smiles on their faces. The likely reason for this risk taking, road crossing, pedestrian assault on traffic is the hunger for Balut, a fertilized duck embryo that is boiled and eaten in the shell. Balut is a delicacy in the Philippines and no foreigner has the right to say they’ve been here unless they’ve tried it. Whatever the reason, overtaking at night in the Philippines can get nasty quick if you’re not on your toes.

Store blessings are so common in the Philippines that they even take place while customers are ringing up their orders, such is the case in this photo. This motorcycle shop is called Masters Motors and it truly is blessed.

There were only a couple opportunities to hold the throttle open long enough to go fast, and when I did it was pure bliss. When you ask motorcyclists in the Philippines what his or her dream is, most will tell you the same thing – to go to The States and hold the throttle open on a liter bike for as long as possible. The Enfield carried me confidently through the hazards of the third world and introduced me to a new way of riding, where horns are your best friend and overtaking is the way of life. I’m looking forward to the next ride.

Josh Manning is an MSF RiderCoach and Actor, currently making a movie in the Philippines.

By: Josh Manning
++
Got a tip for us? Email: tips@rideapart.com