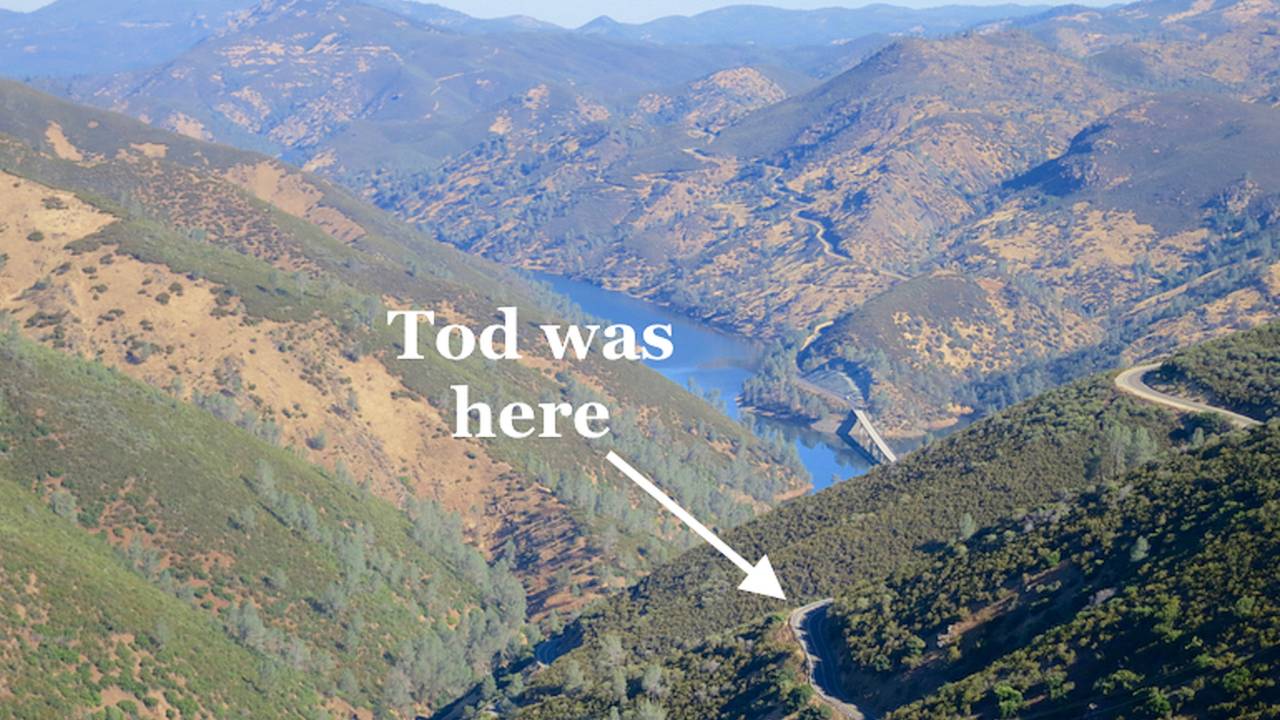 Veteran moto-journalist Tod Rafferty packs his trusty Honda NX750 into the back of his truck and heads to California's Sierra Nevada mountains.

The destination, we are often informed, is subordinate to the journey. Numerous homilies are devised to support the assertion and more than a few philosophical flights of fancy. Nonetheless, the appeal of a beautiful setting, and some time to enjoy it, enhances the blessings of the winding road. Especially after crossing miles of baking plains with your bike in the back of a truck without air conditioning.

Of course, Californians are admittedly spoiled by the combined benefits of a long riding season and a panoramic range of choices in geography and weather. However, this year saw the Big Sur coast road, the fabled Highway One, closed by mudslides – and most of the Off-Highway Vehicle routes in the Sierras closed by snow and mud. Meanwhile, the wet winter was no help to the mountain pines, already weakened by four years of drought and now under assault by bark beetles. The loggers can’t keep pace with the epidemic of dying trees.

But when one has the chance to go… Highway 49, the Mother Lode Road, on the western edge of the southern Sierras is a well-maintained stretch of macadam with stunning views hither and yon. The twisting ribbon of two-lane loveliness is punctuated by what were once small mining towns – now larger roadside tourist attractions – and historical sites and scenes from yesteryear. (Ebbetts Pass (elevation 8,700 feet) was still closed by snow in mid-June, while Sonora Pass (9,600 feet) just to the south was open. In the towns along the highway, at 3,000 to 4,000 feet, mid-day temperatures were in the low 90s Fahrenheit.

To my good fortune, the one open OHV area was just east of the charming hamlet of Murphys, where I put up for the night at the Historic Murphys Hotel, across the street from the Wall of Comparative Ovations. The stone wall’s span of ceramic plaques and reliefs traces the history of E. Clampus Vitus, a parody of the fraternal organizations popular in the gold rush days.

“Every member held an office of equal indignity," claims a plaque. "It is said that that E. Clampus Vitus existed for the purpose of promoting the welfare of widows and orphans, especially the widows.”

While my trusty Honda NX250 lacks the suspension travel and low-end torque for any serious single-track fun in the mountains, it’s quite well suited to the broad Forest Service gravel roads in the Sierras. The network of fire roads connecting campgrounds and lookout stations are bordered by towering redwoods and pines, their shadows holding moisture to the surface. Exit the highway at the numbered trail marker, and within yards you’re into the forest primeval – flickering sunlight, solitude and traction. Heaven on earth. And the Forest Service maps show which roads and trails are open to various vehicle types.

The hypothetical state of Jefferson has been trying to secede from California for years. Now many Californians are considering secession from the USA.

Street legal bikes have the advantage in this environment, in terms of both accessible dirt roads and trails and the ability to use the paved roads between OHV areas. Plus their innate agility in navigating the parades of cars, campers, and logging trucks – now often lined up for single-lane delays created by slides and tree removal crews. While moving to the front of the line may annoy a few drivers, it sure beats waiting at every clog-up.

While changing weather patterns have been keeping some Sierra passes closed later into the year, and blights of hungry beetles, and motor-homies eager to get a head start on the tourist season create corollary issues, the Mother Lode mountains of the original 49ers remain a haven for motorcyclists. If you go and see a geezer at the bar in the Murphys Hotel, pontificating on how he passed everyone on the outside in that sweeper by the ranger station, feel free to buy him a beer.