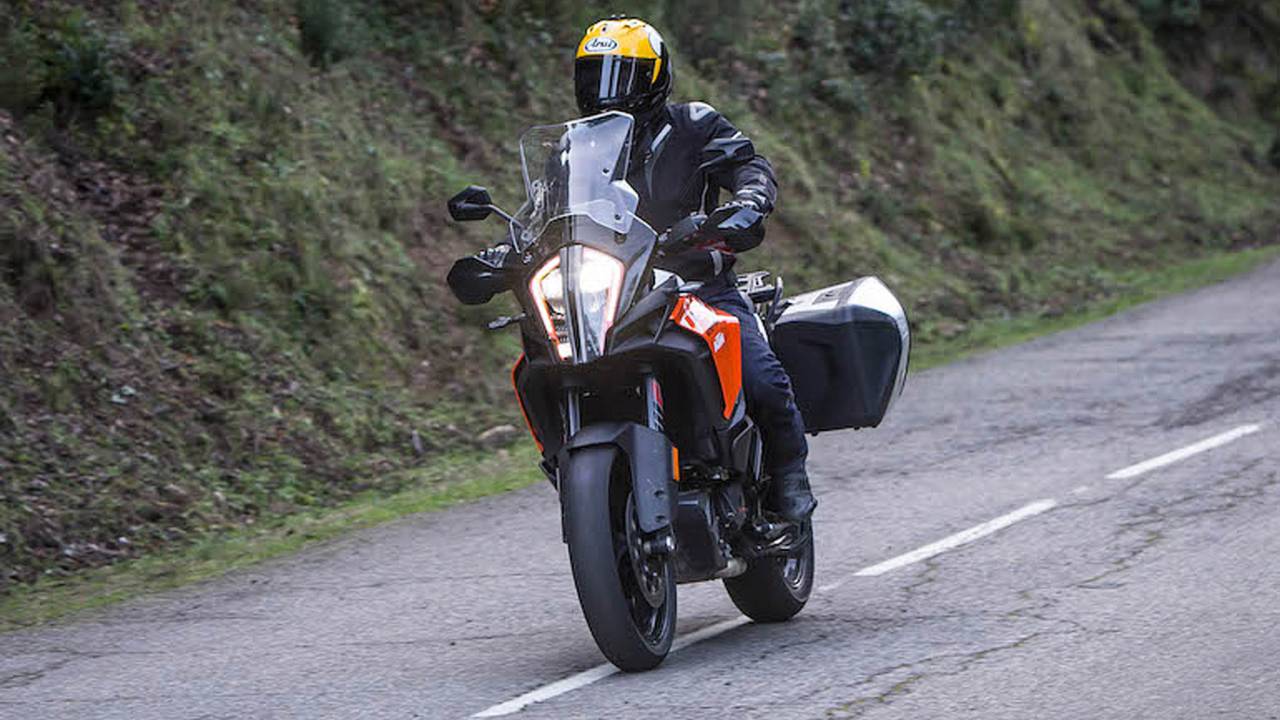 Recently published documents from the California Air Resources Board (CARB) appear to show that the most road-focused version of KTM’s über adventure machine is on its way to the US market.

Our top-secret UK-based tester, Randle McMurphy, threw a leg over the 1290 Super Adventure S earlier this year, when it was released to the European market. There are three versions of the bike, differentiated by their suffix letter: the R, T, and S versions. The first two are already available in the United States, though it is unclear from the CARB documents whether the T will be replaced by the incoming S.

The S, with its alloy wheels, is the most road-focused of the three. Packed with electronics (possibly a little too much tech, according to McMurphy), and delivering roughly 118 kW (158 hp) from its 1301cc V-twin, the moto has drawn all sorts of gushing praise for its ability to hustle and handle with sportbike ability.

“The 1290 Super Adventure S is an immensely capable bike,” McMurphy wrote back in March. “It's smarter than you are, has a motor capable of thrilling a rider of any level, and packs every feature you could ever want.

“The engine is a topic all its own, and it's hard to encapsulate in words just how good it is.”

It seems the US market has been a little slower than its European counterpart to come around to the idea of an entirely road-focused adventure motorcycle. In the “Old World,” these bikes have been adopted by many riders (myself included) as do-all replacements for cars – allowing folks the ability to speed through traffic on their daily commute, or load the bike with gear and trundle off to explore the Pyrenees.

Effectively, people use these big adventure machines – and the 1290 Super Adventure is big, weighing in at roughly 235 kg wet (about 518 lbs) – as comfortable, functional sport tourers.