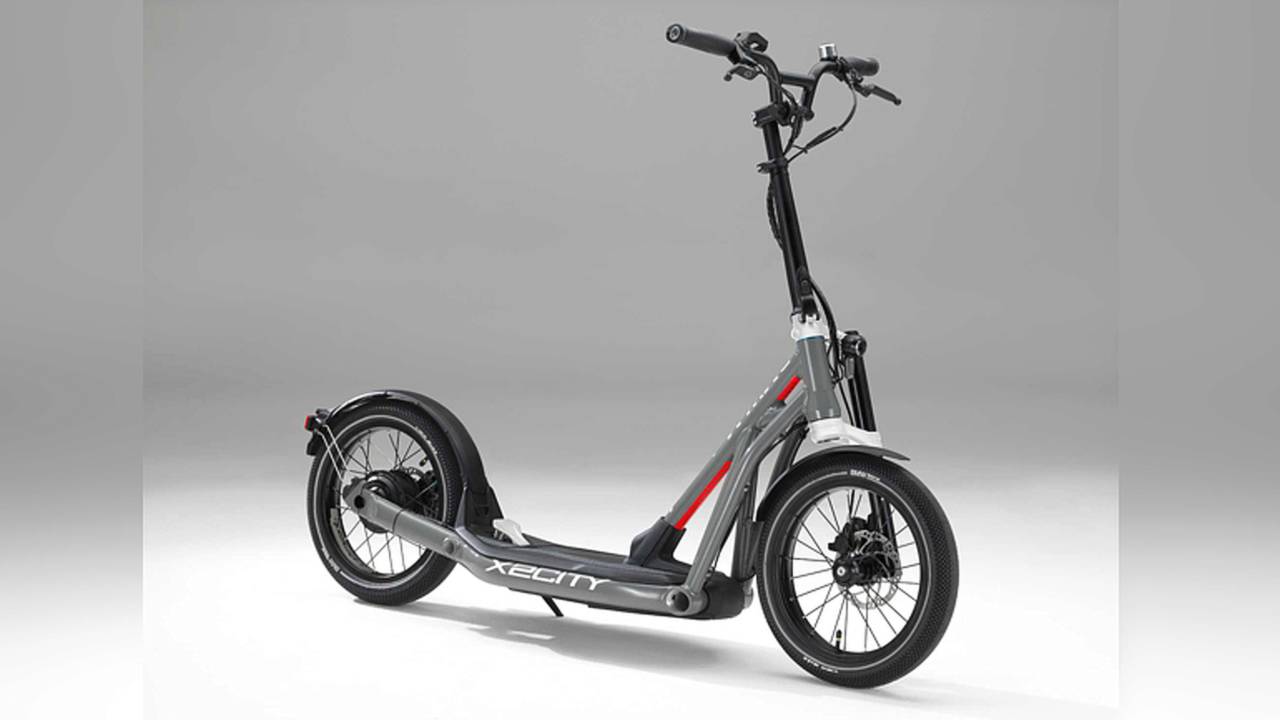 In a recent press release, BMW announced their new X2City scooter, a vehicle that signifies further expansion of BMW’s marketing demographics. Projected to sell for about $2800 the portable kick scooter is obviously aimed at urban markets where parking is always a problem. Gotta park far from your destination? Just grab the scooter out of the trunk. Or take it along on the bus, train, or subway.

The X2City carries the European Pedelec25 classification, which requires no license or helmet for riders 14 and over. The 48-pound scooter is driven by a small electric motor powered by 408 Wh lithium-ion battery under the floorboard, which is activated when leg power gets you up above 3 mph. The handlebar controller has five speed settings – 5/7/9/11/15 miles per hour – and the motor can be deactivated at any time by a switch on the brake lever.

BMW calls the charging system “Intelligent Energy Management.” A magnetic connector provides easy re-charging with an exterior charging socket on the scooter or directly at the battery itself. The battery is charged using a conventional household socket, with a charge time of about 2.5 hours from empty. The eScooter is not scheduled for sale by BMW motorcycle dealers, but will be marketed by selected bicycle shops and online by Kettler Alu-Rad Gmbh of Germany. Warranty and service work will also be handled by bicycle shops.

The X2City has disc brakes on both wheels, adjusted individually, and a brake light. The drive system and Marquardt lithium-ion battery carry a four-year warranty. Brakes are sourced from Magura and lighting components from Supernova. An integrated micro-USB socket in the display panel can be used to charge a smartphone on the road.

While $2800 may seem pricey for a scooter that requires leg power to get underway, it is, after all, a BMW. That alone should ensure a high standard of quality and, from the corporate viewpoint, potentially introduce a new generation of consumers to BMW motorcycles. Given the increasingly problematic issues of city traffic congestion and pollution levels, the X2City may well prove at least a partial solution, and the appeal might reach beyond the well-heeled hipsters and millennials in the market for the the latest cool techno-transport. We could see some elders, grandmas, and lawyers in three-piece suits cruising upright down the boulevard.

The personal mobility marketplace is obviously entering a period of sweeping change, and with the X2 the Bavarians intend to play a significant role at the front edge of small-footprint transportation.