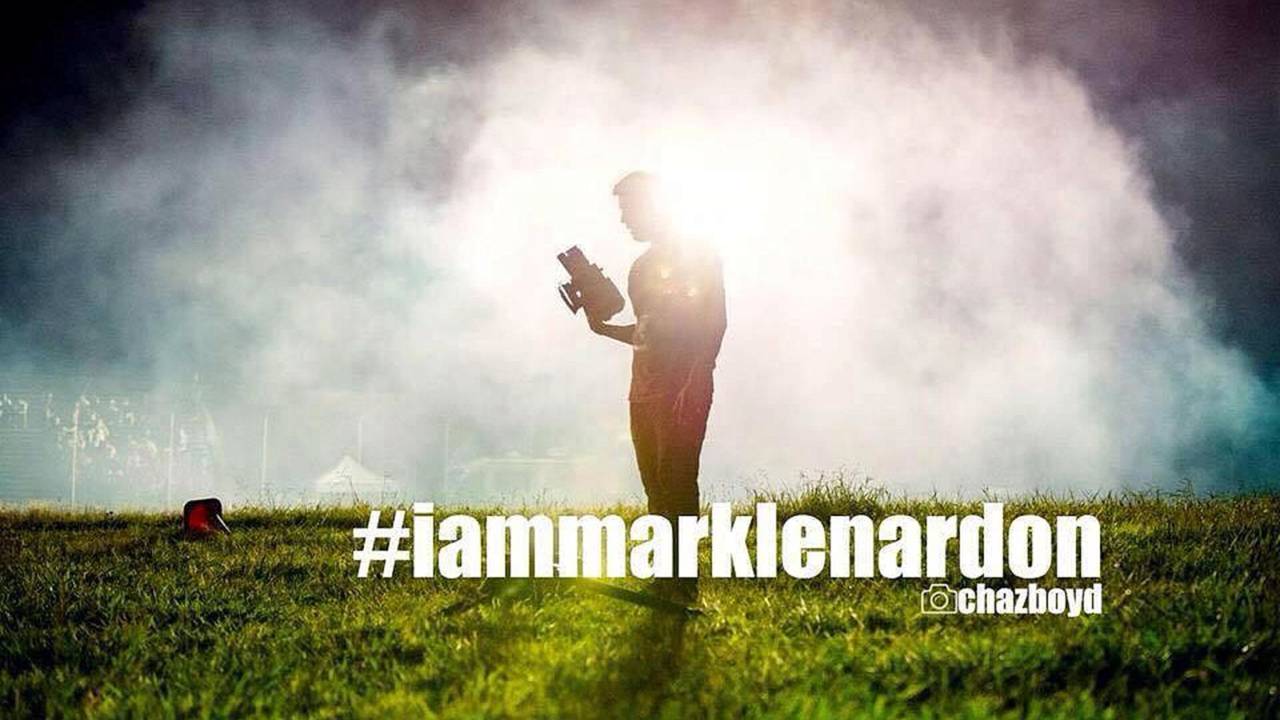 Goodbye, Mark LenardonMotorcycles are bad for me. They take my money, they risk my life. And as an editor of a motorcycle magazine,sometimes they...

Motorcycles are bad for me. They take my money, they risk my life. And as an editor of a motorcycle magazine,sometimes they take my spirit. Today was yet another day patching relationships torn by those before me and dealing with the struggles and negativity this work sometimes brings, and it ended on a far sadder note than I ever could have expected.

As I sit doing the same thing, wondering the same thoughts—why I ride, why I keep doing what I do, why I put myself through the punishment and long nights—I was then forced to wonder why I just lost a good friend. As I finish up a late-evening conference call, I received an email that broke my heart.

My friend was in a bad motorcycle accident last Sunday, and today his mother reported that he wasn’t going to recover. He clings to life tonight, taking his final breath at Long Beach Memorial with his father holding his hand. His mother said it was too much; she said goodbye to her son, unable to witness his last breath leaving his body.

I don’t remember exactly where I first met Mark Lenardon, I only remember hearing some of his qualifications, then seeing this laid back, tattooed, confident guy, and thinking he was full of shit.

Church of Noise | Farewell from Mark Lenardon on Vimeo.

It wasn’t until a last minute Hot Rod Unlimited shoot that we became friends. Mark didn’t make any assumptions about me, or think of me as some bullshitter or lesser guy. He didn't wait to learn more about me personally before making judgments or assumptions. He was just happy. He was stoked on life, thrilled to be doing a damn good job at what he did best—making videos.

We spent the day shooting, but it felt more like a day hanging around. We laughed about nothing and I grew to respect him the more I was around him. On our way back, he took me to the Pike Bar in Long Beach, California. A place owned by the drummer from Social Distortion. A seemingly seedy dive bar with an odd mix of racing and punk memorabilia splashed in a nautical theme.

The Pike Bar was also the place I had one of my favorite times with him, New Years 2014. We had walked there from a terrible downtown Long Beach party because I was too cheap to take a cab. Myself, and then girlfriend now fiancé, stumbled in, cold with sore feet and met Mark,  who was surrounded by people in the back. We threw back beers and laughed about bullshit.

The Pike Bar was a place I entered last week with my fiancé to raise money for his medical bills. Brian Scotto, who runs Hoonigan (you know, Ken Block’s brand) in Long Beach, normally holds a Formula D Streets of Long Beach pre-party there, but this year he stood by the door collecting a cover for Mark’s family. Although people gathered in love, it was a somber evening. We sat in the back.

I spent a few late nights with him in the garage at Hot Rod talking about bullshit and working on cars. The last time I saw Mark was at my former work for the Furious 7 pre-screening. He was standing alone and came over to me. He had this type of Gumby bounce to his step (or maybe that’s just how my memory interprets it.) He stood around for a few minutes and I asked him how the motorcycle was. He had just re-registered it after it was left sitting for a few months. I told him we should ride sometime. We stood around for a few more minutes talking bullshit before he headed back into the building.

Two days later I received word via Facebook that he had been in a bad motorcycle accident. No details as to what happened.

A GoFundMe campaign to help cover his family’s emergency travel to LA started immediately after he was checked into the hospital. By the time I went to sleep that night it was almost at $5,000. The next morning it was over $12,000. As of today it’s at $33,000. Seeing the gigantic outpouring of support from his friends and people who only met him once has reminded me to be a better, more positive person. Someone who is stoked on life, no matter its struggles.

Days clicked by as I checked Facebook every hour seeing if he had woken up yet. There were sporadic updates as the Formula D season opener in Long Beach, CA, was underway. An event he looked forward to every year. The last time we spoke he mentioned he had received his press credentials early.

Racers, photographers, videographers and mechanics were chanting on social media in an effort to show support. Geoff Stoneback Racing wrote I Love (heart) Mark Lenardon on the roof of their 240 for the Streets of Long Beach race. They've dedicated the 2015 season to Mark.

MUST READ:  10 Things They Never Told You About Becoming a Biker | RideApart

I was stuck in a long work conference call when I saw the news. His family had known for a couple days that he wasn’t going to recover. His life was fading away as I remained at my desk working.

I didn’t reminisce on the few times I’d spent with Mark, or fond memories of him, I just remembered his charm. He had a sense of excitement for life. Nothing seemed to get him down. I’ve been a person who extrudes negativity at times, but he never seemed to be phased by it. Mark always had a smart ass response or just simply a smile. He didn’t ask why he did the things he did, and he also didn’t wonder "why" when it came to the late nights or the hard hours. He just lived. His love of the short time he had here on earth will remain in me for the rest of mine.

With time the memories may fade, but I’ll always miss talking about bullshit with Mark Lenardon.