A Rider's Perspective: Why I Don't Group Ride 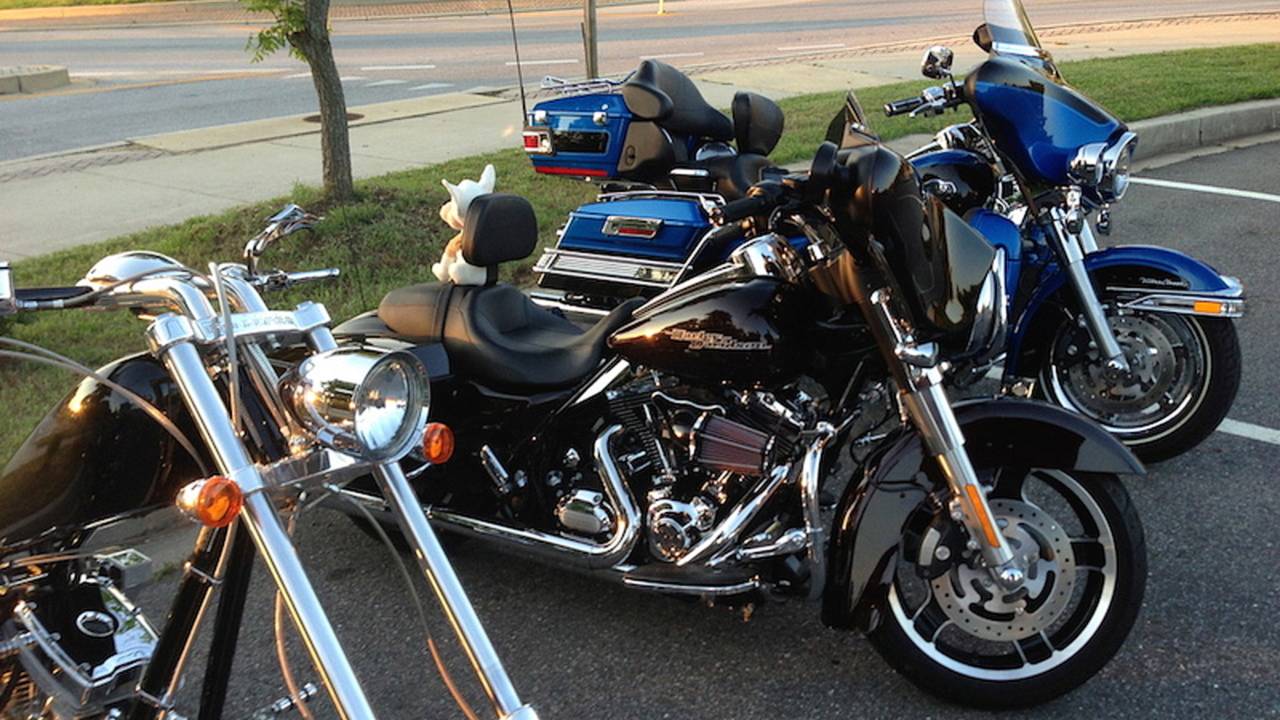 From one of our own on why they gave up riding on group rides.

Hanging out with friends and taking in an event that is full of bikes, good food while meeting new people is always a blast. Often events try to turn all of this into a group ride—taking what was a really great time and turning it into a parade lap that ends in despair.

Five Reasons Why Group Rides Are The Worst

Top 4 Tips on How to Group Ride the Right Way

What defines a group ride?

In the simplest of terms, a group ride is when two or more people ride together. Why more than two? Generally two riders can stay within sight, can easily be in the same skill category, and are usually well known friends or at least riding companions. It also follows the old adage—two is company and three is a crowd.

The group rides I stay away from are events that many clubs, organizations, and even riding forums put together. The ones where the skill level of the riders range from the complete novice to a former track day junkie turned supermoto street rider. For the latter, the pace is never fast enough and for the neophyte, the pace is always too fast. (However, the cause that these events support are worthy of our time and resources.)

Why I hate group rides!

The number one reason is that they are the least safe riding environment and break almost every good riding habit with their staggered formations—too close following distance and an accordion effect to both acceleration and braking. Find two friends and try to walk in a staggered formation with your hands barely touching. Now walk fast or slow changing often and stop randomly; see if you can keep within touching distance and not run into each other. Go ahead I will wait here.

Some group rides can be very well organized and run really well. You cannot control all of the riders all of the time. I have been passed in corners, almost run into from the back, got hit on the leg by a passing bike, and crashed during group rides. Most of these were impatient riders who grabbed a bunch of throttle on the straights because the group was too slow for their taste. These invariably were the same riders who made 14 corrections at the next turn and had to practically stop to negotiate a left-right-left "S" bend.

I crashed on a group ride

I've had two motorcycle accidents during my riding career that resulted in an injury or a demolished motorcycle. One was caused by poor road conditions in cold weather, the other was on a group ride. The ride was very well organized when we started. People were grouped by skill level and ride leaders were clearly identified, routes were chosen and reviewed. Everything went well until we stopped for a break. The fast guys were antsy, the slow people were slow, and the bulk of the riders were hot and tired, and we were barely half way done. The other problem with large groups is you underestimate the time it takes to travel. So instead of 30 minutes, it took an hour and a half to reach the stop point.

What went wrong from here is a comedy of disorganization and chaos. The ride leaders were mad because people complained, the complainers were mad because the ride leaders were mad. The slow people wanted to be at the front to slow it down, and the fast guys wanted to go faster. So instead of a plan, everyone mounted up and took off as a group with little or no regard to who slotted in where. The first decreasing radius corner saw it all fall apart.

I was fourth in line riding a safe line and easy pace. Two of the three in front of me I knew and were experienced riders who knew the road. The third person in line had a brand new Ducati and significantly less seat time. These are country roads through a state forest area that contains beautiful scenery. We road downhill and hit this magnificent corner with a wide open view of the bridge over the dam. I have ridden this road many times and it's a hodgepodge of gravel, traffic, and humped center line—so both lanes are cambered towards the road edge. This is where the problem starts.

Rider one totally boned the turn and almost ran off the road to the outside, rider two panicked and stopped in the middle of the road, rider  three stopped to the inside, but went sideways for some unknown reason. I was stuck in the middle of the turn with tenths of a second and not much room to maneuver. The inside line was gravel and even though I wasn't speeding, I was fast enough to lose traction if I hit it. Option two was try to limit brake while leaned over and stop in time to miss the Ducati rider. Possible but improbable. I chose option three which was to cross the center line while slowing and leaned over to dodge the bikes in front. As the knight in Indiana Jones said: "You chose poorly." Remember that road crown I mentioned? Yeah I hit that and the back wheel stepped out, stood me straight up and I met the guard rail.

I don't blame the other riders, I don't blame the road, I do blame my decision to ride in a group and for not remembering I didn't know the riders around me or how they react. If I had, I would have left more distance between us and given myself more time to react.

Why I don't group ride

I know the title is a little redundant, but a conclusion must be made. I stopped group riding because I don't enjoy it. Riding a motorcycle is dangerous enough without adding proximity, speed, and incompatible skill levels for hours on end. The multiple screws embedded in my ankle and the corresponding hospital stay serve as a stark reminder of how a minor mistake can be amplified when that close to so many other riders.

Tell us your stories of good or bad group rides in the comments, or as some of you will definitely do—tell me what I did wrong from the comfort of your computer chair. For those that do group ride, stay tuned for some do's and don'ts in an upcoming article.