Meet the Man Behind the 'Mission Impossible—Rogue Nation' Showbike 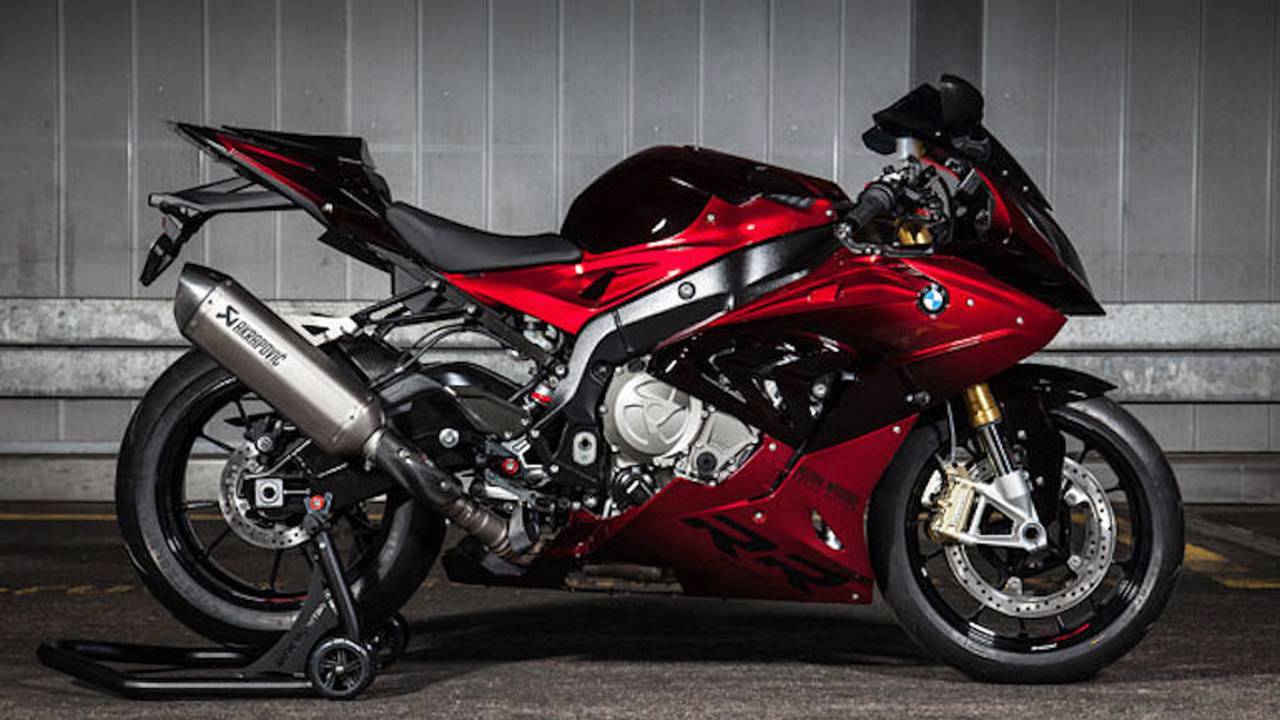 A look inside the process (and history) and the man responsible 'Mission Impossible—Rogue Nation' Showbike.

The recently released action spy thriller, Mission: Impossible—Rogue Nation, has been well received by motorcycle enthusiasts—and for good reason. It showcases a good amount of BMW S1000RRs, one of which Ethan Hunt (Tom Cruise’s character) manhandles during an epic motorcycle chase scene.

To pay homage to Mission: Impossible’s 5th installment, a one of a kind S1000RR was created by custom bike painter Håkan Lindberg.  The 51-year-old repair shop manager for Mercedes has been painting cars and motorcycles for 34 years.

“I’ve painted bikes since I was 16-years-old,” Håkan said. “There were no schools for this kind of thing in Sweden, so I’m completely self-taught when it comes to custom painting.”

BMW fans may be familiar with Håkan’s work in the past. He was responsible for the rad blue paint job on the "Stockholm Syndrome" R nineT built by Unique Custom Cycles, which became a trophy winner at the Custom Bike Show in Norrtälje, Sweden.

Just the Latest For Lindberg

So when BMW Motorrad came knocking on Håkan’s door asking him to custom paint their most beastly motorcycle, he took on the project. After all, this wasn't his first time working with the German company.

“I’ve helped BMW out with a few ‘missions’ in the past,” Håkan joked. “I’m into customising and painting in a big way – I love hot rods, choppers and cafe racers, and have built a lot of English classic cafe racers, as well as quite a few choppers.”

Not only is he into custom painting various two and four-wheeled vehicles, he also loves collecting them. He currently houses four Harleys, a ’49 Norton 500T, a ’32 Ford 3 Window coupe, a ’37 Ford Business coupe, and a couple of hotrods.

What made this project even cooler for Håkan was that it was filmed for a BMW Motorrad short film. The BMW Double R that he had the opportunity to paint also came pre-designed. Håkan explained:

“For this particular BMW I received a finished paint job design, which is rare. The design for the look of this bike came from Piers Spencer Phillips in Austria, so although it was already decided that the bike would be black and red, I got to determine exactly what types of red and black it would be. The other challenges were the time in which we had to do it, in combination that it would be filmed, but the results went beyond even our expectations.”

READ MORE: Listen to the Beautiful Sound of a Lamborghini V-12 Motorcycle | RideApart

Ordinarily, Håkan paints using Candy colors and flake, but with this particular S1000RR he tried to use water-based paints. However, some custom colors don’t exist in a water-based format so he opted to use paints with solvents.

In the end he painted the Rogue Nation BMW with Standox, which claims to be one of Europe’s leading car refinishing brand (Håkan also swears by the stuff). The finishing touches included both ‘Mission: Impossible – Rogue Nation’ and ‘RR’ decals.

“I’m very thankful that I got this opportunity to paint this S 1000 RR for BMW,” Håkan said. “It’s hard to know how many hours this job took because the bike arrived complete and needed the parts taking off for the filming. If I was just painting the loose parts, then there would be about 30-40 hours work involved, but this project was more complicated. I hope that people like the results though.”

Check it out the super rad, custom painted BMW S1000 Double R below: