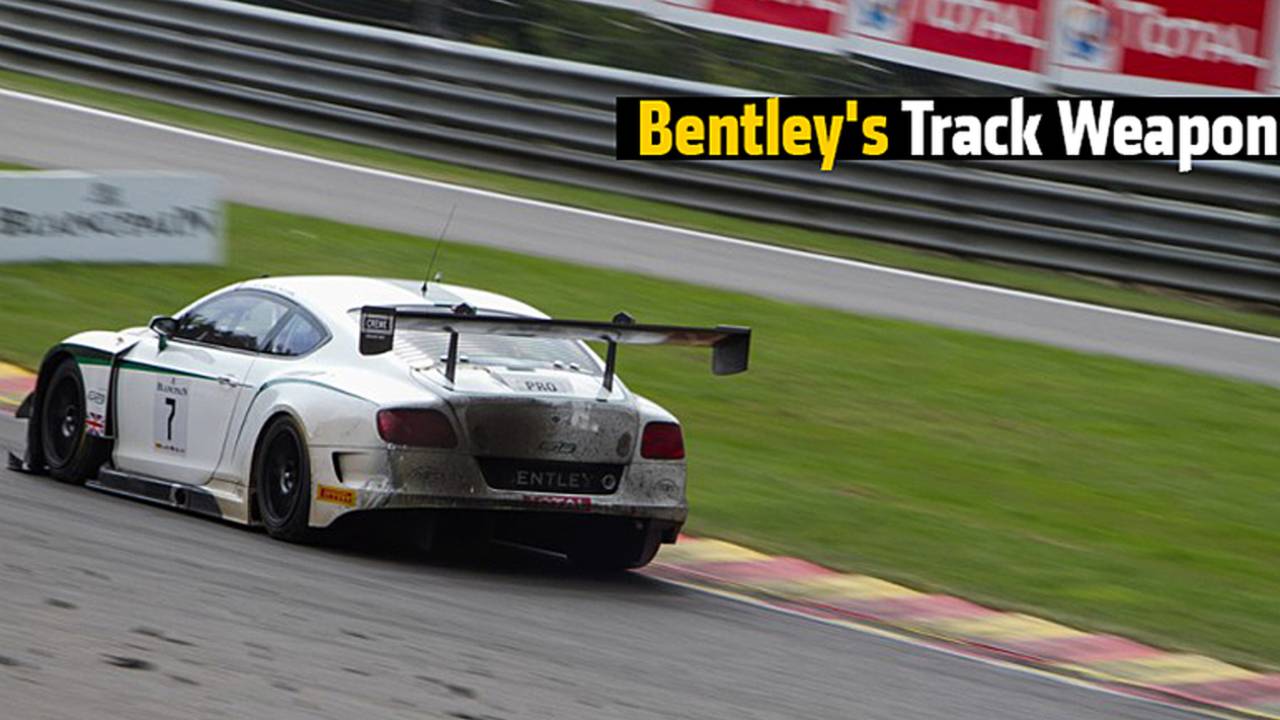 Bentley returns to GT racing and we check out their weapon of choice.

For a company that’s been out of motorsport for almost 10 years, Bentley’s return to GT racing has been quite a successful one. The luxury brand has been campaigning its Continental GT3 in the 2014 Blancpain Endurance Series, and the car claimed outright victories in rounds 2 and 3, at the Silverstone and Paul Ricard circuits.

It took a true team effort to achieve these results, of course, but much of the credit has to go to the guys at M-Sport, based out of Dovenby Hall, England. Rally fans are familiar with the name, as these are the same guys that run Ford’s WRC efforts.

“We're brand Bentley, and you don't put your brand with just anyone,” proclaims Brian Gush, Bentley’s director of motorsports. “My search was for the people who can build the best, strongest steel monocoques, and probably rally cars are the strongest there are. And safest. For me (working with M-Sport) was pretty logical.”

It’s M-Sport’s rally background that not only allows them to transform a tank into a competitive circuit racer, it also ensures that the car is bulletproof and reliable. And with brand identification being a main priority, the M-Sport team couldn’t rely on fancy, overly finned surfaces to give them an advantage.

All luxuries were gutted, heavy exterior panels were tossed and replaced with lighter carbon fiber pieces, and the four-wheel drive system was removed. According to M-Sport director Malcolm Wilson, these modifications alone help bring the car to a fighting weight of under 1,300 kg.

With the heavy stuff out, optimizing the remaining weight was key. GT3 rules prohibit intrusions through the firewall, but removing the four-wheel drive system opened up a bunch of space aft of the engine, allowing the team to move the twin-turbo V8 more mid-ship. Aero enhancements were engineered to be effective, yet not overpower the tires – this is endurance racing, after all, and keeping tire wear and grip characteristics consistent is just as important to winning races as engine power.

Speaking of power, this Continental GT3 runs a modified version of the 4.0-liter, twin-turbo V8 found in the street-going Continental GT V8 S. In race-spec it pushes out 600 bhp, using an Xtrac six-speed sequential transmission and carbon-fiber driveshaft to get that power to the rear wheels.

But even with all these modifications, the Continental GT3 is still a Bentley. Look past the FIA-spec roll cage and you’ll see embellishments that truly set this racecar apart from the rest. The steering wheel, seat and door pulls have all been hand-trimmed and hand-stitched by the craftsman at Crewe, giving this track bruiser a refined punch.

Above all, this Continental GT3 is very easy to drive. Bentley’s team drivers have nothing but compliments for the car, with pilot Guy Smith raving about the car’s consistency over stints, and co-pilot Steven Kane saying it’s the fastest GT3 car he’s seen through Spa-Francorchamp’s famed Eau Rouge. And the drivers agree that it’s one of the easiest GT3 cars to drive.

That last bit is a good thing as Bentley and M-Sport will be offering turn-key GT3 racers to gentlemen drivers around the world. Even better, M-Sport didn’t do a thing to “neuter” the car’s performance to suit these…ahem…less-talented drivers. The version you can buy is identical to the ones running, and winning, in the Blancpain Endurance Series.

Amazingly, this winning Bentley Continental GT3 is M-Sport’s first-ever circuit racer. Thanks to their years of rally knowhow, solid engineering skills, and a pretty remarkable donor car, this first attempt at a tarmac-based racer is a stellar one.