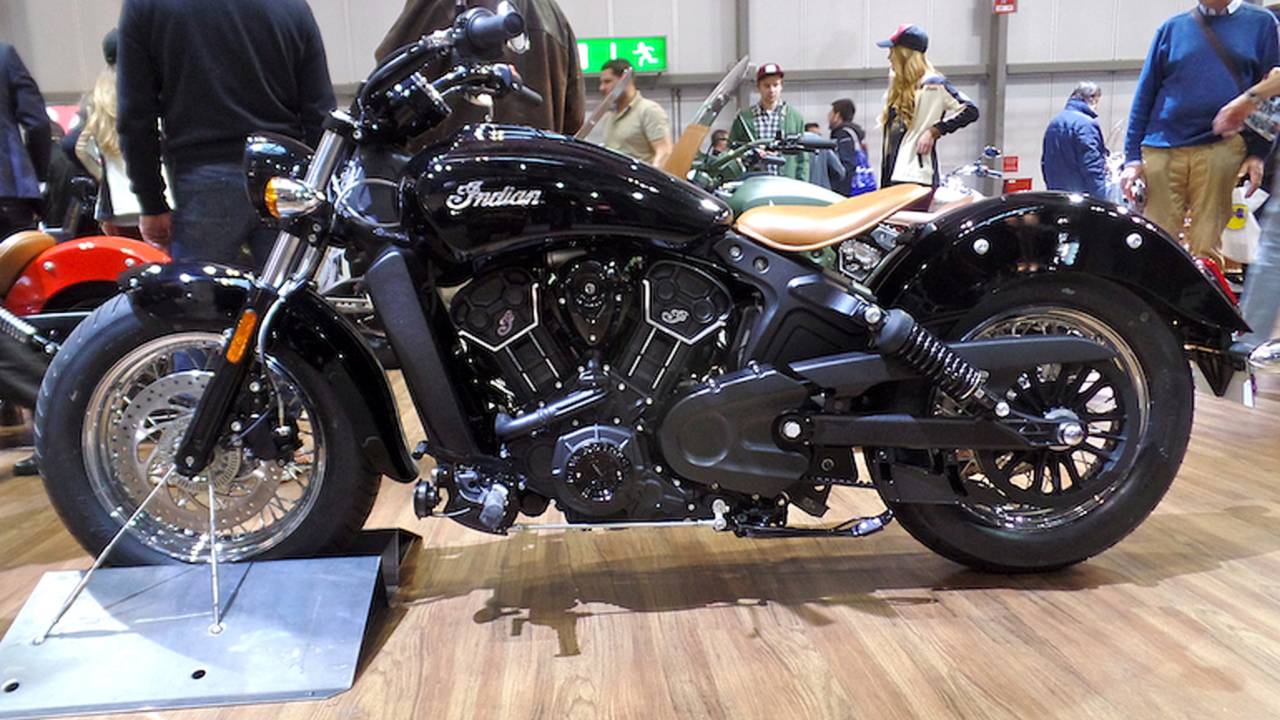 Indian Motorcycle have pulled the cover off a smaller displacement, more affordable version of its popular Scout: the new Scout Sixty.

Indian Motorcycle has pulled the cover off a smaller displacement, more affordable version of its popular Scout: the new Scout Sixty.

Looking almost exactly like its Scout big brother –– henceforth known as the Scout 1130, it would seem –– the Sixty gets its name from the 60-cubic-inch liquid-cooled V-twin that provides its oomph. That's 999-cc in new math.

Losing just more than 130-cc means the Sixty also loses a little bit of power and torque to its sibling ––down to 78 hp at 7,300 rpm and 88.8 Nm (65.5 lb. ft.) at 5,600 rpm respectively. That's still a decent amount of power, especially in the cruiser spectrum, and it would appear the bike remains a relatively revvy machine.

Both bikes boast a surprisingly low seat height –– just 25.3 inches of space between your butt and the pavement.

Anti-lock brakes will be standard on the Sixty for those of us living in the old country, but it doesn't appear that feature is yet an option in the United States. Wait a while; it probably will be within a year.

Indian says it hopes the lower power figures will entice more new riders into the brand. President of Motorcycles for Polaris Industries Steve Menneto said the original Scout has helped the company reach "a broad swath of riders," and that the Sixty's appeal will expand the brand "even further to include newer riders and a younger demographic."

Undoubtedly, the price will play a big part in that. In the United States, the starting price will be $9,000, putting the Sixty within $500 of the base price for a Ducati Scrambler.

No doubt, Indian would be happy to see people make that comparison rather than to Harley-Davidson's entry-level machine, the Street 750 (that bike costs almost $1,500 less than the Sixty.) However, to be fair, the Indian is markedly more powerful and—having seen both in person—of far better quality.

Slightly more exposed wiring and less chrome are the only real aesthetic differences between the Scout Sixty and the Scout 1130. I didn't notice the wiring until Indian Product Manager Gary Gray pointed it out to me at the manufacturer's EICMA event, and I actually prefer less chrome.

Meanwhile, the two Scouts even share the same engine, with the "smaller" one simply having smaller bore/less displacement. Gray said these minor tweaks result in the Scout Sixty being lighter than its big brother, and as such, "a little more accessible."

Indian are hoping the lower price tag will encourage people to take up the art of customization, and will, of course, be offering a host of accessories to help riders down that route. If you want the scrambler that I've been wishing for forever, though, you'll still need deep pockets and the phone number of a good custom shop.

For inspiration, look to the Superprestigio of the Americas races taking place on November 21st in Las Vegas. There, the omnipresent Roland Sands (does that dude ever sleep?) will be revealing five customized Scout Sixty bikes to compete in the "Super Hooligan" class.