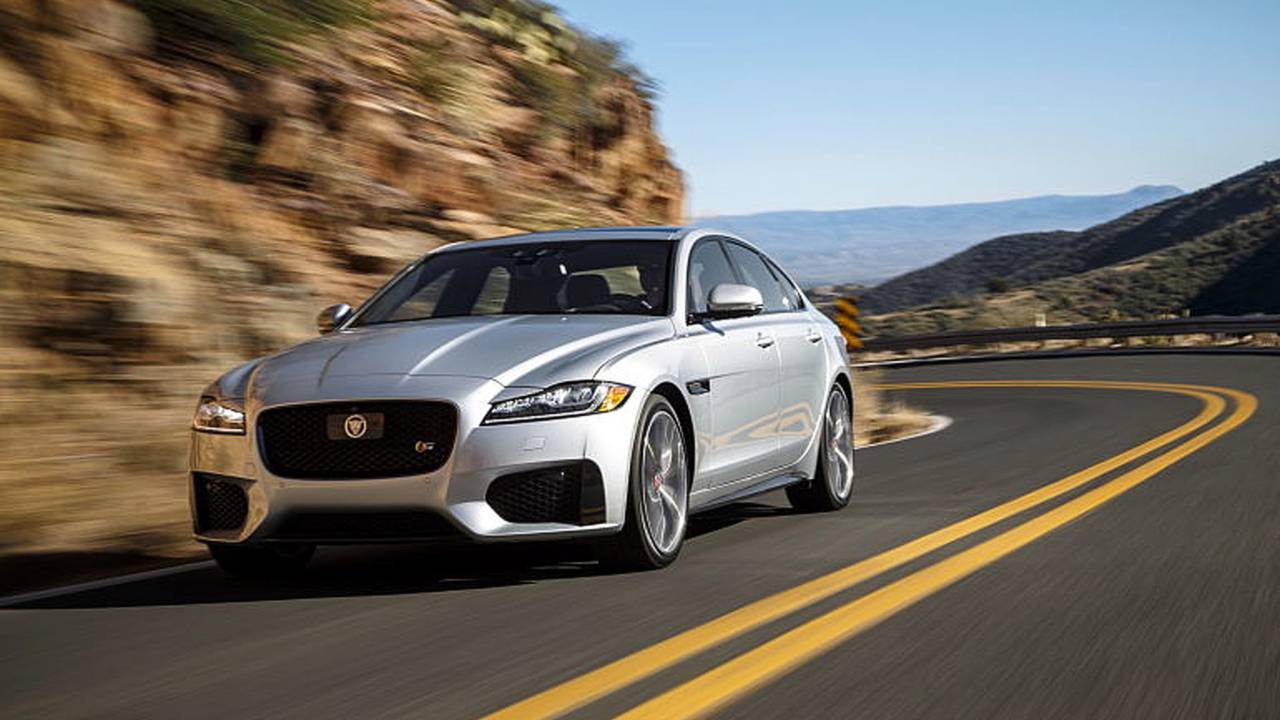 Throw out your old Jaguar prejudices and get to know the 2016 XF's sporty pleasures.

Assumptions are dangerous things, and hard to change—especially in the public consciousness. Surely everyone knows BMW builds the “Ultimate Driving Machine” and that Jaguars are unreliable cars for old fuddies. Yet, those privy to the truth see that most modern Bavarian vehicles are mainstream and don’t reward with interactive controls nor best-in-class dynamics. Likewise, the British have been building audaciously sleek sedans and sports cars that have been near the tops in most independent surveys, such as J.D. Power, for customer satisfaction and reliability for several years now.

The Cat’s Out of the Bag

Prior Coventry cats such as the XJ and F-Type play on the fringes; now, Jaguar is going for the heart of the market, and us Yanks first taste of this is the new XF midsize sports sedan. While its mostly aluminum body is evolutionary in styling, it is carefully detailed, well proportioned, and quite captivating. It’s also stiffer and over 200 pounds lighter than the outgoing car.

Inside, it’s slightly roomier—especially in back, where it needed to be—and generally speaking, thoughtfully detailed, with interesting textures and use of color and wood and aluminum trim. But they’ve missed some elemental things too: the base seats are hard, lack support and are limited in range of adjustments, and the cloud-based InControlApps interface is bug-ridden and nowhere near as intuitive as the German systems. Navigation systems that try to get you lost a few times on a single trip tend to lose your trust and send you scrambling for your smartphone, surely the opposite of what we want in combating distracted driving.

Dynamically, Jaguar aimed for best in class, and they’ve landed in the top tier of driver’s cars—without creating a rough riding sedan that wont have broad acceptance. Perhaps only the Cadillac CTS steers, controls body motions or nails the ride and handling balance as well; both are clearly ahead of the BMW 5-series, Mercedes E-Class and Audi A6. The XF trounces the American in the powertrain department; the programming of its ZF 8-speed automatic (shared with two of the Germans cars) is the standard by which others should write tranny code, with perfectly executed, intuitive shifts in all modes. The engines at launch are closely related 3-liter, supercharged V6s; the base one has outputs of 340hp/332lb-ft and boasts a wide spread of shove, commendable smoothness to redline, and refined yet intoxicating noise signature.

The XF S has another 40hp and a racier top-end without loosing any of the refinement of the basic model. 0-60mph is estimated to take just about 5 seconds. Later next year we’ll get the Ingenium 2-liter turbodiesel and gasoline engines and perhaps a V8. Rear wheel drive is standard; a new, lighter and faster-acting Jaguar AWD system optional; both combine with predictive software to make drive-off on slippery surfaces easier, and brake-based torque vectoring nips understeer in hard cornering.

And cornering is what the XF is built for; few cars of this size have ever straightened curvy roads with such aplomb. The steering is superb: detailed and accurate, with a proper build up of forces to tell the pilot grip levels, locked-in straight line tracking and proper weighting. Suspension is comprised of double wishbones at the front and what Jaguar calls an “Integral Link” rear; drivers will call it astonishing. The testers were all equipped with the optional, continuously variable suspension dubbed Adaptive Dynamics, which road so well in its sportier setting that the soft setting was never needed. Consider this upgrade mandatory.

This all combined on the last day with the XF for a predawn rush across tight mountain passes and the open Arizona desert to create of the finest drives this reviewer has ever experienced; one of those transcendent moments when man and machine are one, all the old biases are erased and a new era can begin. That this includes best in class warranty and servicing through what’s called Elite Care means Jaguar may indeed rewire prejudices and achieve the kind of acceptance they’ve long deserved.

Here is what Jaguar has to say.