A Motorcycle JetSki? Sure, Why Not? The Gibbs Biski - Video 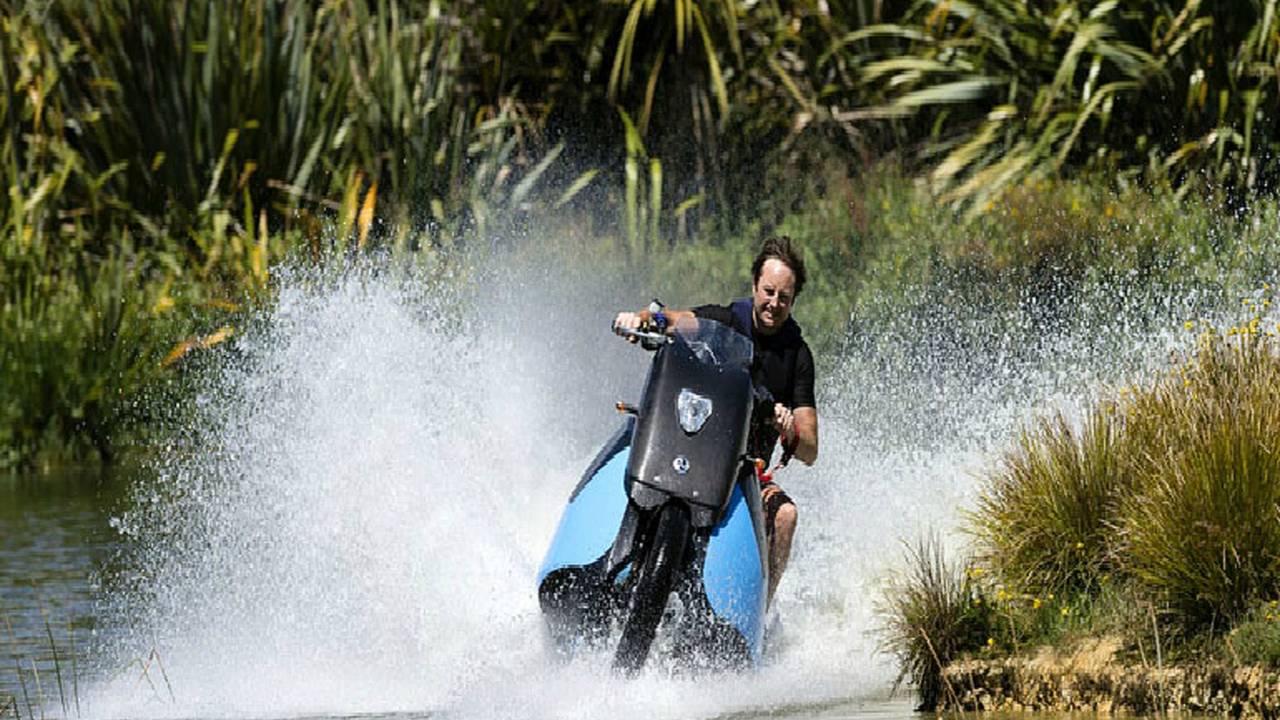 Just want you needed, a Motorcycle JetSki: The Gibbs Biski.

I don’t know about you, but a motorcycle that doubles as a jet ski? Sign me up for that ridiculousness.

Introduced by Gibbs, The Biski is just another model in their line of “transforming” products. A couple years ago when I attended AIMExpo, I had the pleasure of taking their QuadSki out for a test ride on land in the water. At first I thought, this thing is stupid. Then I tried it and I realized I was just being judgmental, it was fun as hell.

According to Gibbs, The Biski name is derived from the words "motorbike" and "jet ski.” I personally would have liked “MotoSki,” but I don’t work for them so what do I know?

Powered by a two cylinder gas engine, the Biski is capable of 80 mph on the roads, making it usable in and around town and capable of traveling on the highway. As you can see in the video below, the transition from road to water is super quick and works at the push of a button. In “jet ski” mode the wheels retract into the body and a dual-jet water propulsion system gets you underway at speeds up to 37 mph.

The Biski is one ugly motorcycle on the road, especially with the baby blue/black color scheme (which is the only color it comes in) and its bulbous appearance. But chances are, if you’re buying into this product it’s more for the water sports element than anything else, and you could care less about what it looks like. Regardless, the Biski looks like it will function well enough in both endeavors and be loads of fun.

According to the Gibbs website, the Biski is still technically a prototype and Gibbs has yet to set a MSRP. Maybe it will be available sometime this summer?