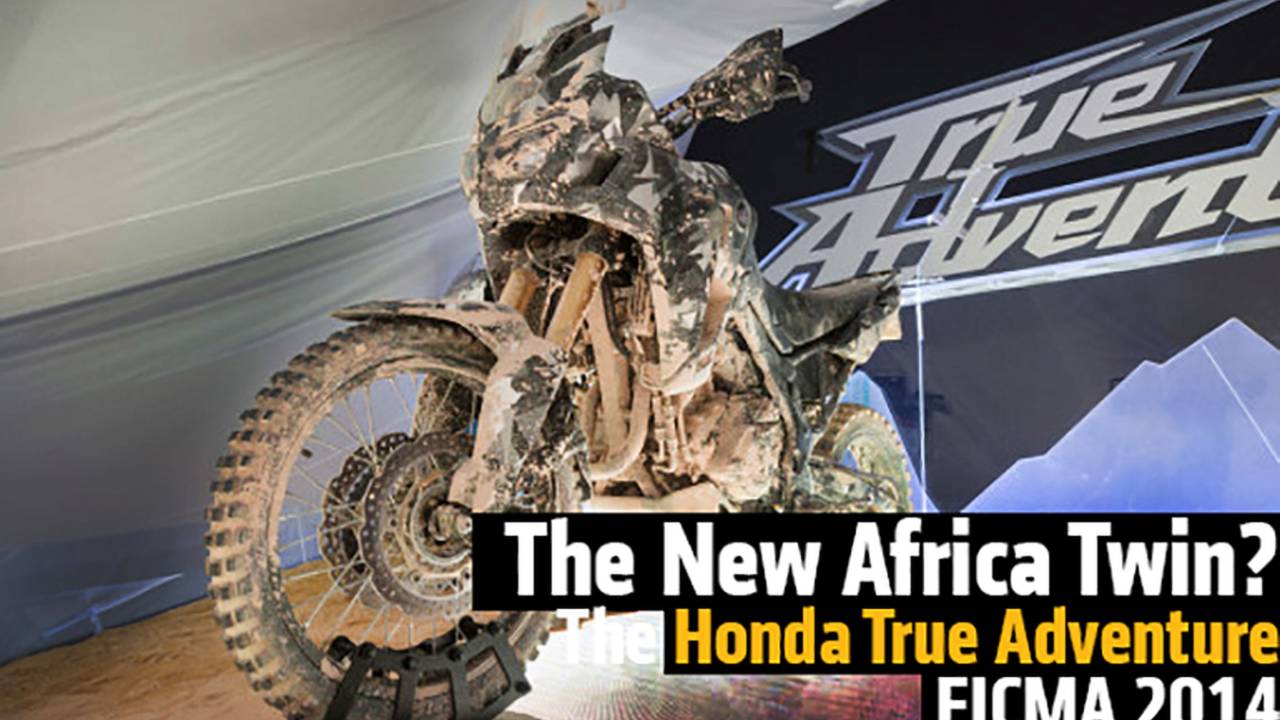 The Honda True Adventure is the Second Coming of the legendary Africa Twin.

Covered in dirt and sporting a camouflage paint scheme the True Adventure appeared as if it rolled right in from the mud pits and wooded trails. Clearly Honda is billing this as an offroad-first/pavement-second motorcycle, unlike so many others that are clearly road oriented. Inspired by Dakar-winning bikes located to either side, and forgoing the class required beak design, the True Adventure rocked TKC80 tires, skid plate and a used look that the boys at Starbucks can only wonder at.

Honda has clearly been listening to owners who complain that adventure bikes are too big, and thus are too unwieldy off road. The True Adventure prototype is none of these. Taking heavy design cues from the Africa Twin, the bike looks to be nimble and on the low end of the weight scale - and again, we'll be honest here and wonder out loud why Honda didn't just hang the Africa Twin name on the thing.

What we know so far is limited from what is easily seen on the bike. Dual headlights, high wind screen, approximately 1000cc Twin, motocross style seat, and a 21' front wheel all point to the off road prowess potential.The lack of bodywork also is a bonus, meaning less expensive tip overs and less repairs on the trail.

The bad news, however, is the bike is just a prototype - at least at this stage. That means no pricing, production schedule, release date, power. None, zip, zero information. Which in our opinion stinks. We really like the concept and if it goes to production, we simply cannot wait to get our hands on one to see how it performs.