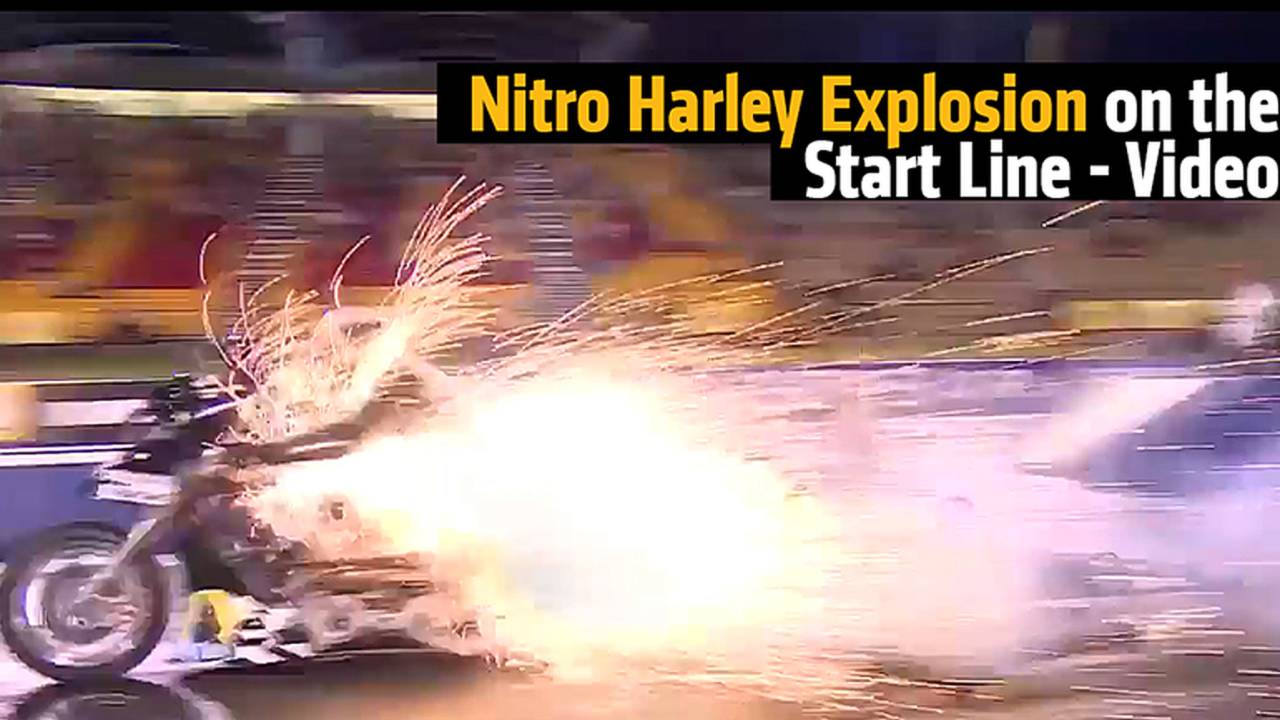 watch as this Nitro Harley has a major explosion on the start line.

The bad luck isn’t the one explosion, it’s that an on-track explosion sidelined him for a couple months and this race was supposed to be his long awaited return to racing."The explosion torched both heads and melted all the wiring and air lines down the left side of bike with controls the shut off for the fuel," said Chris. "The bike is in pieces still as I need a new set of heads from UPM."

In June, a similar explosion damaged the cylinder heads, wiring, air lines and the crank. “The rebuild was a complete strip down to bare frame, new motor, wiring, air lines,” he told the ANDRA. “It pretty well melted everything."

As made apparent in the video, Chris is just fine. His bike and wallet... not so much.

So, what's it like to straddle a fireball like that? Well Chris is kind of a badass, let him explain why, "Ask any Harley fuel bike rider there's nothing like it on earth. We wear a ballistic trauma plate under our leathers normally, but as the local police took mine last week so I had to ride without it. It felt like some one hit me in the chest with a sledge hammer, but I was more pissed about the bike to worry about the pain."