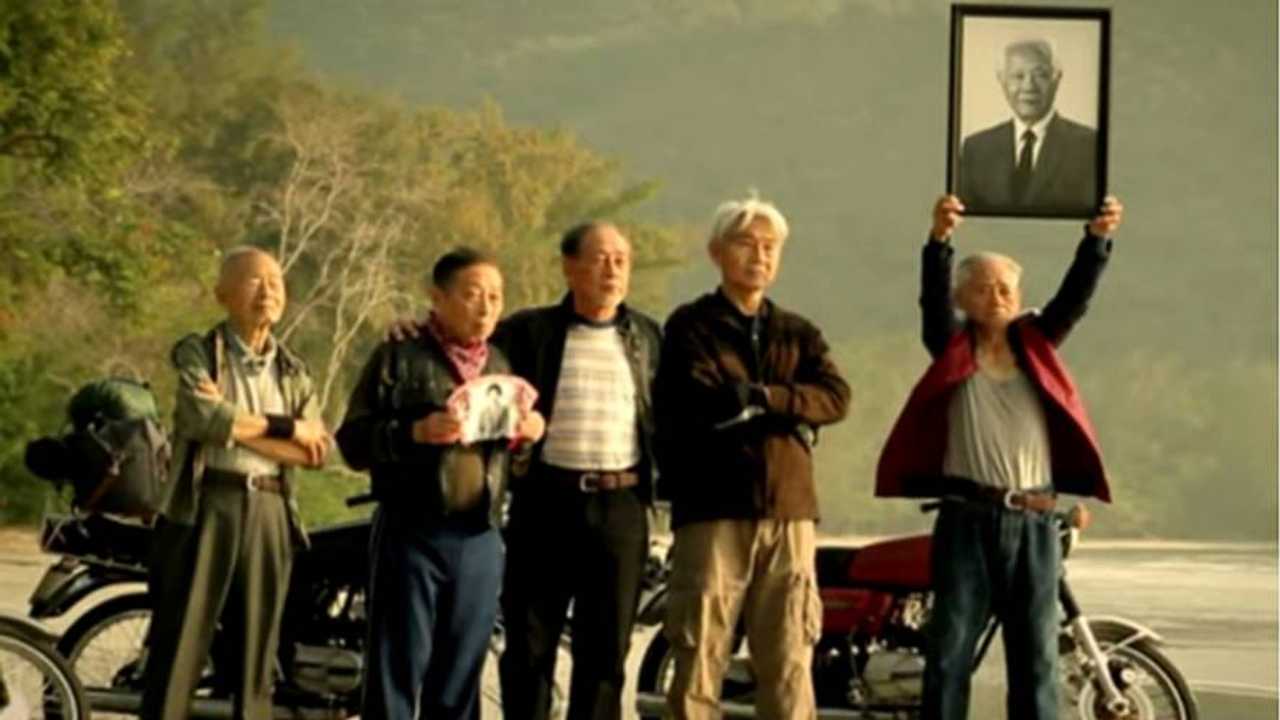 A sentiment we can all get behind (even in commercial form): Life is short, hop on the bike, have an adventure.

Videos that glorify motorcycles and the lifestyle that follow are fairly common in the age of the internet. They often infuse the elements of freedom, adventure, friendship and a rebel attitude because well...that’s just a few of the things we experience on a bike.

With the Super Bowl being over and, more importantly, the Super Bowl commercials being over, I got to thinking, which commercial or video has been my favorite over the years? And I remembered this one. It never aired in the US as it was produced as a commercial for a major bank in Taiwan touting how financial investment will enable you to chase your dreams. And, while it is technically just an ad, it also stands alone as a damn fine short film highlighting the fact that it’s never to late to live a little and go on an adventure.

These old guys are toward the end of their lives. They have lost family members, their bodies are beginning to fail, and while sitting around a table at the wake of a friend, one exclaims, simply but forcefully, “Let’s ride motorcycles.”

For 13 days the old guys dust off their old machines and travel around Taiwan by bike reliving the glory of their youth despite their individual ailments. They pay tribute to those no longer living by living themselves.

I have often thought about how being a motorcyclist will evolve as I get older. I came to this game late, but, for me, the last 5 years have been shaped almost entirely by these machines. They have affected my course in life, the professions I’ve chosen to pursue, and likely the decisions I will make in the future. I don’t know what the future holds, but I do hope that when I am an old man I’ll still be able to go on an epic adventure like these guys.

Share your life-affirming motorcycle adventures in the comments below (and Happy Friday!)